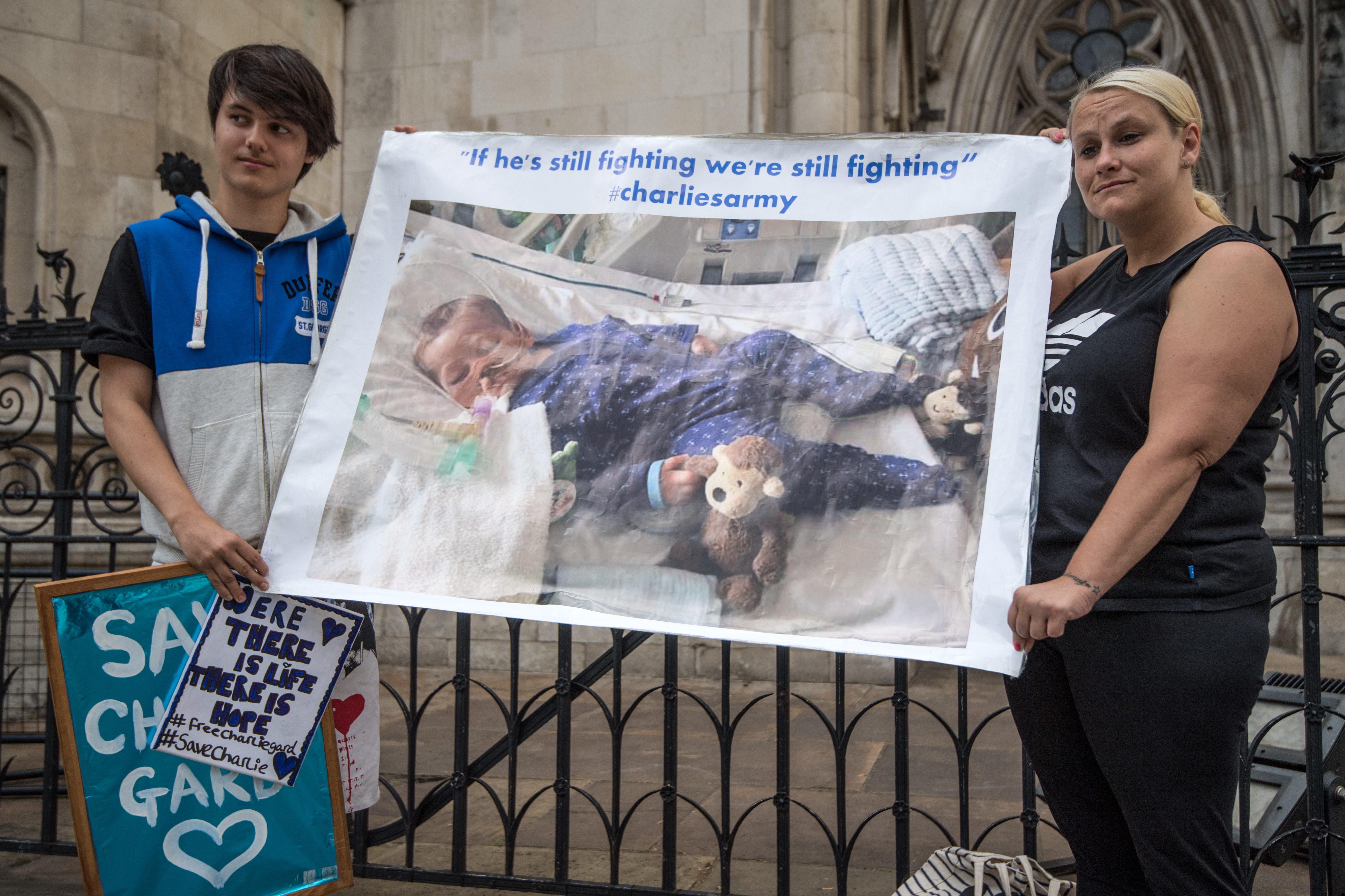 Dr. Michio Hirano of Columbia University will talk with doctors from Great Ormond Street Hospital and the child's mother, Connie Yates, on Monday and Tuesday.

The hospital gave Hirano an honorary contract, which gives him the same status as its own physicians. Under the arrangement, Hirano and another doctor, whose name is protected by court order, will be allowed to examine Charlie and have access to his medical records and hospital facilities.

The parents have fought in court for permission to take the child to the United States for treatment. Doctors at Great Ormond Street Hospital argue that a new treatment won't help and could make the child suffer -- a decision backed by both British and European court decisions.

The family appeared to be running out of options before President Trump and Pope Francis both urged that everything be done to try and help the infant, even if the chances of improvement were slim.

More than $1 million has been raised independently to cover the expenses of transporting the infant to the United States if that move is eventually permitted by British courts.

Charlie suffers from mitochondrial depletion syndrome, a rare genetic disease that has left him brain-damaged and unable to breathe unaided.

Hirano's visit was organized during a court hearing last week after he testified the treatment was worth a try.