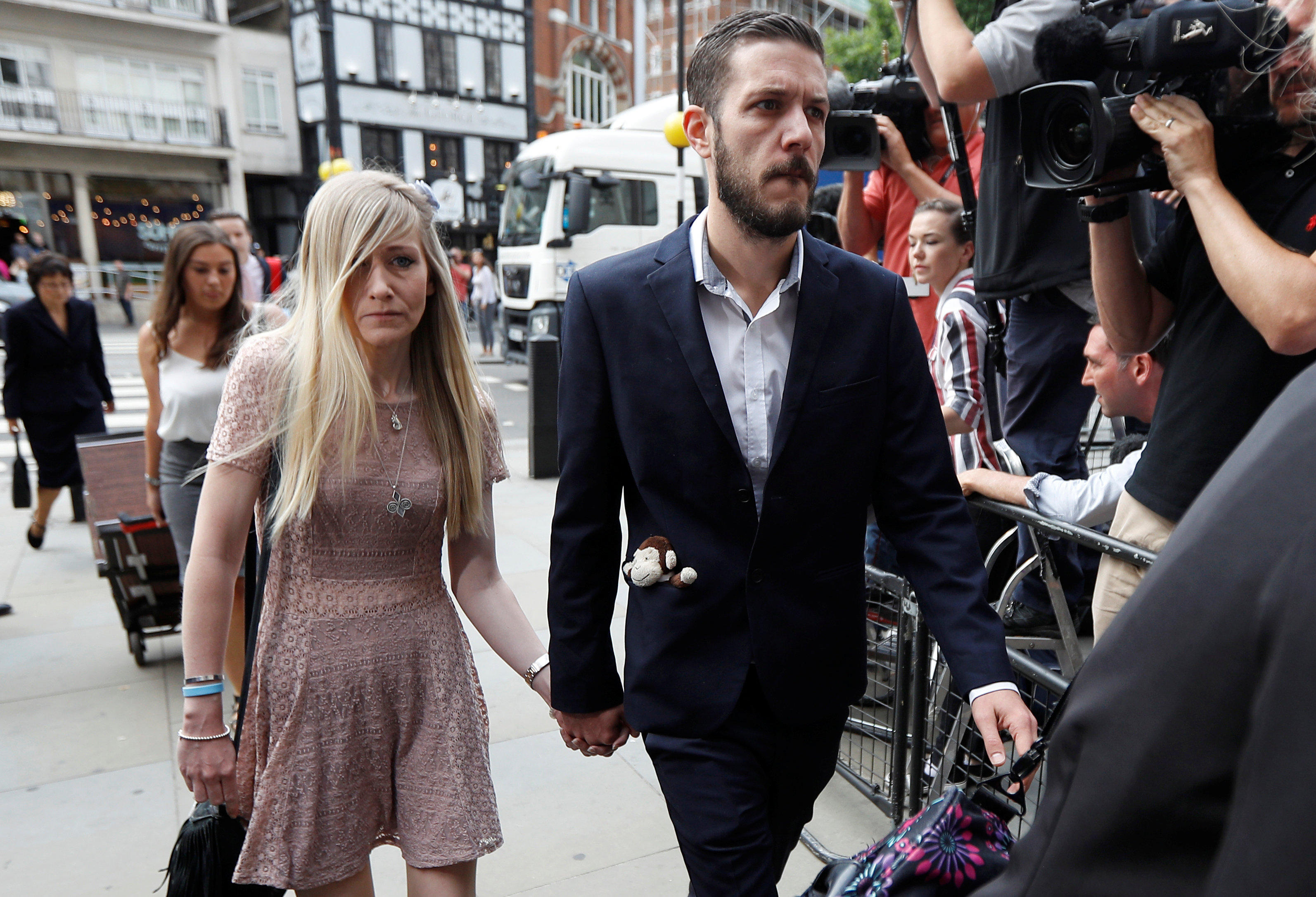 LONDON -- The parents of a baby with a rare disease returned to a court in London on Thursday, hoping for a fresh analysis of their wish to take the critically-ill child to the United States for medical treatment.

Charlie Gard's parents disagree with Britain's most famous children's hospital on how best to care for the 11-month-old with a rare genetic condition.

Great Ormond Street Hospital argues experimental treatment in America won't help and may worsen Charlie's suffering. He has mitochondrial depletion syndrome, a rare genetic disease that has left him brain damaged and unable to breathe unaided. The hospital says there is no known cure and believes his life support systems should be turned off.

The parents want to try -- but it isn't up to them.

Chris Gard and Connie Yates stormed out of Thursday's hearing when the judge suggested that their argument has not been consistent. Chris Gard punched a table, while his wife said: "We said he's not in suffering and in pain. If he was we wouldn't be up here fighting for that."

Court was adjourned for a lunch break and the couple reportedly returned to the proceedings afterward.

British judges are tasked to intervene when families and doctors disagree on the treatment of people unable to speak for themselves. The rights of the child take primacy, with the courts weighing issues such as whether a child is suffering and how much benefit a proposed treatment might produce.

"Unlike the USA, English law is focused on the protection of children's rights," said Jonathan Montgomery, professor of Health Care Law at University College London. "The USA is the only country in the world that is not party to the U.N. Convention on the Rights of the Child; it does not recognize that children have rights independent of their parents."

Montgomery said that while it was right to consider the views of Charlie's parents, the court will not make a determination on this basis.

"This case is about Charlie's rights and what the evidence tells us that they require," he said. "That will be the only consideration of the judge at the hearing."

Judge Nicholas Francis, who ruled in favor of doctors in April, says he will consider any new evidence. The courtroom was packed, as Francis heard arguments on differences of medical opinion.

"We are continuing to spend every moment, working around the clock to save our dear baby Charlie," they said in a statement before the hearing. "We've been requesting this specialized treatment since November, and never asked the hospital, courts or anyone for anything -- except for the permission to go."

A succession of judges has backed specialists at Great Ormond Street. Britain's Supreme Court ruled it was in the boy's best interests to be allowed to die with dignity. The European Court of Human Rights rejected an appeal from the parents, which briefly stalled their legal options.

But days afterward, President Donald Trump and Pope Francis gave the parents new hope by shining an international spotlight on the ethical debate.

Francis issued a statement insisting on the need to respect the wishes of the parents to "accompany and treat" their son to the very end.

Americans United for Life and other groups have seized upon the case, arguing the infant needs a "chance at life." Petitions have circulated to offer support and others have arrived at Charlie's bedside to pray.

A huge crowd appeared at Britain's High Court to observe the proceedings.

A decision was not expected on Thursday.