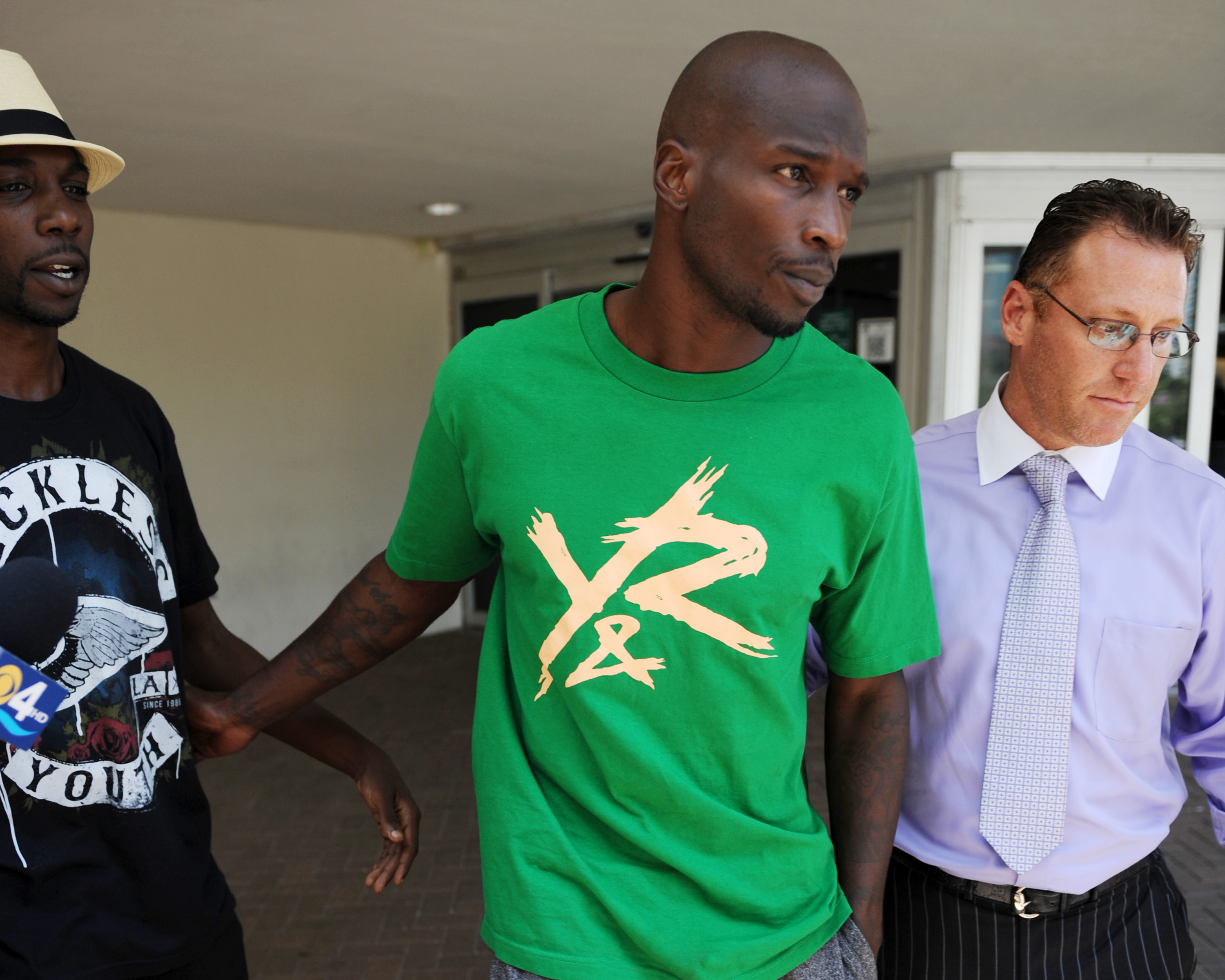 Pictures: NFL Athletes in trouble with the law

The neighbor is recorded saying that the Saturday night altercation involved a "high profile person." He repeatedly urged police not to make a big scene when coming into the South Florida neighborhood.

During the call, the neighbor tells Lozada to wipe the blood from an open wound on her head. Lozada can be heard in the background saying Johnson hit her with his head. The neighbor tells the dispatcher the woman will likely need stitches.

Johnson was arrested and bonded out Sunday morning. The Dolphins terminated Johnson's contract Sunday night, about 24 hours after he was arrested. Coach Joe Philbin said the decision to release the six-time Pro Bowl player wasn't based on any single incident and wasn't made to send a message. Philbin said the Dolphins simply decided the fit was wrong for both the team and Johnson.

The incident also caused VH1 to cancel plans for a reality show featuring Johnson and his wife.