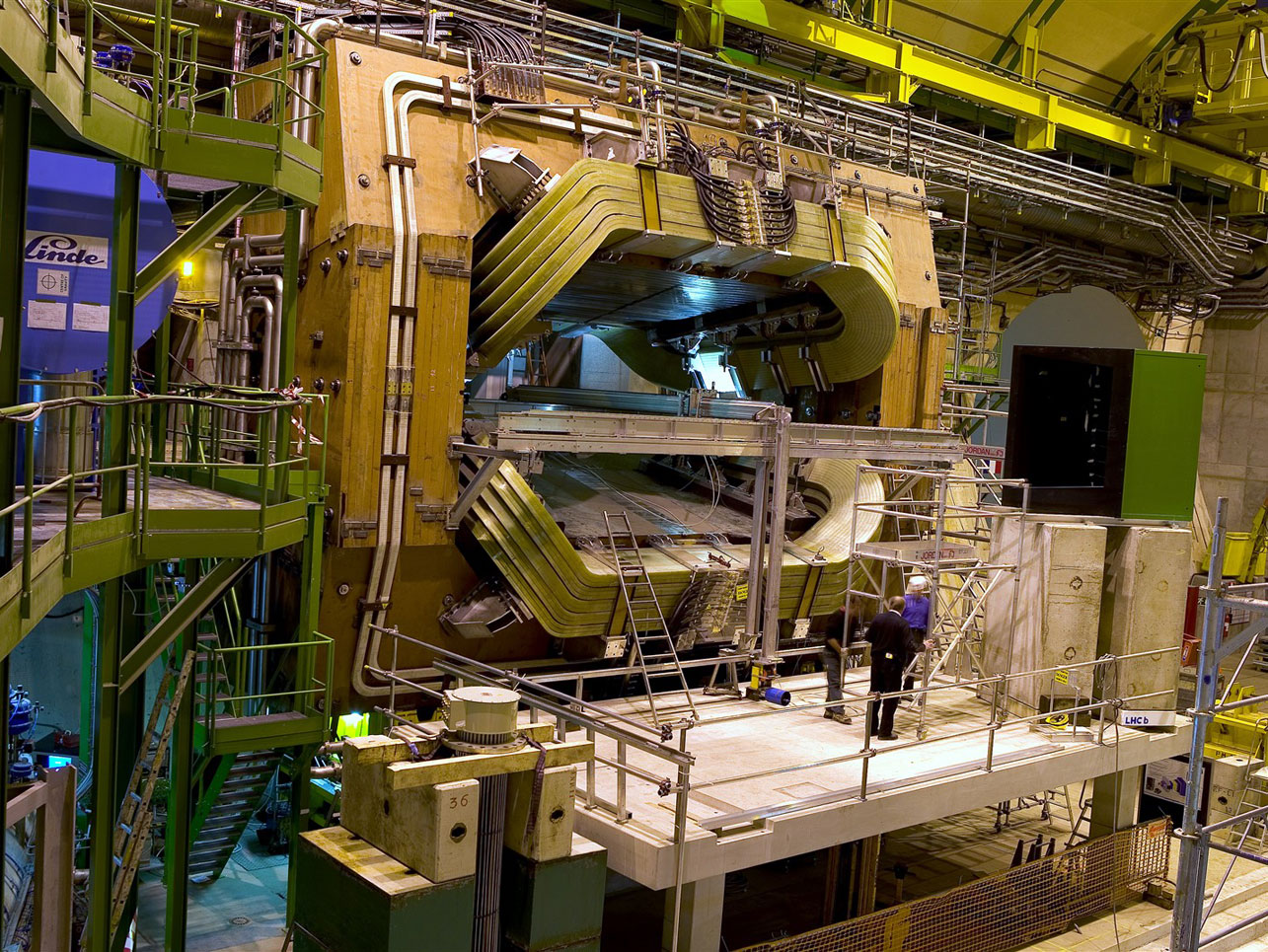 The Large Hadron Collider (LHC) collaboration at CERN discovered a known difference between matter and antimatter, contradicting a long believed theory that they were more similar. The research was part of the Large Hadron Collider beauty (LHCb) experiment which focuses on studying a particular particle called a "beauty quark."

"The discovery of the asymmetric behavior in the particle comes with a significance of more than 5 sigma, a result that was only possible thanks to the large amount of data provided by the LHC and to the LHCb detector's particle identification capabilities," Pierluigi Campana, spokesperson for the LHCb collaboration, said in a statement. "Experiments elsewhere have not been in a position to accumulate a large enough number."

Up until this discovery it was a common scientific belief that antimatter and matter existed in the same quantities at the beginning of the universe, around the time of the big bang, and as the universe developed, the amount of matter took over. Currently, it is believed that the universe is almost all matter.

While this discovery backs the Standard Model for physics, it will also help scientists understand the differences in the particles that make up matter and antimatter.The LHCb will be able to conduct experiments to explain why matter is much more bountiful than its counterpart.

"By studying these CP-Violation effects we are looking for the missing pieces of the puzzle, which provide stringent tests of the theory and are a sensitive probe for revealing the presence of physics beyond the Standard Model," said Campana.

After the VTech hack, tips to keep kids safe online

The recognition of the CP-Violation in 1964 by Val Fitch and James Cronin led to them winning the Nobel Peace Prize for Physics in 1980.

The researchers submitted their results Thursday in a paper to "Physical Review Letters."

The LHC is a giant atom smasher in Geneva, Switzerland and has also been instrumental in many other discoveries including the Higgs boson in March.