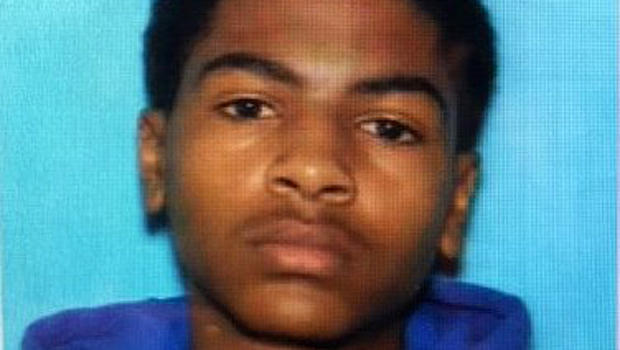 MOUNT PLEASANT, Mich. -- Two people who weren't students were fatally shot at a Central Michigan University residence hall on Friday, prompting officials to put the campus on lockdown as police searched for a 19-year-old suspect described as armed and dangerous, officials said. Campus police believe the shooting "started from a domestic situation," the university said in a statement.

Central Michigan University police Lt. Larry Klaus identified the suspect as James Eric Davis Jr., a black man who was 5 feet, 10 inches tall and weighed 135 pounds. Klaus said Davis was last seen wearing a dark hoodie but it wasn't known whether he changed his clothes because several items of clothing were found in the area.

The university identified the two dead as James Davis Sr. and Diva Davis. Records show they're from Plainfield, Illinois. Central Michigan University police said James Eric Davis, Jr. fatally shot his parents who had arrived at the dorm to pick him up from school, adding that the killings stemmed from a "domestic situation," CBS Detroit reports. Davis' father, James Davis, Sr., was a part-time police officer at the Bellwood Police Department in Illinois, according to reports.

The shooting occurred on the last day of classes before spring break. Parents who were trying to pick up students were told to stay off campus and go to a local hotel where staff would assist them.

Halie Byron, 20, said she locked herself in her off-campus house, about a 10-minute walk from Campbell Hall. She had planned to run errands before traveling home to the Detroit area.

"It's scary thinking about how easy a shooter can come into a college campus anywhere -- a classroom, a library. There's so much easy access," Byron said.

In the surrounding community, students and staff in the Mount Pleasant school district were told not to leave nine buildings. Visitors also weren't being allowed to enter.