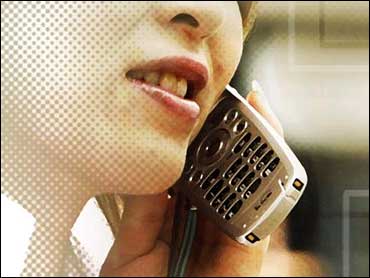 But the actual volume of customer requests to move a number to a new carrier likely totaled less than 100,000 for the day, well shy of the forecasts that perhaps millions of cell phone users might try to switch on Monday, according to feedback from several industry sources. Many would-be switchers were said to be waiting to make sure the process runs smoothly enough so they're not left without service due to unexpected glitches.

TSI Telecommunication Services Inc., the company hired by five of the six national cell companies to serve as intermediary for the process, found that "activity has been at the lower end of what industry estimates have projected," spokeswoman Helen Harris said.

Verizon Wireless, the nation's biggest mobile carrier, was far more boastful than its rivals, reporting more than twice the usual traffic in its stores and declaring the day a clear success. No. 2 Cingular Wireless said portions of its Web site were down for about two hours as the company added capacity to handle heavier-than-normal visits. Other carriers, Sprint and AT&T Wireless, reported a modest increase in visitors to their stores.

Howard Markowitz, a cell phone user since 1985 who has had the same wireless number for about 12 years, was planning to change providers as soon as Monday evening because he can't get reception inside his office with his current carrier, AT&T Wireless. Colleagues at his plumbing supply company in the Bronx, New York City, have no trouble getting indoor reception with rival carriers Verizon and Nextel, he said.

"I have to walk out in the street to use my phone," said Markowitz, who still has his very first cell phone, a giant-sized handset made by NEC that cost him about $2,000. "I check my voice mail two or three times day from a landline phone to get my cell phone messages."

Monday was rife with publicity stunts by mobile phone companies determined to put the best spin on how they were faring with the possibly biggest change to hit the cellular industry.

Cingular issued a statement announcing "one of the first" conquests of a rival's customer: five-time world boxing champion Felix "Tito" Trinidad, whose request to switch was processed just after midnight in Puerto Rico, where the new rules took effect an hour earlier than on the mainland.

Verizon Wireless stationed more than 25 public relations personnel at stores across the country and distributed updates by e-mail with photographs and comments of customers switching to that company.

Federal Communications Commission spokesman David Fiske said the agency is not tracking the telephone number transfers because there are no reporting requirements.

Some experts cautioned that switchers shouldn't expect the handoff of phone numbers to take less than three hours, as mandated by the FCC.

Leery of new price wars in an already fiercely competitive market, cellular carriers were fighting as recently as September to block or delay the new rules, which cover the nation's 100 largest markets. Rural cellular providers are still seeking to stop the change, which takes effect as early as May 24 in their coverage areas.

The new regulations, mandated by the FCC, also allow consumers and businesses to move their home or office number to a cell phone. On Friday, a federal court rejected a last-minute bid to block that portion of the rules by the trade group representing the Bell local phone companies.

Since only 3 percent of the nation's 152 million cell phone users have cut the cord by turning off their home phones, most of the activity spurred by the FCC's rules was expected to be switches among rival cellular companies.

Still, the freedom to take a wired number to a mobile phone could spell more trouble for the Bells as cellular coverage and service improves: A survey released Sunday by the Pew Internet & American Life Project found that 21 percent of Americans with cell phones say they have "very" or "somewhat" seriously considered canceling a home telephone line since they began using a cell phone.