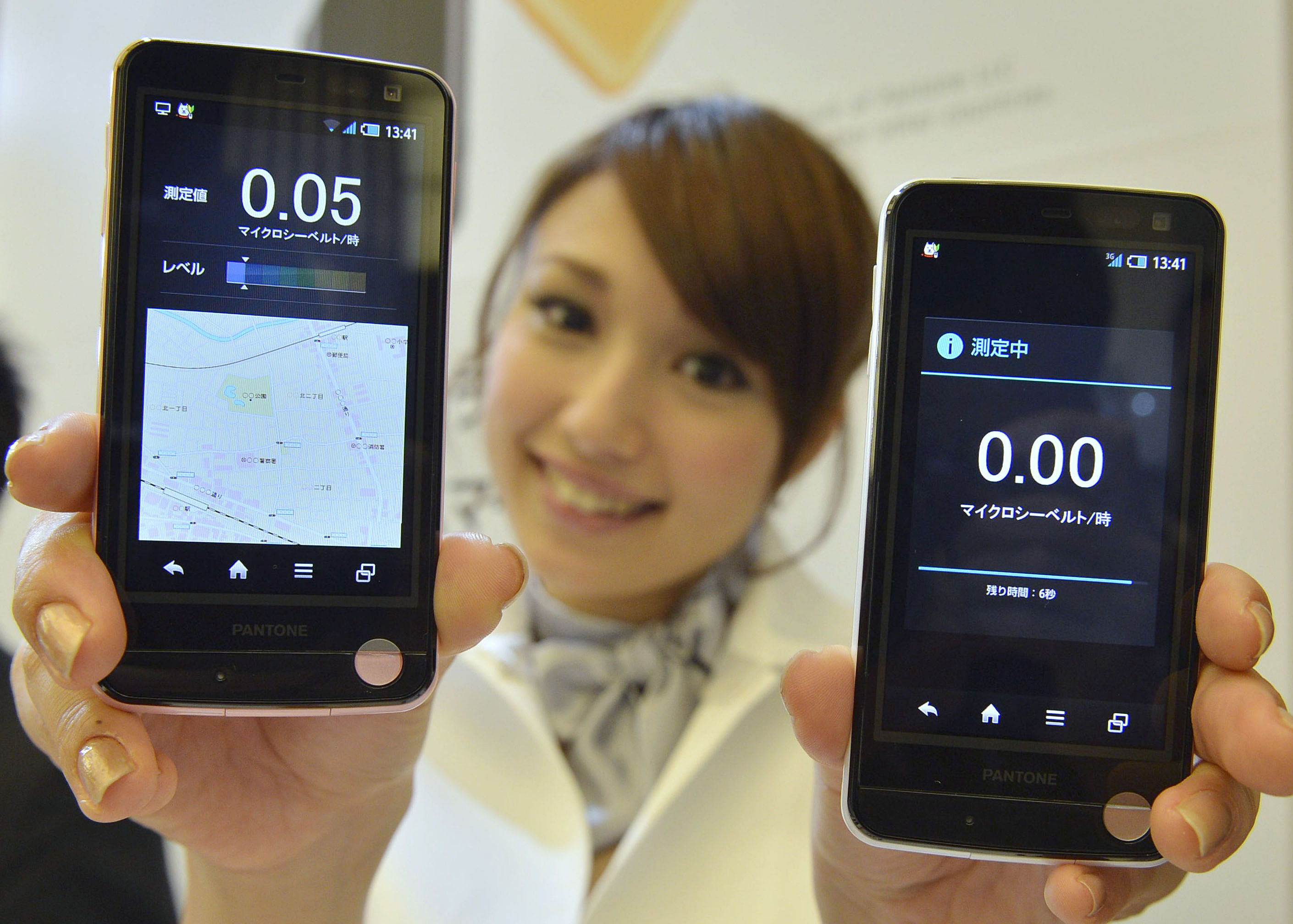 (AP) TOKYO - Worries over radiation are so rampant in Japan after last year's nuclear meltdowns that the world's first cell phones with built-in radiation monitors are going on sale.

Softbank Corp., the carrier for the hit Apple iPhone and iPad in Japan, says the Pantone 5 mobile device, which shows the microsieverts-per-hour number on a display at a push of a button, will go on sale in July. Pricing was not announced.

The tsunami last March in northeastern Japan set off meltdowns and explosions at Fukushima Dai-ichi nuclear plant. Areas near the plant are a no-go zone. But "hot spots" have popped up in many places, including Tokyo. Many Japanese are worried, especially families with children.

Softbank President Masayoshi Son publicly opposes nuclear power after the disaster, and is an aggressive proponent of solar and other renewable energy.

He said he was responding to concerns sent into the company, including requests on Twitter.

The device by Japanese electronics maker Sharp Corp. works like a dosimeter. It measures the radiation in one's surroundings, such as on the ground or in the air, in two minutes. It does not measure radiation in food or water.

People in parts of Fukushima are still being exposed to radiation higher than the 1 millisievert a year set as safe by Japan before the disaster. Studies have found that cancer risks rise at an annual exposure of 100 millsieverts or above but aren't statistically detectable at lower levels. Below 100, experts can't say for sure whether it's safe, just that a link to cancer can't be proven.