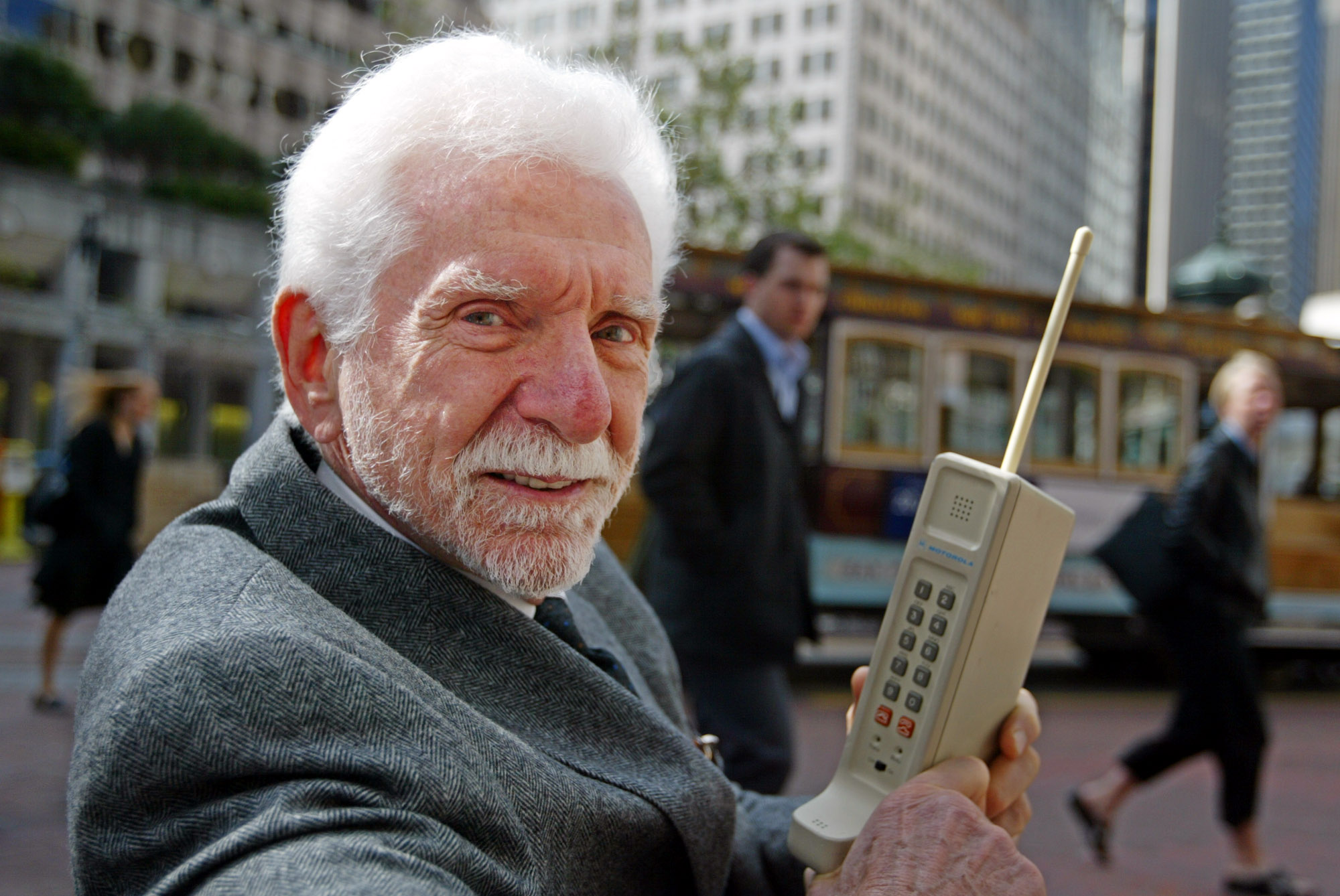 Martin Cooper knew he had something special in his hands when he invited reporters to watch him make the first cell phone call on April 3, 1973, in New York City.

"This is a time when there were no cordless phones. And certainly no cell phones. And here's this guy talking as he was walking along. And I stepped into the street and nearly got creamed by a New York taxicab. So talk about being prescient and seeing a picture of the future," Cooper told "60 Minutes" correspondent Morley Safer.

Boy, did that call change our lives.

The DynaTAC phone weighed about 2.2 pounds and was 10 inches long. It was about 10 years before Motorola made the cell phone available to the mass market.

Cooper and his colleagues filed a patent for a "radio telephone system"  in October of 1973, but the phone did not become commercially available until 1983. It cost about $4,000 to purchase.

The idea for cell phones was born out of Bell Laboratories in the late 1940s. In an interview with Cisco Systems, Cooper tells the story of how a man named Reid wrote a memo that suggested mobile communications might be possible in the future.

This past February, five men were honored with the Charles Stark Draper Prize by the National Academy of Engineering as co-inventors of the cell phone.

Cooper, along with Joel S. Engel, Richard H. Frenkiel, Thomas Haug, and Yoshihisa Okumura were granted the honor for their contributions to the first cellular telephone networks, systems and standards.

As the cell phone began to become available to consumers, we saw the device's size shrink. Motorola's StarTAC line and Nokia phones were popular in the 1990s.

The 40th anniversary of the cell phone comes just as the tech industry prepares to take another leap with wearable devices, like Google Glass and the rumored "smartwatches" from companies like Apple and Samsung.

Cooper thinks the modern cell phone is still in its infancy and believes there is still room for improvement.

"Technology has to be invisible. Transparent. Just simple. A modern cell phone in general has an instruction book that's bigger and heavier than the cell phone. That's not right," Cooper said.