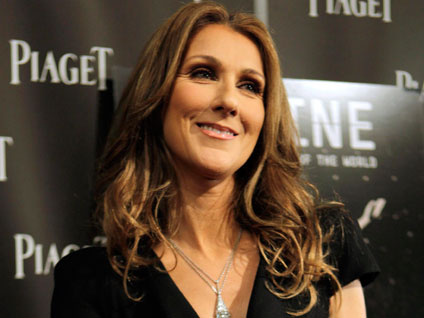 NEW YORK (CBS) Celine Dion and Rene Angelil have announced the names of their newborn sons - Nelson and Eddy.

The singer gave birth to the fraternal twins on Saturday via C-section at St. Mary's Medical Center in West Palm Beach, Fla. She and the babies left the hospital on Wednesday night.

The boys were named, not for the American opera singer who appeared in 1930s movies, but for a musical colleague and a Nobel Prize winner.

"He was like a father to her," Dion's rep told People magazine. "Eddy is a major influence in both Celine and Rene's lives."

Nelson is named after former South African President Nelson Mandela, whom Dion met two years ago while kicking off her would tour in South Africa.

"Rene said that in just the few minutes they were able to spend with him, they were impressed by the human being he is," the rep said, adding, "Celine and Rene want their children to be inspired by their names, because they were so inspired by these men."

Dion told the French magazine Gala that she and her husband had been "going a little bit crazy" trying to decide on names for the newborns. Her mother wanted French names, she said, while her 9-year-old son, Rene-Charles, hoped for American ones.

According to the magazine, Dion's mother and three sisters came home with her to help with the babies.