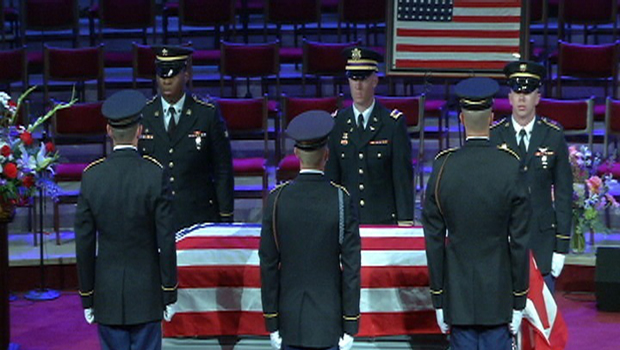 Once the smoke cleared, his fellow soldiers noticed the 19-year-old from Shelbyville was missing.

Sixty-eight years later, in 2013, a French national located a possible grave marked by a rock with a crude "H" engraving.

When officials excavated the site, they found Harris' dog tags.

"The Lord answered my prayers after 70 years," Harris' widow, Helen Harris Cooke, 90, who was pregnant when Harris went to war, told The Tennessean newspaper.

Harris' funeral was held in Chattanooga, where Cooke lives.

Tennessee Gov. Bill Haslam declared Oct. 22, the day Harris is expected to be buried at Arlington National Cemetery, to be a day of mourning with flags at half-staff to honor Harris' ultimate sacrifice.