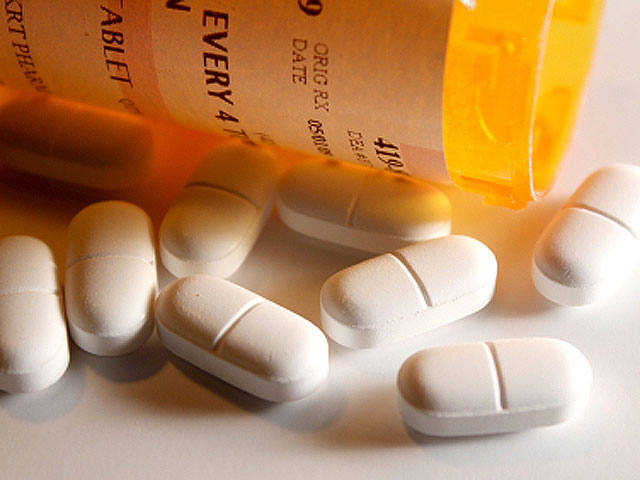 More than five times as many women women died of prescription painkiller overdoses in 2010 than in 1999, the Centers for Disease Control and Prevention reported on Tuesday.

About 48,000 women have died from painkiller overdoses between 1999 and 2010, an increase of 400 percent over the period. In 2010, that amounted to about 18 women every day. About half of all women's overdose deaths were due to prescription painkillers.

The startling statistics were revealed in a CDC Vital Signs report on July 2. Prescription painkillers include opioid or narcotic pain relievers, including drugs like Vicodin, OxyContin, Opana and methadone.

"We need to better understand how dangerous these drugs are," CDC director Dr. Tom Frieden told CBS News. "They shouldn't be used lightly, (only) where they are essential, necessary, something like severe cancer pain, they are important tools. But all too often, the risks are way higher than the benefits because it may be a lifelong addiction."

Since 2007, more women have died from drug overdoses than motor vehicle crashes. Women ages 45 to 54 are at the highest risk of dying from taking too many painkillers. About 10 percent of female suicides are committed with prescription painkillers.

In addition, women between 25 and 54 are more likely than any other age group to have to go to the emergency room due to prescription painkiller misuse or abuse. For every woman who died of a prescription painkiller overdose, 30 more went to the emergency room for misuse or abuse. The rate of ER visits was about one woman every three minutes in 2010.

Overall, drug overdose deaths rose for the 11th straight year in 2010, and in 60 percent of the fatalities prescription painkillers were involved. Opioid deaths were involved in three out of four medication-related deaths.

The CDC reported that men are still more likely to die from painkiller overdoses. Male prescription painkiller deaths also increased by 265 percent in the same time frame, but the gap between the two genders is closing.

Experts say that increased painkiller prescription rates may be behind the rising numbers.

Dr. David Sack, CEO of Promises Treatment Centers, previously told CBSNews.com that there was a push to treat pain symptoms 40 years ago, which increased the frequency of painkiller prescription. He said people feel comfortable using prescription drugs because they come from pharmacies and doctors, but do not realize they can have devastating effects if used together or if someone takes too many.

"It's kind of the Heath Ledger phenomenon," Sack explained. "Even though any one of them are not enough to cause an overdose, two or three of theme together is enough."

Opioid prescriptions belong in the same family of drugs as heroin. Sack has also noted many cases of people turning to black tar heroin from prescription drugs because it is cheaper.

Women were also more likely to die of overdoses due to medicines for mental health conditions like antidepressants or benzodiazepines (anti-anxiety or sleep drugs) than men.

Overdose isn't the only problem. Prescription drugs taken by pregnant women can put the fetus at risk of neonatal abstinence syndrome (NAS). NAS is a group of symptoms that happen when a newborn has been exposed to addictive illegal or prescription drugs -- including amphetamines, barbiturates, benzodiazepines, cocaine, marijuana and opiates/narcotics -- while in utero. It is similar to fetal alcohol syndrome (FAS), which happens when a mother abuses alcohol while pregnant.

The CDC said the U.S. government is tracking prescription drug overdose trends to monitor the epidemic, teaching health care providers and the public about the warning signs of abuse, and creating programs to help treat prescription drug abusers and those who overdose. In addition, the CDC says the Affordable Care Act should provide better access to mental health and substance abuse treatment programs for those who need it.

The CDC is encouraging health providers to recognize the signs of prescription drug abuse in their patients and follow guidelines when it comes to prescribing medications. Doctors should avoid giving painkillers and benzodiazepines to the same patient, and help pregnant women who are addicted seek help. Prescription drug monitoring programs (PDMPs) can also help track patients who are abusing drugs and the system.

Patients should discuss which medications they are taking, including over-the-counter ones, with their health care provider and only use them as directed. As soon as they are done using treatment, they should discard any leftover medication. Patients should never sell or share their prescription drugs, and be open with their health care provider about their pregnancy plans before they take prescription drugs.

"Everyone has a role to play in reversing this," Frieden said. "Patients need to understand that opiates are not always the answer. They are dangerous drugs. Doctors need to be more careful about prescribing and state governments, Medicaid programs, insurance companies can set up systems to safe guard patients and identify if there are doctors or patients who have problematic patterns and then intervene there."

Singer-songwriter Julien Baker made her national TV debut on "Saturday Sessions" three years ago. Since then, the Memphis native has won growing and glowing praise for her deeply personal songs about life's most challenging struggles. Her latest album, "Little Oblivions," is nothing short of beloved by critics. From Nashville, Julien Baker performs “Heatwave."

Singer-songwriter Julien Baker made her national TV debut on "Saturday Sessions" three years ago. Since then, the Memphis native has won growing and glowing praise for her deeply personal songs about life's most challenging struggles. Her latest album, "Little Oblivions," is nothing short of beloved by critics. From Nashville, Julien Baker performs "Faith Healer."

Singer-songwriter Julien Baker made her national TV debut on "Saturday Sessions" three years ago. Since then, the Memphis native has won growing and glowing praise for her deeply personal songs about life's most challenging struggles. Her latest album, "Little Oblivions," is nothing short of beloved by critics. From Nashville, Julien Baker performs "Hardline."