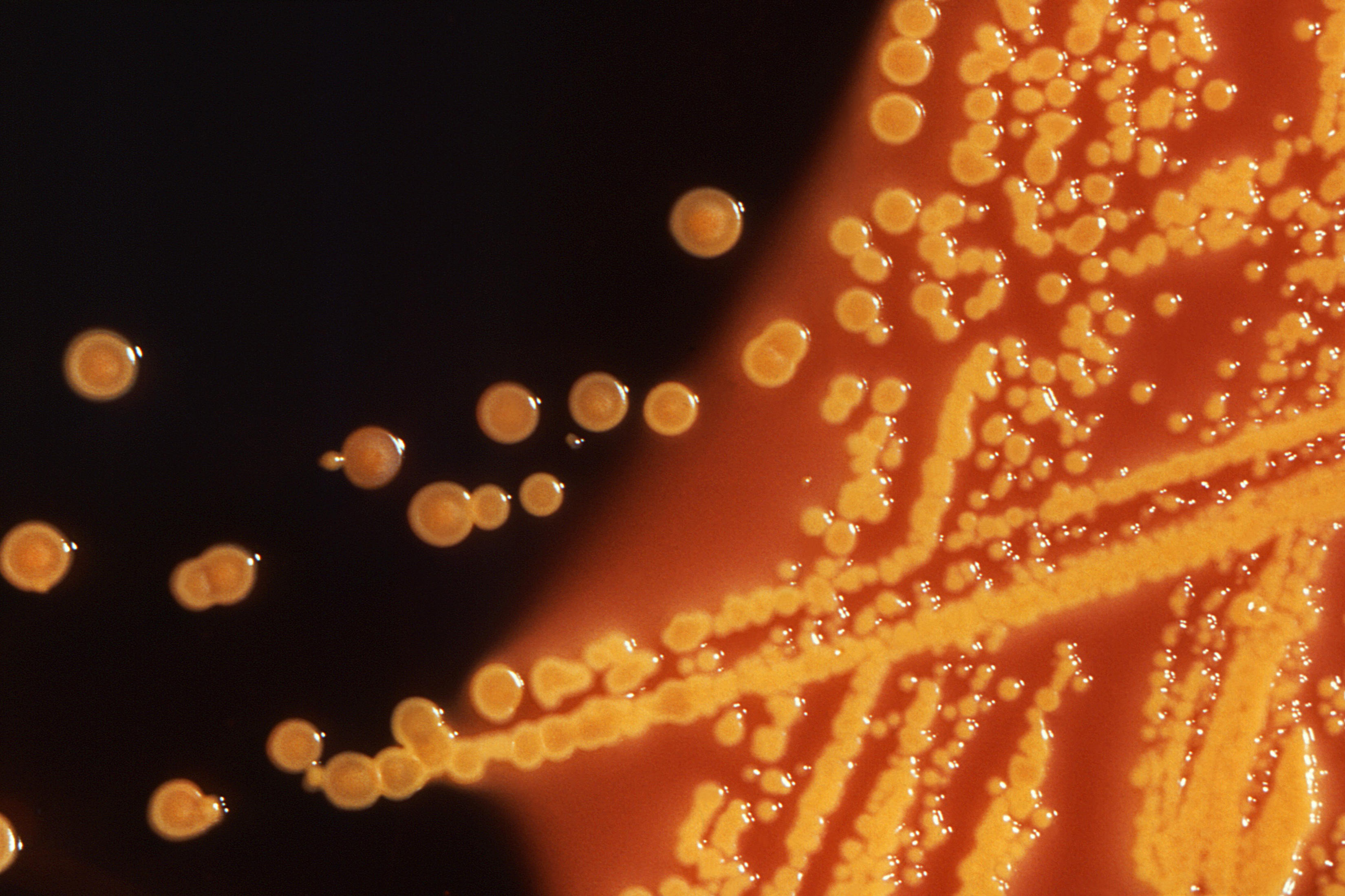 Update: The CDC has identified the likely source of the outbreak as chopped romaine lettuce from the Yuma, Arizona growing region. Read the latest here.

The Centers for Disease Control and Prevention is investigating an outbreak of a particularly nasty strain of E. coli that's sickened people in seven states. The illnesses from Shiga toxin-producing E. coli O157:H7 has landed six people in the hospital.

So far, the CDC reports 17 people have been affected in Washington, Idaho, Missouri, Ohio, Pennsylvania, New Jersey, and Connecticut.

Health officials have not yet been able to identify the source of the outbreak.

"It can be very difficult to determine where someone got sick," officials from the New Jersey Department of Health said in a statement. "Individuals could have eaten a number of meals in a number of places before becoming ill. They could have eaten at several restaurants, at home or eaten food purchased at a supermarket. Sometimes the food source associated with illness is never determined."

People typically get sick three to four days after eating food contaminated with the Shiga toxin-producing E. coli bacteria. Symptoms include diarrhea, which can be bloody, severe stomach cramps and vomiting. The illness usually clears up within a week but sometimes can linger longer.

Severe cases can lead to a type of kidney failure called hemolytic uremic syndrome (HUS). Signs of HUS include fever, abdominal pain, pale skin tone, fatigue and irritability, small, unexplained bruises or bleeding from the nose and mouth, and decreased urination. These complications are more common in young children under 5, older adults, and people with weakened immune systems.

Officials are in the early stages of investigating the cause of the current outbreak, which involves lab tests and interviewing patients who became ill.

"They are like detectives. These detectives who are called epidemiologists will go and start investigating, they will look at all patients," Dr. Raj Kapila, a professor in the department of medicine at Rutgers University in New Jersey, told CBS New York. "They will take a detailed questionnaire, saying, What did they do? What did they eat? Where did they go? Even, did they wash their hands?"

E. coli is often spread via what health officials delicately call the "fecal-oral route," meaning bacteria from feces gets into food or utensils a person puts in their mouth. The germs can also be left behind on surfaces touched by an infected person who didn't wash their hands.

The CDC recommends the following steps to help prevent infections from E. coli: