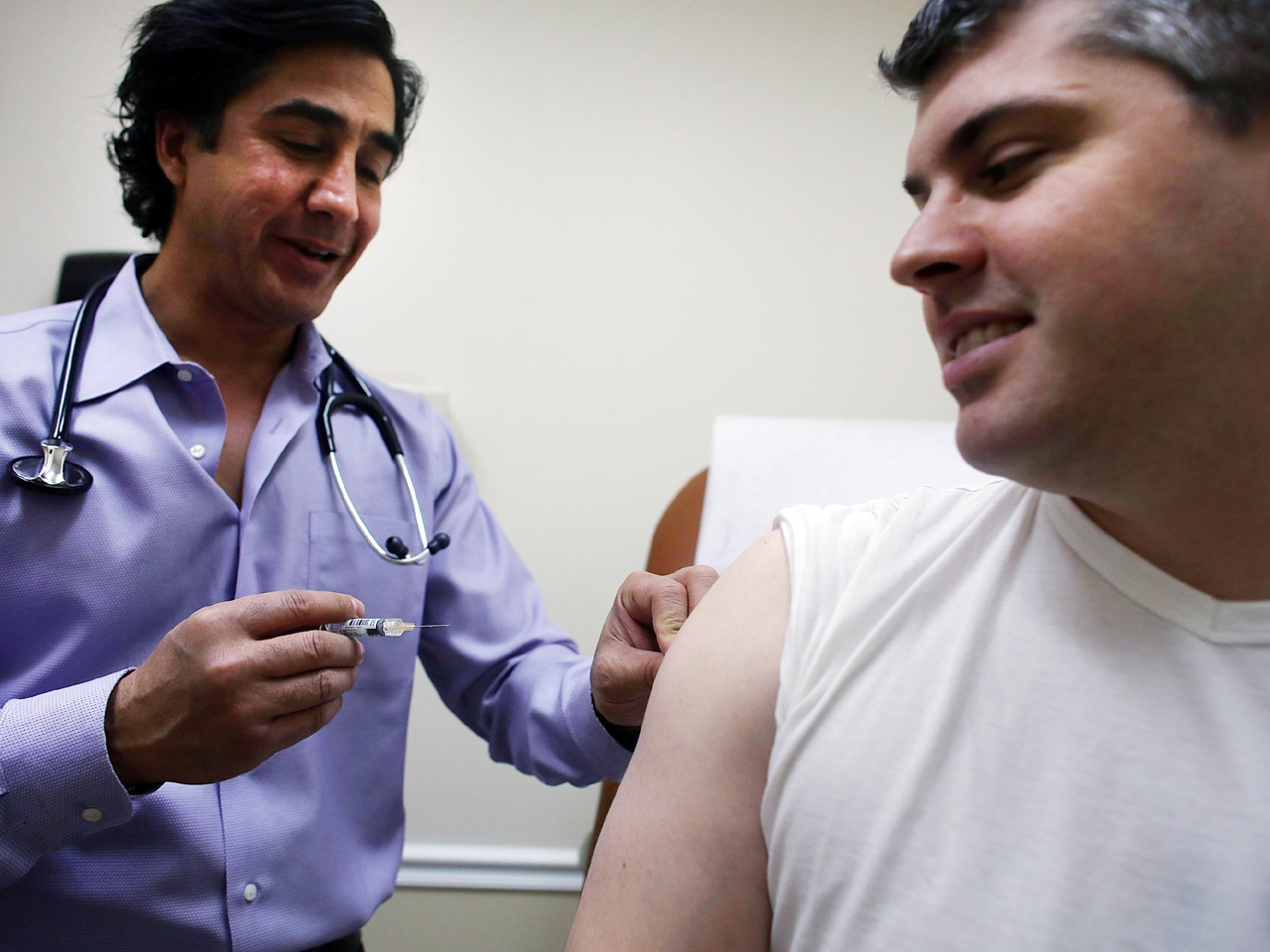 A flu epidemic continues to hit the United States, according to newly released statistics from the Centers for Disease Control and Prevention.

For the week of January 6-12, 8.2 percent of all deaths were tied to influenza and pneumonia, the CDC reported, which exceeds the 7.2 percent threshold used to measure an epidemic. Last week 7.3 percent of deaths were attributed to flu and pneumonia. The CDC called the rise in proportion of flu-related deaths a sharp increase.

Forty-eight states are seeing widespread flu activity, meaning more than 50 percent of its counties are reporting flu, while 30 states and New York City experienced high activity of influenza-like illness. Illnesses appear to be increasing in the West, and the only two states not showing widespread activity are Tennessee and Hawaii.

"The bottom line is that the flu season continues," CDC director Dr. Tom Frieden, told reporters during a Friday conference call. "We're in the middle of flu season, about half way through."

Last week's report showed widespread flu activity in 47 states and high activity of "influenza like illness" in 24 states and New York City. At the time of that report, the CDC thought the virus may have peaked for some regions including the South and Southeast, however the agency noted the numbers may not provide a complete picture because they detailed disease activity during holiday season, a time people may be less likely to see doctors.

Also over the past week, nine more pediatric deaths were reported, raising the total to 29. In the last 10 flu seasons, between 43 and 153 children have died from flu in the United States, according to the FDA. The CDC does not track adult deaths related to flu, but noted in its report that a high proportion of deaths in people 65 and older are occurring.

"Even a single death in a child is one too many," said Frieden.

This year's predominant flu strain is H3N2, the CDC said; 153 children died during the 2003-2004 flu season when it was a particularly bad year for that strain.

"These rates are undoubtedly an underestimate," said Frieden. He added that H3N2 flu tends to be more severe for the elderly, and these hospitalization rates are comparable to previous flu seasons when H3N2 was the predominant strain.

Frieden explained that flu-related statistics come in waves, so increasing rates of disease and hospitalizations will likely be followed by increases in flu-related deaths.

That's why early treatment with an antiviral such as Tamiflu and Relenza is so important, according to CDC. When given promptly within 48 hours of disease onset, the drugs can reduce symptoms and duration of illness, and reduce the risk for hospitalization and death, Frieden said. For high-risk patients such as the elderly, young children and those with asthma or underlying diseases, the treatments can mean the difference between a mild illness or a trip to the intensive care unit.

Dr. Margaret Hamburg, commissioner of the Food and Drug Administration, told reporters during the conference call that some areas of the country are experiencing shortages of liquid Tamiflu, shortages that may persist for the remainder of the flu season. The liquid formulation is most often given to children.

Because of these shortages, Hamburg reported that Tamiflu-maker Genenetech has received permission to release 2 million more units of Tamiflu pills, which pharmacists can then use to create liquid formulations for children. She said the FDA will continue to update the public on antiviral supply through its website.

The CDC and FDA also reported spot shortages of vaccines during Friday's conference call. Companies that provide the vaccine were projected to give out 135 million doses of vaccine for this flu season, and to date 129 million doses have been distributed. Hamburg said another 10 million doses will be distributed, raising the total to 145 million flu vaccines; however, some formulations of the vaccine may be harder to come by. Doctors will be able to order more flu vaccines, she said, and people looking for shots should use the interactive map on Flu.gov to find available doses.

Last week, the CDC's new flu numbers coincided with the release of a study that looked at less than 1,200 patients and found the flu vaccine was 62 percent effective.

Dr. William Schaffner, chair of preventive medicine at Vanderbilt University and immediate-past president of the National Foundation for Infectious Diseases, told CBSNews.com this Tuesday that the figure means the vaccine will prevent flu completely 62 percent of the time. However, that doesn't mean people who got the shot won't get sick.

Other helpful tips to reduce your risk for flu include proper hand-washing, coughing into your elbow, avoiding contact with sick people and keeping your hands out of your eyes, nose and mouth.