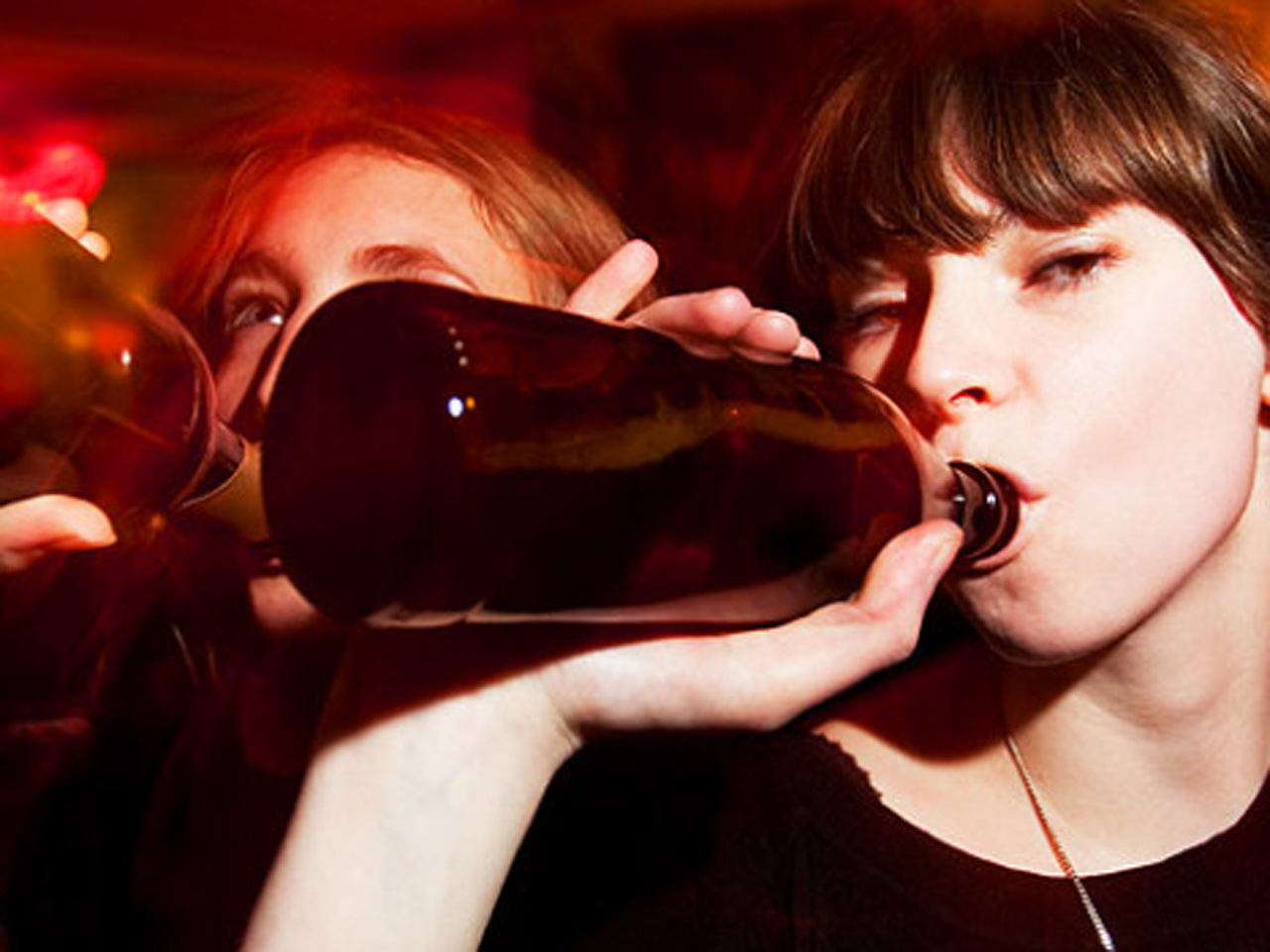 The dangerous activity of binge drinking -- defined as consuming four or more alcoholic drinks at one time -- can take a toll on anyone's health. And, as the Centers for Disease Control and Prevention reveals in a new report, it's an under-recognized activity that almost 14 million American women participate in about three times a month.

Binge drinking costs 23,000 lives and 633,000 years of potential life lost (YPLL) each year during 2001 through 2005 for women and girls in the U.S., the authors wrote. Binging increases the risk of getting breast cancer, heart disease, sexually transmitted diseases, unintended pregnancy and other health issues, the authors noted. It may also lead to sudden infant death syndrome (SIDS), fetal alcohol spectrum disorders, and an increased risk for ADHD if pregnant women binge drink. That's not to mention the safety risks including those associated with operating a vehicle and other drinking-related injuries, unintentional or violent.

The National Institute on Alcohol Abuse and Alcoholism said to stay "low-risk" drinkers, women should drink no more than three drinks a day and no more than seven drinks a week. Going over that limit puts people at risk for alcohol dependence or alcohol abuse, a problem which one in four people who drink already have.

The study revealed that U.S. women aged 18 to 34 were most likely to binge drink. Whites and Hispanics and women who live in a household making about $75,000 a year were also highly likely to consume excessive amounts of alcohol at one occasion.

The CDC recommended that federal agencies and national partners should recognize that binge drinking is an important women's health issue and work with organizations and states to help promote proven recommendations to curb binge drinking, including limiting the number of stores that can sell alcohol, holding retailers liable for harms related to sales to minors, and measures to increase the prices of alcohol. Doctors and medical professionals should also ask their patients more about their drinking habits and emphasize to pregnant women the dangers of consuming alcohol.

While some studies tout health benefits for alcohol, including recent ones that found protection against strokeor arthritisin women, the CDC said individuals shouldn't begin drinking or drink more frequently just because they hear of potential benefits. Drinking should be done in moderation -- meaning up to one drink daily for women and two for men. People under the age of 21, those who are pregnant or may become pregnant or those who have health problems that may be made worse by drinking should lay off the booze, says the CDC.

However, the Distilled Spirits Council, the trade association representing producers and marketers of distilled spirits sold in the U.S., told CBSNews.com in a statement that while they agree that over-consumption of alcohol is bad for any societal group, they feel that the CDC misrepresented how the problem of binge drinking is "unrecognized." They argued that the alcohol and beverage industry has made many moves to help combat the problem, including encouraging people to recognize the restrictions set in place for alcohol in the U.S. Dietary Guidelines. In addition, they cite the CDC's own data that binge drinking among girls has declined 25 percent over the last decade.