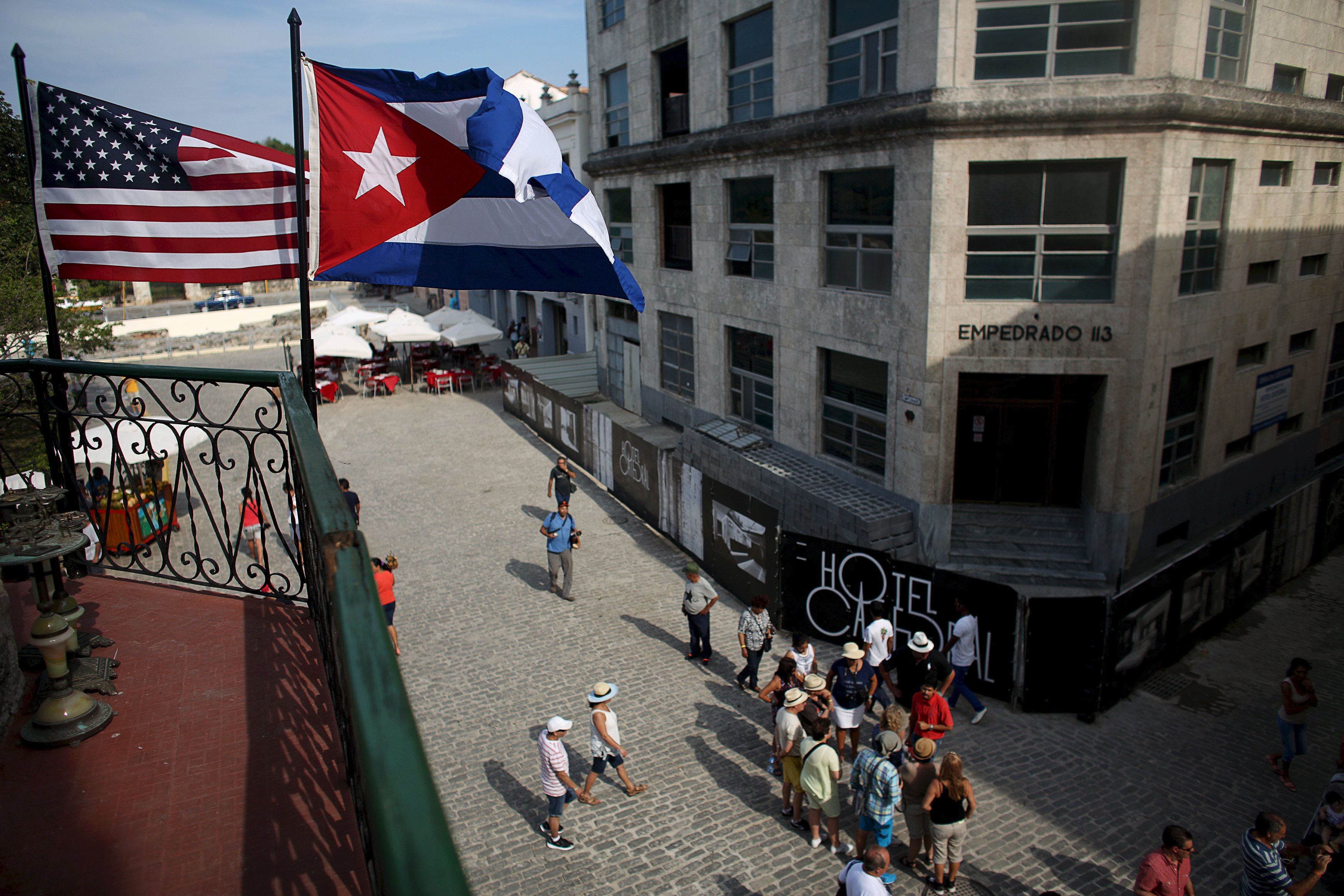 As President Obama travels to Cuba for his historic trip, a majority of Americans support restoring U.S.-Cuba diplomatic ties, according to a new CBS News/New York Times poll.

Fifty-two percent approve of the president's handling of relations with the island nation, according to the poll released Monday. Six in 10 Americans think restoring diplomacy with Cuba is mostly good for the U.S., but views are mixed on whether it will lead to more democracy in Cuba.

The public, however, doesn't share the President's goal of closing the prison at Guantanamo Bay: 52 percent want it to remain open.

In December 2014 Mr. Obama announced that U.S. and Cuba would resume diplomatic ties after more than 50 years. Fifty-eight percent of Americans support this, while just 25 percent oppose it. Most Democrats and independents favor re-establishing diplomacy, while Republicans are divided.

As President Obama visits Cuba - the first for a sitting U.S. president since Calvin Coolidge 88 years ago - more now approve of the President's handling of relations between the two countries. Fifty-two percent of Americans approve; a slight uptick from last summer and an increase of eight points since 2014. While Republicans may be split on the restoration of diplomatic ties with Cuba, a majority of them disapprove of how the President is handling relations with that country.

When asked what impact restored relations will have on Cuba, Americans are inclined to think it will lead to more democracy (40 percent) rather than less (3 percent). However, half think it will make no difference.

On the other hand, most Americans think it will benefit the U.S.; sixty-two percent think re-establishing relations with Cuba will be mostly good for the U.S. Republicans are less likely to view it that way than Democrats and independents.

Currently, Cuban citizens who arrive at a U.S. port of entry and pass an inspection can stay in the U.S. and apply for legal permanent residence after a year. Just a quarter of Americans think this policy should stay in place, while most think Cuban immigrants should now be treated like other immigrants trying to enter the U.S.

Overall, Americans' views of Cuba have grown more positive recently. Fifty-one percent now have a favorable impression of Cuba (similar to what a Gallup poll found in February). Prior to this year, Gallup polling consistently showed more negative than positive views of Cuba. Back in 1996, nearly nine in 10 Americans viewed the country unfavorably.

There are partisan differences: Most Democrats (56 percent) view Cuba favorably, compared to just over a third of Republicans (36 percent).

As favorable opinions of Cuba have risen so has interest in taking a trip there. Forty-three of Americans now say they would be very or somewhat interested in visiting Cuba, up 10 points from the fall of 2014. Still, traveling to Cuba doesn't appeal to most Americans - 57 percent have little or no interest.

Younger Americans have a greater desire than older Americans to go to Cuba. Along political lines, Democrats (49 percent) are more interested in such a trip than Republicans (24 percent).

Since assuming office, it has been a goal of President Obama's to close the U.S. military prison in Guantanamo Bay, Cuba and last month he sent his plan to Congress.

But the public disagrees with the President on this issue. Fifty-two percent of Americans want to see the prison remain open, including most Republicans and independents. A slim majority of Democrats wants Guantanamo Bay to be closed.