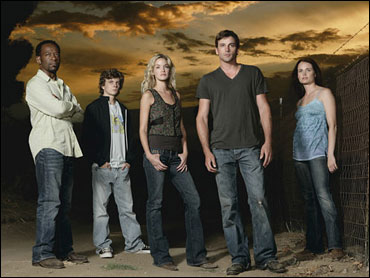 "Jericho" fans who slammed CBS with protests over the drama's cancellation have won the battle: It will return next season, the network said Wednesday.

"We did it!! We brought the show back!!" crowed "Jericho 1009" in the official CBS.com "Jericho" message boards.

It was an unusual display of viewer might since networks usually put ratings ahead of even the most passionate, well-organized fan base. But CBS said the show deserved another chance, while cautioning that it must prove it has wider appeal.

"Wow! Over the past few weeks you have put forth an impressive and probably unprecedented display of passion in support of a prime time television series," CBS Entertainment President Nina Tassler said in a letter to "Jericho" boosters.

The letter was posted on the CBS.com site.

"You got our attention; your emails and collective voice have been heard," Tassler wrote, and seven episodes have been ordered for midseason 2007-08. "In success, there is the potential for more. But, for there to be more 'Jericho,' we will need more viewers."

Fans must do their part to rally interest while the network does its job, she said.

And the fans in the message board promised to do just that.

"I will be wearing my 'Jericho' shirt all weekend long to events such as the Belmont Stakes so that the whole world (well at least tens of thousands of people) can know about 'Jericho' and tune in next season!!!!" said "peedeejones."

CBS is planning a campaign to reintroduce "Jericho," including rerunning the show on CBS this summer, streaming episodes and clips online and releasing the first season Sept. 25 on DVD. The show's return date and scheduling has yet to be determined.

CBS had to complete deals with cast members, including star Skeet Ulrich, before announcing its decision.

Networks rarely reverse a show's axing but CBS has proven its flexibility at least once before. In 1983, after "Cagney & Lacey" was canceled and the network was bombarded with protests, the police drama was brought back in 1984 — and ran successfully to 1988.

Since "Jericho" was canceled last month the network has been deluged with calls, messages and shipments of nuts signifying viewer displeasure.

"We are tired of the networks (not just CBS) tossing aside quality programming," was the message carried by jericholives.com, one of several Web sites protesting the cancellation. "Enough! We're going to fight for this one."

Clarke Ingram, a "Jericho" fan from Pittsburgh, Pa., and a spokesman for jericholives.com, said Tuesday that the drama about a Kansas town isolated by a nuclear terrorist attack deserved renewal for its daring premise, writing and acting.

"People would paint this as teenagers in tinfoil hats" rallying behind the show, said Ingram, 50, an operations manager for two radio stations. "That's not what this is. These are educated professionals."

Several factors worked in the show's favor: It appealed to the young adult viewers sought by advertisers and was one of CBS' most popular shows streamed online, indicating an audience beyond that measured by traditional ratings.

Last fall, "Jericho" was averaging 10.5 million viewers; when it returned in the spring, it drew about 8.1 million, about a 23 percent decline from the first half of the season.

The display of fan enthusiasm included the delivery of 50,000 pounds of peanuts to its New York offices. In the season finale, a character replies "Nuts!" to a demand that the beleaguered town of Jericho surrender.

That's the same response that a U.S. general in World War II made to a German demand for surrender at the Battle of the Bulge.

Another positive outcome of the fan campaign: CBS is donating the protest peanuts to charities, including one that sends care packages to troops overseas.

But the letter from Tassler ends, "P.S. Please stop sending us nuts."