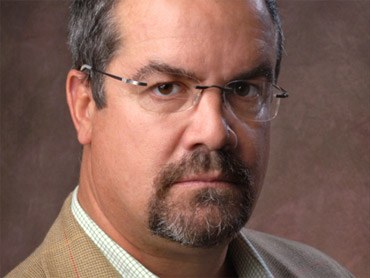 Late-night host David Letterman acknowledged on Thursday's show that he had sexual relationships with female employees and that someone tried to extort $2 million from him over the affairs.

CBS was made aware of an ongoing police investigation involving Letterman and an employee at "48 Hours," who was subsequently arrested Thursday on charges of attempted grand larceny in the first degree.

CBS is cooperating fully with the authorities and the employee has been suspended pending the results of the investigation. Letterman addressed the issue during the show's broadcast last night, and CBS believes his comments speak for themselves.

The "48 Hours" producer was taken into custody Thursday by two plain-clothes police officers outside the CBS News broadcast center in Manhattan.

Halderman is an award-winning journalist who has covered several wars for CBS, reports Wallace. He has worked as a producer for the real-life crime show "48 Hours" for more than a decade.

Letterman told his story during the taping of his show, mixing in jokes to an audience that seemed confused about what it was. He called it a "bizarre experience" that left him feeling disturbed and menaced.

In a release from the show's production company, Letterman said he referred the matter to the Manhattan district attorney's office. An investigation ended in the arrest Thursday after Letterman issued a phony $2 million check to keep the matter silent.

The late-night comic began his show by walking onstage and briefly leaning on a pillar with his back to the audience. Then he gave a monologue with jokes against frequent foils like Dick Cheney and Sarah Palin. He told his personal story after sitting behind his desk.

He said he was glad the audience was in a pleasant mood "because I have a little story that I'd like to tell you and the home viewers as well."

Letterman said he called his lawyer to set up a meeting with Halderman, who threatened to write a screenplay and a book about Letterman unless he was given money. There were two subsequent meetings, the last one resulting in the check being delivered.

He told the audience that he had to testify before a grand jury on Thursday.

"The creepy stuff was that I have had sex with women who work for me on this show," he said. "My response to that is yes, I have. Would it be embarrassing if it were made public? Yes, it would, especially for the women."

Whether they wanted to make the relationships public was up to them, he said.

said of Letterman, adding that Halderman could face between 9 and 22 years if convicted.

Letterman mixed in jokes while telling the story, keeping his audience off guard.

It was not immediately clear when the relationships took place; Letterman and longtime girlfriend Regina Lasko married in March. The couple began dating in 1986 and have a son, Harry, born in November 2003.

It's the second set of embarrassing headlines for Letterman in four months. In June, he apologized to Sarah Palin for making a crude joke about the former Republican vice presidential candidate's 14-year-old daughter. Although there was a small "fire Letterman" demonstration outside of his studio later, CBS stood by its late-night star.

After nearly 15 years in second place to NBC's Jay Leno in the ratings, Letterman took over the top spot this summer after Conan O'Brien became "Tonight" show host.

Letterman was also the victim of a 2005 plot by a former painter on his Montana ranch to kidnap his nanny and son for a $5 million ransom. The former painter, Kelly A. Frank, briefly escaped from prison in 2007 before being recaptured.