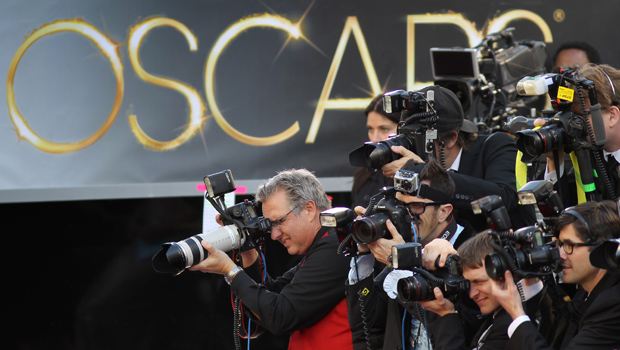 As Hollywood prepares for the annual presentation of the Academy Awards tonight, most Americans say they think Hollywood has too much influence on American politics and culture, according to a new CBS News poll.

Also, those who will be watching what the stars wear on Oscar Night are more interested in the best-dressed than the worst-dressed; and they think the people who work behind the scenes of movies deserve more credit than they get when the envelopes are opened.

The Influence of Hollywood

From celebrities advocating causes to movies about political and social issues, Hollywood has long been involved in American politics and social values. Most Americans think it has too much influence.

There are differences by party affiliation: more than three-quarters of Republicans, and most Independents (61 percent), think Hollywood's influence is too much, while less than half of Democrats (48 percent) think it is too much.

The Stars: Best- or Worst-Dressed?

People love to see what the stars are wearing at the Academy Awards, and it turns out most are more interested in seeing them dressed well than dressed badly.

The People Behind the Scenes

But while the stars and what they wear may get the most attention, it takes a lot of people working behind the scenes to make the movies that get nominated for Oscars. Many Americans don't think those people get enough of the limelight at the Academy Awards. Forty-nine percent of Americans think the people who work on movies behind the scenes don't get enough credit, while another 33 percent think they get the right amount of credit. Six percent think they get too much credit.

This poll was conducted by telephone from February 12-16, 2014 among 1,026 adults nationwide. Data collection was conducted on behalf of CBS News by Social Science Research Solutions of Media, Pa. Phone numbers were dialed from samples of both standard land-line and cell phones. The error due to sampling for results based on the entire sample could be plus or minus three percentage points. The error for subgroups may be higher. Interviews were conducted in English and Spanish. This poll release conforms to the Standards of Disclosure of the National Council on Public Polls.