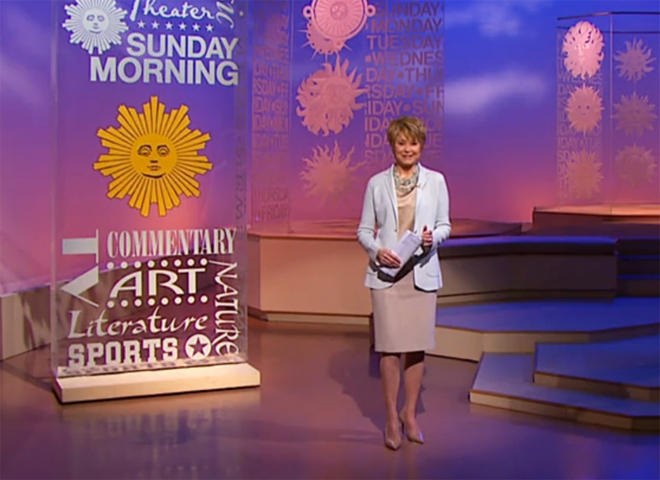 Jane Pauley will anchor the special, which features "Sunday Morning"'s award-winning lineup of correspondents delivering insightful reporting on issues that matter to Americans, profiling top entertainment figures, taking an in-depth look at the world of art, design and architecture, and much, much more.

The broadcast is a celebration of the series' 40 years on air.

The broadcast launched Jan. 28, 1979 with Charles Kuralt as anchor. Charles Osgood was named Kuralt's successor in 1994 and held the position until he stepped down in September 2016, when Jane Pauley was named anchor.

Since its inception, the broadcast has earned virtually every honor available in broadcast journalism, including three Daytime Emmy Awards for Outstanding Morning Program.

"Sunday Morning," which airs Sundays at 9 a.m. ET, also streams on CBSN beginning at 9:30 a.m. ET and repeated at 1 p.m. ET, and is available on cbs.com, CBS All Access, and On Demand. You can also download the free "Sunday Morning" audio podcast at iTunes and at Play.it.