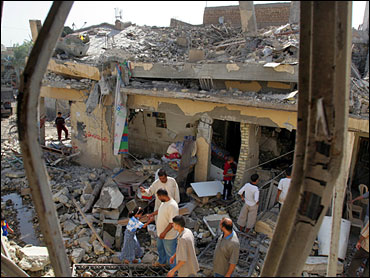 A Viacom spokeswoman says the merger officially occurred when CBS stock was transferred to Viacom stock.

The decision followed Wednesday’s approval of the merger by the Federal Communications Commission.

"This is a truly momentous and historic occasion for Viacom as we combine with CBS to create an unparalleled entertainment and information enterprise, with incomparable creative capability and extraordinary reach," said Viacom Chairman and CEO Sumner Redstone. "Our businesses span all ages and all audiences, across virtually all media."

The FCC gave the companies one year to shed some TV stations to comply with rules that limit the percentage of national audience one company may reach through its own stations.

The companies also would have a year to comply with another FCC rule that bans one entity from owning two networks. Under their deal, the companies would have CBS and the fledgling UPN network, which Viacom owns.

The companies would hold onto the UPN network during the one-year period.

The FCC also is reviewing the dual network ban, and it could be relaxed by the time the companies had to comply with the agency's rule.

"There is no public service argument that could be made that would warrant the death of UPN, which is just what would happen if we don't get it," Sumner Redstone said. He said he hopes and expects they will be able to keep UPN. "If we keep it, it will succeed."

Regulators gave the merged company six months to abide by rules that limit how many television and radio stations one company can own in the same market. The agency ruled that in five markets the combined company would exceed the caps.

Commission approval is the final step in the process. The Justice Department last week announced that it had determined that the deal did not raise any antitrust concerns.

The deal, originally valued at $36 billion when it was announced, combines the owner of hip properties like MTV and VH1 with the old-line broadcast network that has brought viewers 60 Minutes and Murder, She Wrote.

The merger was announced last September, and approved by the two companies’ stockholders in late December.

It gives CBS a television and film studio to provide shows for its network. Viacom gains major advertising outlets to promote the films and shows produced by Paramount and its Spelling Entertainment TV studio.

The marriage to Viacom followed a period in which CBS went through several complicated organizational changes. In November 1995, Westinghouse Electric Corporation acquired CBS, Inc., but the name of the entire company was changed in November 1997 to simply CBS. The same year, the company sold off its remaining industrial components.

Some media critics have blasted the CBS-Viacom deal.

When the merger was first announced, Janine Jackson of the advocacy group Fairness and Accuracy in Reporting predicted it would, "open the floodgates for more giant media mergers, and accelerate the trend of media synchronizing their programming…What all that 'synergy' means for the public is less choice about where we get our information."