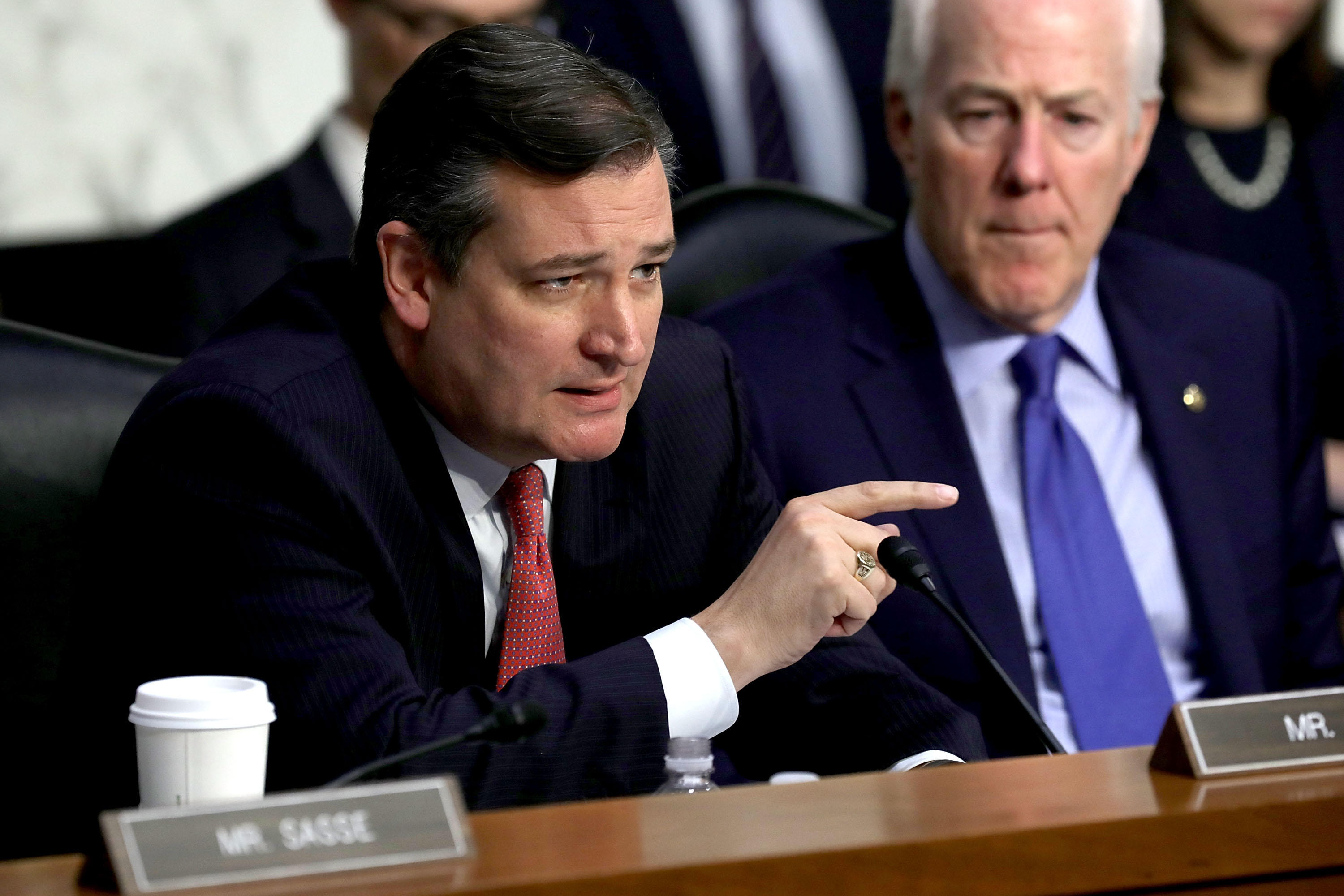 As lawmakers head back to Washington after their July 4 recess, Senate Republicans wary of the current iteration of the health care plan are waiting for the Congressional Budget Office's (CBO) formal score of Texas Senator Ted Cruz's amendment to the bill.

Axios first reported that Senate Republicans had asked the CBO to analyze Cruz's plan -- calling for one estimate of the bill that includes the Texas Senator's changes and one that doesn't, so that they might get a better sense of the impact of his proposal, according to a GOP aide familiar with discussions.

The original CBO report for the Senate's Better Care Reconciliation Act (BCRA) estimated that 22 million more Americans would not have health insurance, while reducing the deficit by $321 billion over the next decade. CBO also found the BCRA would lower average premiums by 20 percent in 2026 compared to current law, but in 2018, premiums would go up by 20 percent and in 2019 would rise by 10 percent compared to current law.

The revised scores are likely to be released this week, as lawmakers tackle several big agenda items for the remainder of July. On top of health care, they're working on a budget resolution, tax reform and sanctions legislation involving Russia and Iran.

As the August recess quickly approaches, President Trump urged members to act, tweeting on Monday that he could not imagine that Congress would "dare leave Washington without a beautiful new health care bill full approved and ready to go!"

Under Cruz's and Utah Senator Mike Lee's Consumer Freedom Option, insurance companies would be allowed to sell any health coverage plan they wish, so long as they also provide one plan that satisfies the mandates of the Affordable Care Act.

"By guaranteeing them at least one Obamacare compliant plan, we're guaranteeing them exactly what they have now but giving them more options. Options that would inevitably unleash free market forces, that would in turn bring down the price of health care. That's what we want to do. As to those who would be on the Obamacare-compliant plan still, there are ways of funding those. There are ways of making sure that those don't go down into a downward spiral," Lee said of the proposed plan.

Speaking on "Face the Nation" on Sunday, Cruz also defended the plan, saying that failure is not an option for Republicans who ran on the hope of repealing and replacing Obamacare.

"This has been a central promise Republicans have made to the voters for seven years. I think we've got to deliver. And the way to deliver, what I have been urging more than anything else, the way to get this done, let's focus on lowering premiums," said Cruz.

He added,  "What it says is, 'You, the consumer, you, the patient, should have the freedom to choose the insurance you want.' It shouldn't be the government dictating what insurance you can buy. So that if an insurance company offers at least one plan that's consistent with a Title One mandate, so that meets all of the mandates that you've got to provide right now."

Cruz went on to say that his proposed amendment would be designed to be a compromise to bring together conservatives and moderates.

"The biggest reason so many millions of people are unhappy with Obamacare is that it's made their premiums skyrocket. If we can fix that with commonsense solutions, give people more choices, more options, more freedoms, and lower premiums, that'll be a win."

Democrats including Senate Minority Leader Chuck Schumer, of New York, have since called Cruz's plan "a hoax," saying the only way to improve health care is for Republicans to work in a bipartisan way.

Lee also acknowledged the plan might not garner enough support, saying that if Republicans can't agree, Congress should repeal Obamacare, and provide a fix at a later date.

"If we adopted a measure, if we passed a measure repealing Obamacare, we put a delayed implementation measure in there, with the understanding that, at that point, after passing the repeal measure, we would undertake this step-by-step process of deciding what comes next, I think it's easier," he said on "Face the Nation."