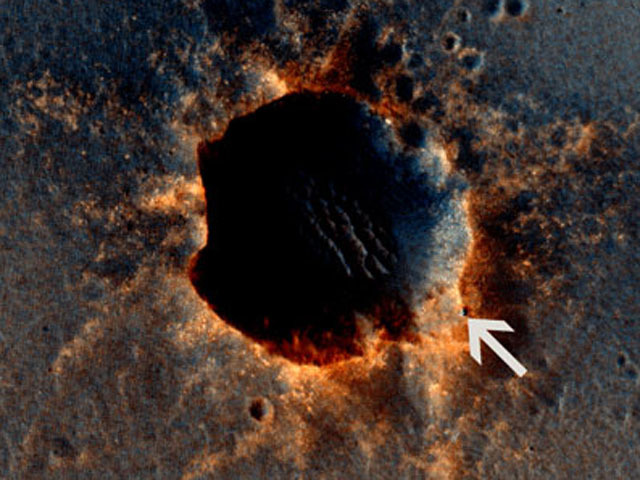 An orbiting space camera just sent back to Earth this image of NASA's Mars Exploration Rover Opportunity approaching the so-called "Santa Maria" crater. The probe was photographed as it was extending its robotic arm to get close-up photos of a rock called "Ruiz Garcia." For NASA scientists, this is all gravy. Opportunity completed its official three-month designated exploration of the Martian surface in April 2004. Since then, the mission has been extended for as long as the rover can function.

Since it began to orbit the Red Planet, the Mars Reconnaissance Orbiter, which took this photo, has transmitted more than 70,000 images.