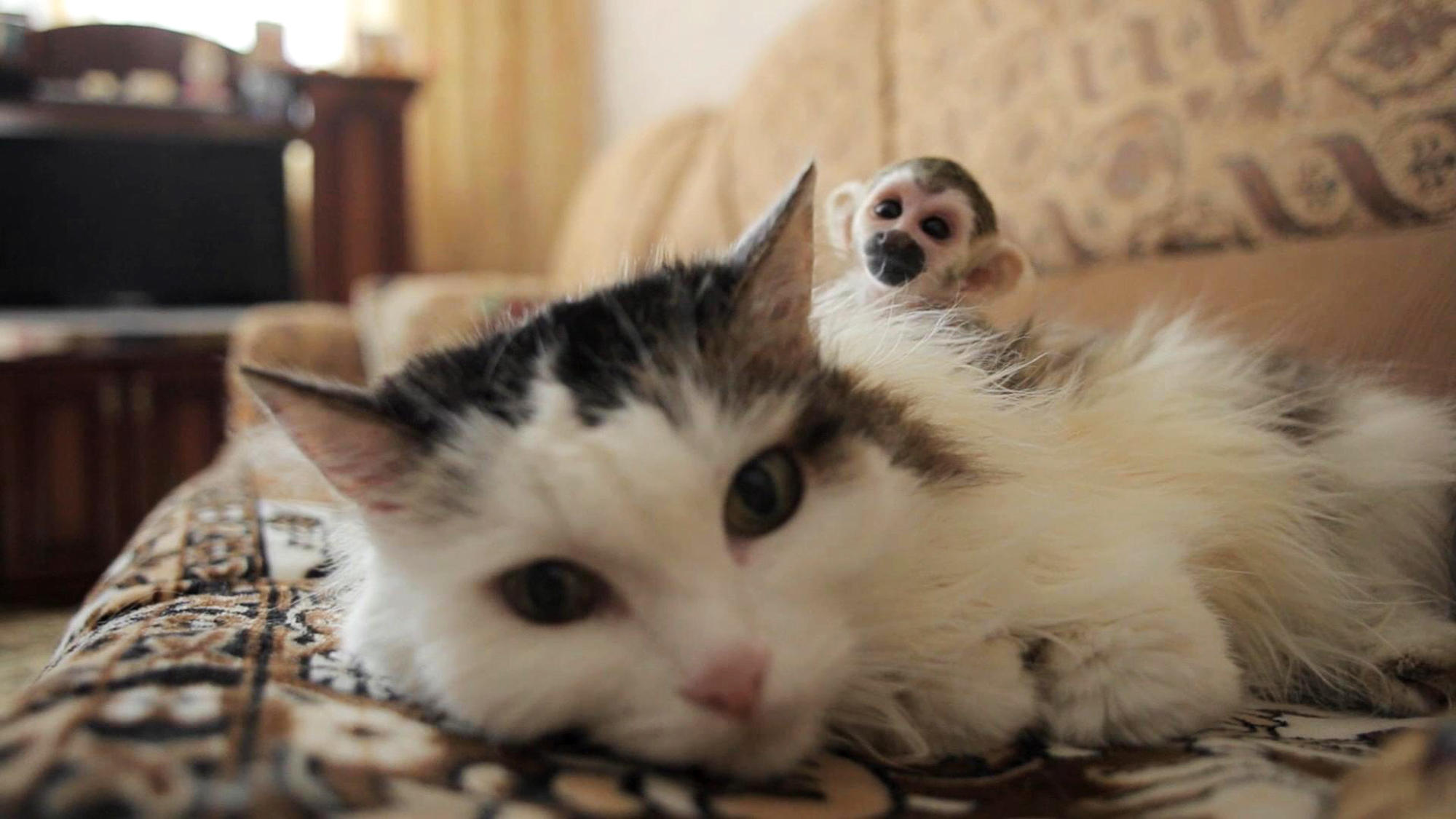 MOSCOW -- A Russian cat has adopted a baby squirrel monkey after he was abandoned by his mother at a zoo, comforting the little primate by letting him cling to her back for warmth.

Tatyana Antropova, the director of the zoo in the Siberian city of Tyumen, says she took the newborn monkey home three weeks ago after his mother refused to carry him on her back.

To Antropova’s surprise, her 16-year-old cat Rosinka accepted the baby, who is called Fyodor. By now, though, the elderly cat is getting a bit tired of the little monkey because he “is getting naughty” and “has started biting and pinching her.”

The cat just has to hold out for another month, when Fyodor will go back to the zoo to live with other squirrel monkeys.