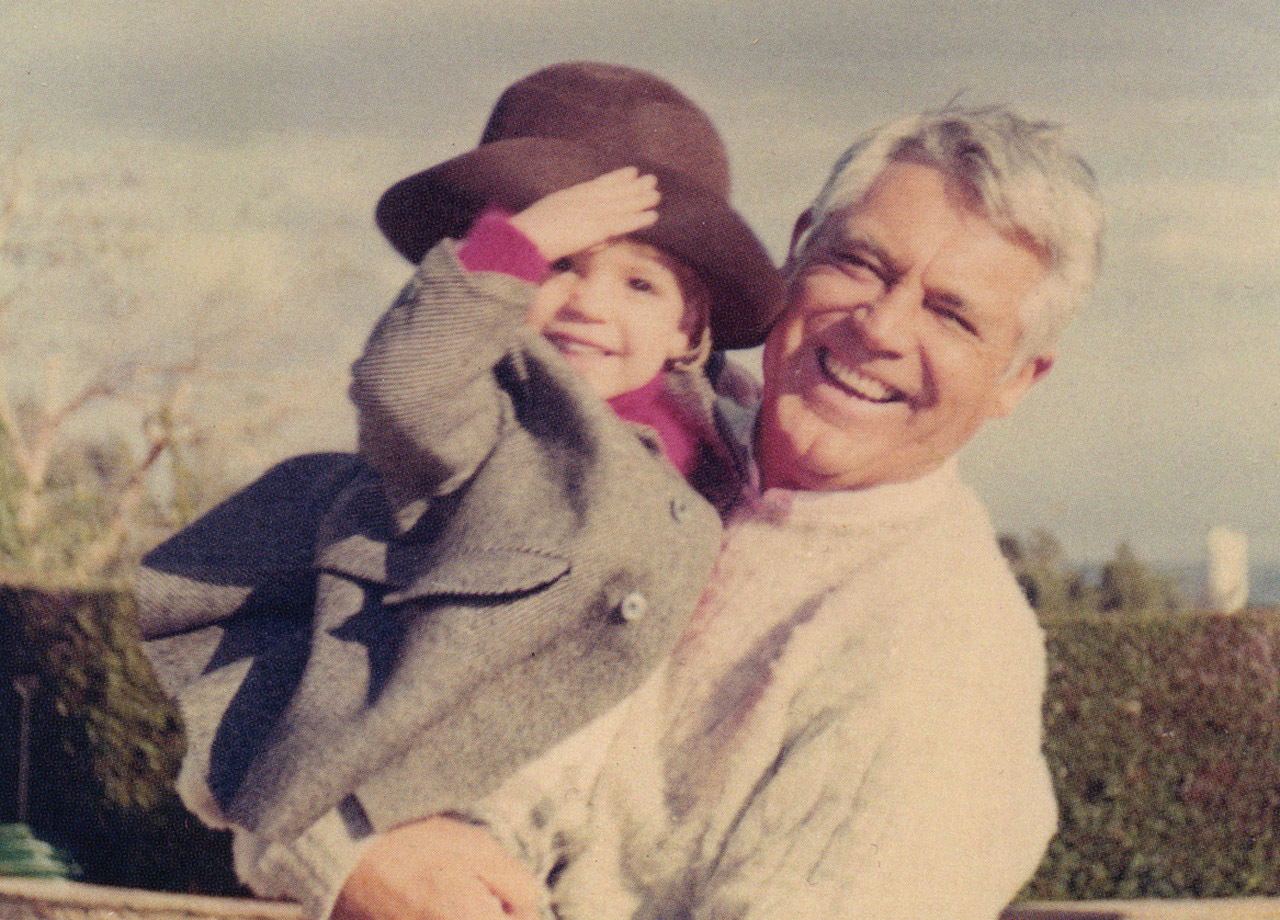 Cary Grant had to run quickly and boldly in the famous crop duster scene in the film "North by Northwest." But when it came to caring for his young daughter, he was patient and gentle as could be. Rita Braver now on a genuine Hollywood Legend:

Audrey Hepburn: Do you know what's wrong with you?
Cary Grant: No, what?
Hepburn: Nothing.

He is the definition of debonair! Twenty-five years after his death ... 45 years after his last film ... Cary Grant still delights us with his style, his dry wit, and his comic timing.

He was also a great Dad.

Grant daughter, Jennifer Grant, wants the world to know that her father's the persona - the charm - was real. "It wasn't some mask."

Jennifer was Cary's only child - his daughter with his fourth wife, actress Dyan Cannon. The couple separated shortly after Jennifer's birth in 1966, and Cary Grant ... then 62 ... retired from films in large part to help raise his daughter.

It was a family that stayed out of the public eye.

"I was trained to be private by a man who learned to keep his private life private," said Jennifer.

"Why does that phrase have special meaning for you?" Braver asked.

"He used that phrase whenever he was pleased - "Good stuff!" " she replied.

And a lot of that good stuff revolved around Jennifer. He kept a huge archive for her ...

There are photos ... congratulatory notes on Jennifer's birth (from, among others, Audrey and Grace Kelly). He still made movies - home movies. They show a Cary Grant you've never seen before.

Left: Cary Grant and Jennifer in a photo taken in the Hamptons c. 1973.

It's almost as if he were making up for his own miserable childhood in Bristol, England: The boy who started out as Archibald Leach, his Mom institutionalized, his Dad neglectful.

He ran away from home to join an acrobatic troupe.

"When he was quite young, he became an acrobat and came to New York with that troupe, and that's where he learned gymnastics, I think," said director and film historian Peter Bogdanovich, who became friends with Grant.

He says Grant made good use of his gymnastic training when he got to Hollywood, in films like 1937's "The Awful Truth." That screwball comedy made Grant a comic star.

"And then he did 'Only Angels Have Wings' in 1939, and that made him a dramatic star," said Bogdanovich. "He could do anything. There's nobody like him before or since."

Grant found success early in his career, in "Blonde Venus" with Marlene Dietrich, and "She Done Him Wrong" with Mae West.

But Bogdanovich says, it took a while to perfect the urbane, unflappable Cary Grant image.

"Do you think he understood his own magnetism, the effect that he had when he was on screen?" Braver asked.

"Oh, I think so," Bogdanovich said. "He honed his personality, you know? He took a little bit from every person he worked with until he found this persona that he created."

And Grant knew it was a persona. Bogdanovich remembers when he and girlfriend Cybil Shepherd went to an event with Grant. As they approached the ticket taker, 'He says, 'I'm terribly sorry, I forgot my ticket. May I get in please?' And she doesn't look up. She says, 'Name?' He goes 'Cary Grant.'

Cary Grant was Hollywood's favorite leading man, in "North by Northwest" with Eva Marie Saint ... "Notorious" with Ingrid Bergman ... "The Philadelphia Story," one of four films he made with Katharine Hepburn.

Jennifer Grant writes in her book that she was a little jealous of all the people who got to be in movies with him:

"We were watching 'An Affair to Remember' in our friend's living room in the Hamptons," she recalled, "and the first time I saw him kiss on screen, I was really little ... and I jumped off the couch and I stormed over to the TV and I slapped her cheek!" she said.

"Yes, that was Deborah Kerr, but nobody was going to kiss my dad. I didn't even know this woman. Who was she, kissing my father?"

Jennifer says she was too young to understand the explosive headlines and ugly custody battle that came with her parents' divorce.

She WAS aware of recurring whispers that her father was gay or bisexual:

"It's sort of strange because I never felt anything like that from him, and I spent all my time with him, and I think that's the oddest thing."

When Grant wanted to propose to his fifth wife, he asked Jennifer's approval:

"He said, 'I'd like to marry Barbara; what do you think?'" Jennifer recalled. "So I was thrilled for him, and I think it freed me up in a way, because I'd always felt like the main person in dad's life. And suddenly there was someone else."

Despite pleas from Bogdanovich and others, Cary Grant never returned to making movies.

"He used to joke that he didn't want to watch himself grow old on the screen," Jennifer said. "And I also feel like, he was done."

Grant was nominated for 2 Academy Awards. He lost both times. But in 1970 he got a Lifetime Achievement Oscar.

"We went to the White House, which was lovely," she said. "And yeah, I remember the night well. He was very proud of that."

Just two days before Cary Grant's death in 1986, Jennifer had to return to college after Thanksgiving break:

"And so he walked me out and we hugged," she said.

"And that was the last time?"

"Yeah. But I do remember the hug. I do. He gave wonderful hugs."