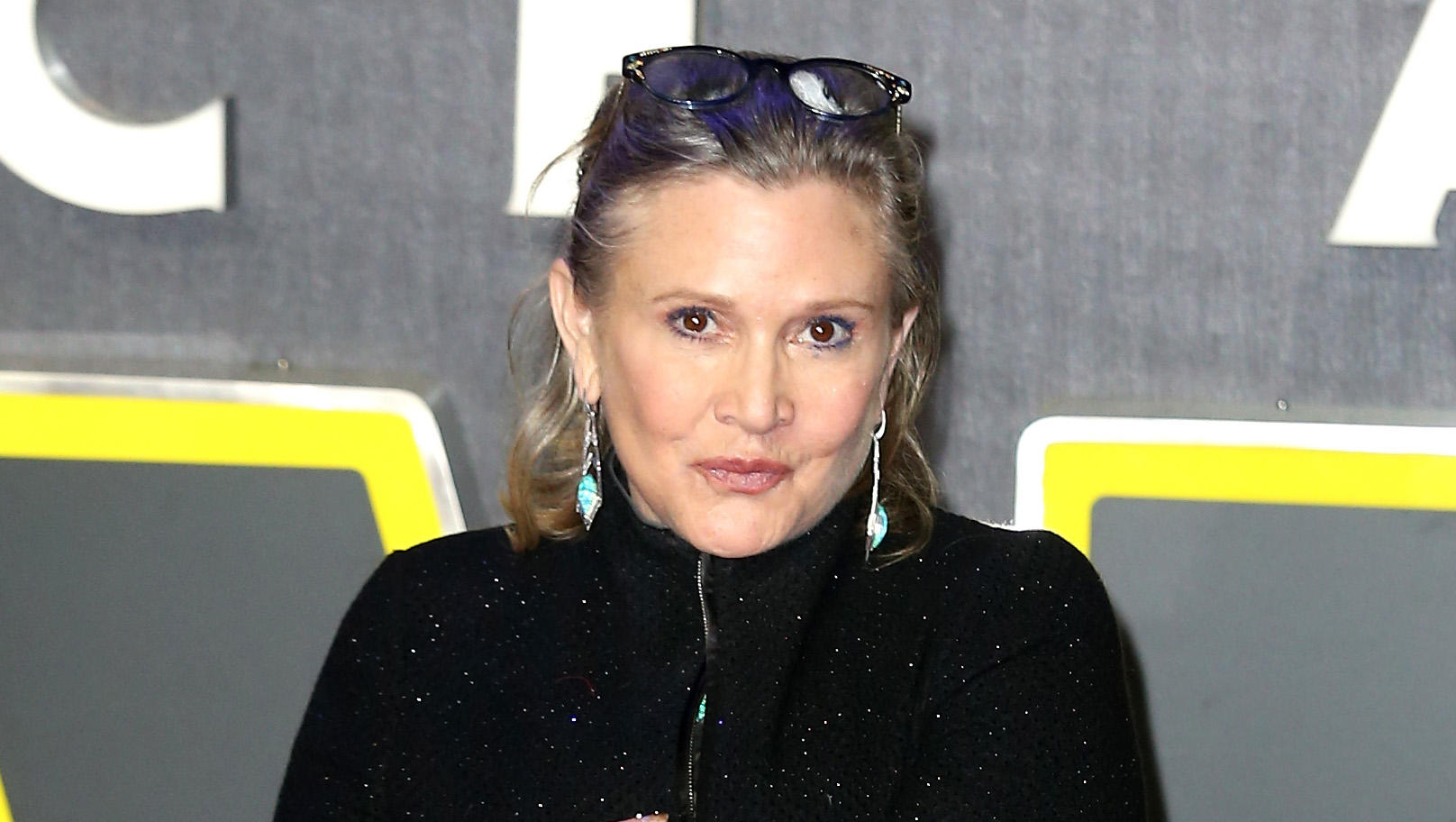 The force is dark today.

After news of Carrie Fisher’s death broke, that sentiment seemed to reverberate across social media.

Bill Dee Williams, who played Lando Calrissian in “Star Wars” trilogy, summed up what many were feeling.

“I’m deeply saddened at the news of Carrie’s passing. She was a dear friend, whom I greatly respected and admired. The force is dark today!” he tweeted.

Fisher, who was best known for her role as Princess Leia in the original “Star Wars” trilogy, died Tuesday, days after suffering from cardiac arrest aboard a flight. She was 60 years old.

Williams wasn’t the only “Star Wars” co-star to remember Fisher. Mark Hamill, who played Luke Skywalker, shared a photo with her and said he had “no words.”

Dave Prowse, who played Darth Vader in the original “Star Wars” trilogy, tweeted his condolences, saying Fisher was “wonderful to work with.”

Peter Mayhew, who played Chewbacca, called Fisher “the brightest light in every room.”

“I will miss her dearly,” he said.

Anthony Daniels, who played droid C-3PO, also expressed his sadness, tweeting, “I thought I had got what I wanted under the tree. I didn’t. In spite of so many thoughts and prayers from so many.”

Fisher’s co-star Harrison Ford, who she recently revealed she had a three-month affair with while filming the first “Star Wars,” released a statement about her death.

“Carrie was one-of-a-kind…brilliant, original.  Funny and emotionally fearless.  She lived her life, bravely...My thoughts are with her daughter Billie, her Mother Debbie, her brother Todd, and her many friends. We will all miss her,” his statement said.

The creator of “Star Wars” George Lucas also released a statement, saying Fisher was “feisty, wise and full of hope in a role that was more difficult than most people might think.”

“Carrie and I have been friends most of our adult lives. She was extremely smart; a talented actress, writer and comedienne with a very colorful personality that everyone loved,” he said.

On Facebook, Fisher’s mother Debbie Reynolds thanked “everyone who has embraced the gifts and talents of my beloved and amazing daughter.”

“I am grateful for your thoughts and prayers that are now guiding her to her next stop,” she wrote.

Fisher’s half-sister Joely Fisher tweeted that she was brokenhearted.

“...the Unfathomable loss...the earth is off its axis today...how dare you take her away from us,” she said.

“Millions fell in love with her as the indomitable Princess Leia,” the statement read.

The official “Star Wars” account shared a photo of Fisher on Twitter, alongside a quote from Kathleen Kennedy.

“She was Princess Leia to the world but a special friend to all of us. We will miss her dearly.”

“She was the most generous, fun, gifted, smart, kind, funny funny funny person I’ve ever met,” she said. “She certainly wasn’t ready to go. I’m so glad we became pals. I’m so devastated at her loss.”

Many took to social media to share anecdotes about Fisher and highlight her career that spanned decades.

Others highlighted the work she did off screen, especially raising awareness for mental health issues.

But many simply expressed sadness and disbelief.

In a statement Tuesday, Fisher’s daughter Billie Lourd confirmed her death, and noted she was loved by the world.

“She will be missed profoundly,” she said.