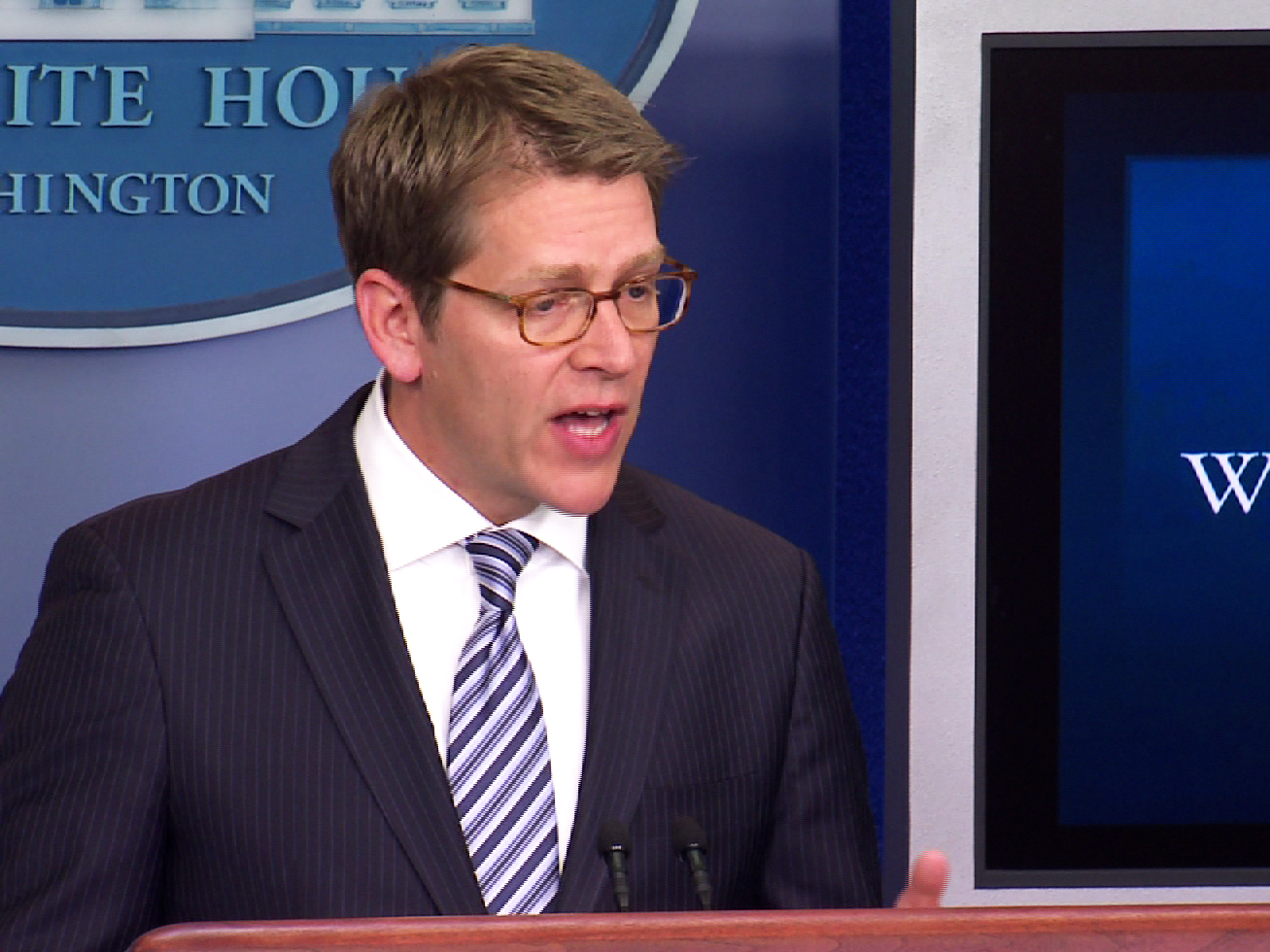 In a tense back-and-forth with reporters late Friday afternoon, White House Press Secretary Jay Carney defended the Obama administration's role in having made changes to talking points about the September 11 attack in Benghazi, and insisted the White House is being unfairly blamed for trying to "hide" information from the American public.

"This is an effort to accuse the administration of hiding something that we did not hide," Carney told reporters in a protracted exchange on the subject in the White House briefing room.

As the White House faces renewed criticism for its response to the Benghazi attacks, reporters questioned Carney on a set of emails, recently obtained by CBS News, showing that the talking points underwent an extensive set revisions during which process references to al Qaeda and CIA warnings about the possibility of a terrorist attack were removed. In one email, according to ABC, then-State Department spokeswoman expressed concerns that information regarding previous knowledge of terrorist warnings might be "abused by members [of Congress] to beat up the State Department for not paying attention to warnings."

"Why would we want to feed that either?" asked former spokeswoman Victoria Nuland.

Questioned about these revisions, Carney described them as a routine example of the "deliberative" editing process of such memos, in which "there is always input by agencies."

Carney insisted that the White House only made one minor change to the CIA talking points and that "the other discussions that went on prior to this in an interagency process reflected the concerns of a variety of agencies who had a stake in this issue."

He said those various parties were being cautious to not include "speculative" information on the talking points, and that while "we believed, based on the intelligence assessment, that extremists were involved, and there were suspicions about what affiliations those extremists might have," that information was excluded from the final document because "there was not hard, concrete evidence."

One reporter pointed out, however, that one talking point that did make it on the list - the notion that a demonstration might have been related to the attack - was also speculative, and turned out to be wrong.

"You were cherry picking," the reporter suggested.

"Well I think, again, you're -- no, because this -- I mean, I would ask the CIA," Carney said. "The CIA -- well, one thing that's consistent throughout the material that, you know, was provided to John and others is that from the beginning that was in the -- the talking points that the CIA was prepared to disseminate. And it was based on what they thought they knew at the time."

Carney went on to reiterate that the talking points were based on early, incomplete information, were processed through a routine draft process, and that they were couched in the fact that the intelligence assessment could change.

The latest on the House Jan. 6 investigation
Lucy Madison