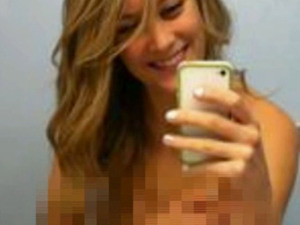 (CBS) AURORA, Colo. - Carly McKinney, the teacher behind racy tweets that got her put on paid leave from Colorado's Cherry Creek School District is no longer on leave - she's left - dismissed from her job, CBS Denver reports.

McKinney, 23, taught math at Overland High School in Aurora, until school officials got wind of her Twitter page  filled with revealing pictures and posts about smoking pot.

According to CBS Denver, McKinney used the name "Carly Crunk Bear" on her Twitter page. During the initial investigation the page stated she's "crunker than most," and to "stay sexy ... stay high ... stay drunk."

For the uninitiated, per The Urban Dictionary, "crunk" is smoking chronic (marijuana) and getting drunk or highly intoxicated.

On Friday afternoon the school district released this statement about McKinney: "The Overland High School teacher, who was placed on administrative leave after allegations of impropriety arose, is no longer employed by the District. The district will have no further comment as this is a personnel issue."

During the initial investigation Cherry Creek School District spokeswoman said "The three posts that we are most concerned about are the ones that may indicate that she violated school policy and/or law."