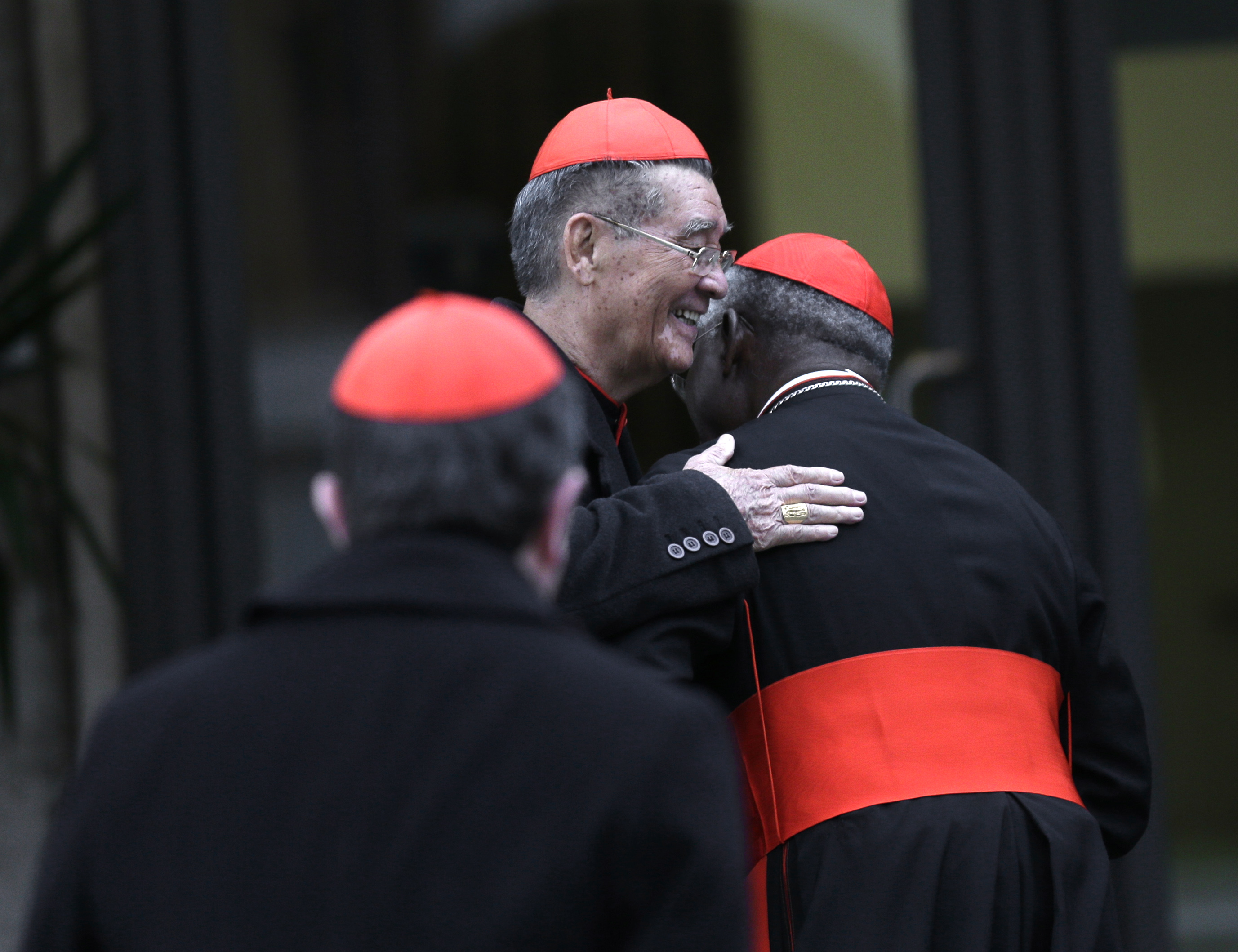 The Vatican said Friday that cardinals gathered in Rome to elect a new pope would begin the actual election process, known as the papal conclave, Tuesday.

In a statement released by the press office of the Holy See shortly before 7 p.m. in Rome, the Vatican said the cardinals will celebrate Mass in St. Peter's Basilica Tuesday morning and then enter into the conclave in the afternoon.

All week long the cardinals have been meeting in private discussions about issues facing the church. Once the conclave begins, the talking is over. The ritual election process allows for virtually no banter or debate as the prelates repeatedly cast their secret, handwritten ballots until a pope is elected with at least a 77-vote majority from the available 115 cardinal electors.

It has been widely reported that divisions among the cardinals over how much time they need to deliberate the various challenges facing the Catholic Church have delayed the pre-conclave meetings.

He said the cardinals who came from powerful Bishops' conferences -- such as those from the United States, for instance -- likely preferred to delay the beginning of the conclave, to grant them more time "to campaign" their colleagues who came from more remote locations, countries in Latin America and Africa, for instance.

Allen Pizzey reports that a cardinal who spoke Friday to CBS News on background said all the prelates had agreed that the Church needs, "a fresh start," adding that he and his colleagues were keen to ensure the new pope has, "a very strong team" behind him, alluding to the importance of deciding on not only a new pontiff, but a new Vatican secretary of state -- the second-highest ranking Church official -- and other top posts.

The so-called "general congregations" have been under way for four days, and while many European cardinals have expressed an interest in concluding the talks and beginning the conclave, some American and other prelates have suggested there should be no rush. Some have stressed the desire to take time and carefully consider the scandals facing the Vatican and how the new Church leadership should address them.

The Italian press has painted the division as a schism between the largely European Vatican-based cardinals and those from the Americas, Asia and Africa, who have been more interested in airing their concerns over alleged Church corruption and mismanagement in the pre-conclave talks.

The last cardinal to show up for the general congregations was Jean-Baptiste Pham Minh Man of Vietnam, who arrived late Thursday.