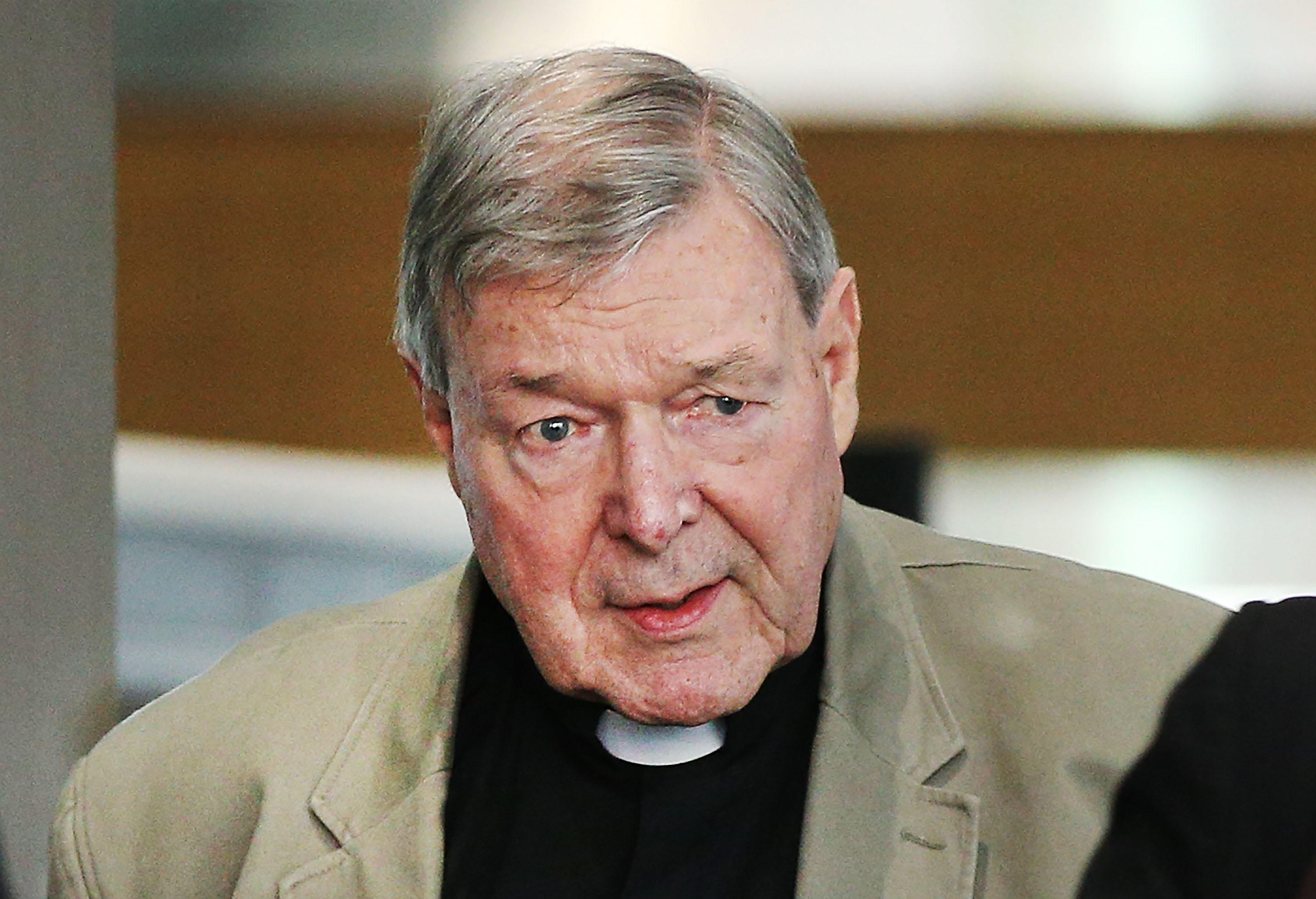 MELBOURNE, Australia -- The most senior Catholic Church leader to be charged with sexual abuse came close to confronting his accusers on Monday in a video-linked Australian court hearing to test the strength of the prosecution's case. Cardinal George Pell's alleged victims began testifying in the Melbourne Magistrates Court against Pope Francis' former finance minister in testimony that cannot be made public.

The complainants, who cannot be identified, are avoiding the intense media scrutiny focused on the cramped courtroom and the company of their alleged abuser by giving their evidence via a video connection from an undisclosed location. The number of alleged victims has not been made public, and their testimony is scheduled to continue for up to two weeks.

The 76-year-old Australian cardinal has denied any wrongdoing and has foreshadowed pleas of not guilty if the committal hearing that is scheduled to run as long as a month finds there is sufficient evidence to warrant a jury trial.

Pell was charged last June with sexually abusing multiple people in his Australian home state of Victoria. The details of the allegations have yet to be released to the public, though police have described the charges as "historical" sexual assault offenses - meaning the alleged crimes occurred decades ago.

One of the charges was withdrawn last week because the accuser had recently died.

Pell's lawyer Robert Richter did not object to the complainants appearing in court on a television screen Monday rather than in person. But he did question why one would be allowed to appear with what prosecutor Mark Gibson described as a "support dog" while testifying.

"I always thought that dogs were for children and very old people," Richter told the court.

Magistrate Belinda Wallington replied, "No, they're also there for vulnerable and traumatized people."

In 2016, it was Pell who was testifying by video to an official inquiry into sexual abuse.

He was in Rome and had health reasons for not making a long flight to testify in person to Australia's longest-running royal commission, the country's highest form of inquiry. It had been investigating since 2012 how the Catholic Church and other institutions responded to sexual abuse of children in Australia over 90 years.

The inquiry issued its final report in December. Pell was questioned about his knowledge of and response to allegations of child abuse when he was a priest and bishop, but no allegation was made that he was a perpetrator.

The lawyers said the first complainant approached police in 2015, 40 years after the alleged crimes, in response to media reports about that inquiry.

On Monday, Richter cited Pell's age and medical condition as reasons why the cleric should be allowed to be accompanied in court by a supporter.

He told Wallington, the magistrate, that he understood the prosecution "has an objection to that support person being a priest, although I can't understand that."

Gibson, the prosecutor, replied, "That's not quite right."

Pell was silent as he entered and left the court to a crush of media cameras and police, as well as throughout the initial 25 minutes of the hearing that was open to the public.

Richter said police had 21 witness statements provided by the defense that were favorable to the cardinal, but were not party of the case.

"These documents are certainly relevant to the alleged offenses," Richter said. "I know it doesn't suit the prosecution because they are exculpatory of the cardinal."

The case places both the cardinal and the pope in potentially perilous territory. For Pell, the charges are a threat to his freedom, his reputation and his career. For Francis, they are a threat to his credibility, given that he famously promised a "zero tolerance" policy for sex abuse in the church. Advocates for abuse victims have long railed against Francis' decision to appoint Pell to the high-ranking position in the first place.

When Pell was promoted in 2014, he was already facing allegations that he had mishandled cases of clergy abuse during his time as archbishop.

After years of alleged cover-ups and silence from the church over its pedophilia scandal, abuse survivors and their advocates have hailed the prosecution of Pell as a monumental shift in the way society is responding to the crisis.

So far, Francis has withheld judgment of Pell, saying he wants to wait for Australian justice to run its course. And he did not force the cardinal to resign. Pell said he intends to continue his work as a prefect of the church's economy ministry once the case is resolved.