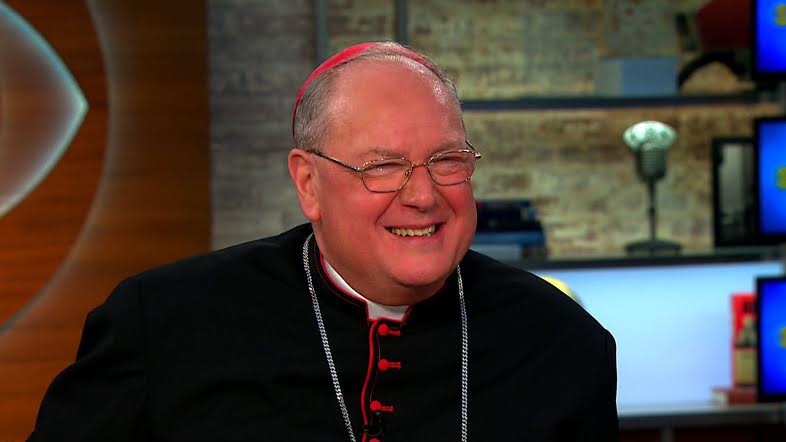 On Wednesday, the pope greeted the faithful gathered in St. Peter's Square and celebrated his first Christmas as pontiff.

Earlier this month, Pope Francis called Christmas "an encounter with the Lord" during his homily on the first Monday of the Advent and asked not just Catholics but "the great human family" to journey together toward hope, peace and justice.

Cardinal Archbishop of New York  Timothy Dolan told the “CBS This Morning” co-hosts that in those words the Pope is explaining the season’s connection to Jesus.

“For one, I’d like to suggest that Pope Francis is a Christmas gift for the whole world and I think the world is believing that,” he said. “What he is reminding us is that Jesus is the Christmas gift of god … on Christmas morning.”

He told the co-hosts  that “nothing changes a life like a baby” and that the arrival of a baby “changes identities.”

“A husband becomes a dad. A wife becomes a mom. And their whole lives are changed because they’re centered on that baby,” said Dolan. “What Pope Francis is saying is let’s center our lives on this baby - this baby represents love, reconciliation, forgiveness, mercy, tenderness, god’s outreach and embrace of us – let’s center on him and let’s welcome this baby with this message … of justice and peace – let’s welcome that baby into our lives.”

Also, Dolan said that the pope’s emphasis on helping the poor and those who need the most compassion is actually the “message of the season” and that through these actions he believes the pope is saying that the Catholic Church has to become “like Bethlehem” in how simple Jesus’ birth was.

“When you think about it, how simple, down-to-earth can you get? That the only begotten son of God, our lord and savior is born in a stable,” he said. “There with him are his mother and his foster-father Joseph, surrounded by animals – you can’t get more down-to-earth. You can’t get much more natural than a stable – much more simple and sincere.”

Even though much of the modern interpretation of Christmas is about buying presents, Dolan said that the pope has “warned” about consumerism and not to fall into its temptations.

“He puts it in a beautiful and philosophical language, when he says ‘here’s the danger of consumerism,’ which means we seek our wealth in what we own. He says, ‘What’s happening is that we gauge our importance by what we got, rather than who we are,’” said Dolan.

Also, Dolan discussed his reaction to hearing that Pope Francis was a bouncer in his earlier days at a venue in Buenos Aires.

“I cracked up when I heard – he almost threw me out of his office,” he said. “It’s interesting, if you talk to priests and bishops, you find that most of us come from rather colorful backgrounds.”

Yet, when asked by “CBS This Morning” co-host Gayle King about his colorful background, Dolan jokingly said that it was “none of your business.”