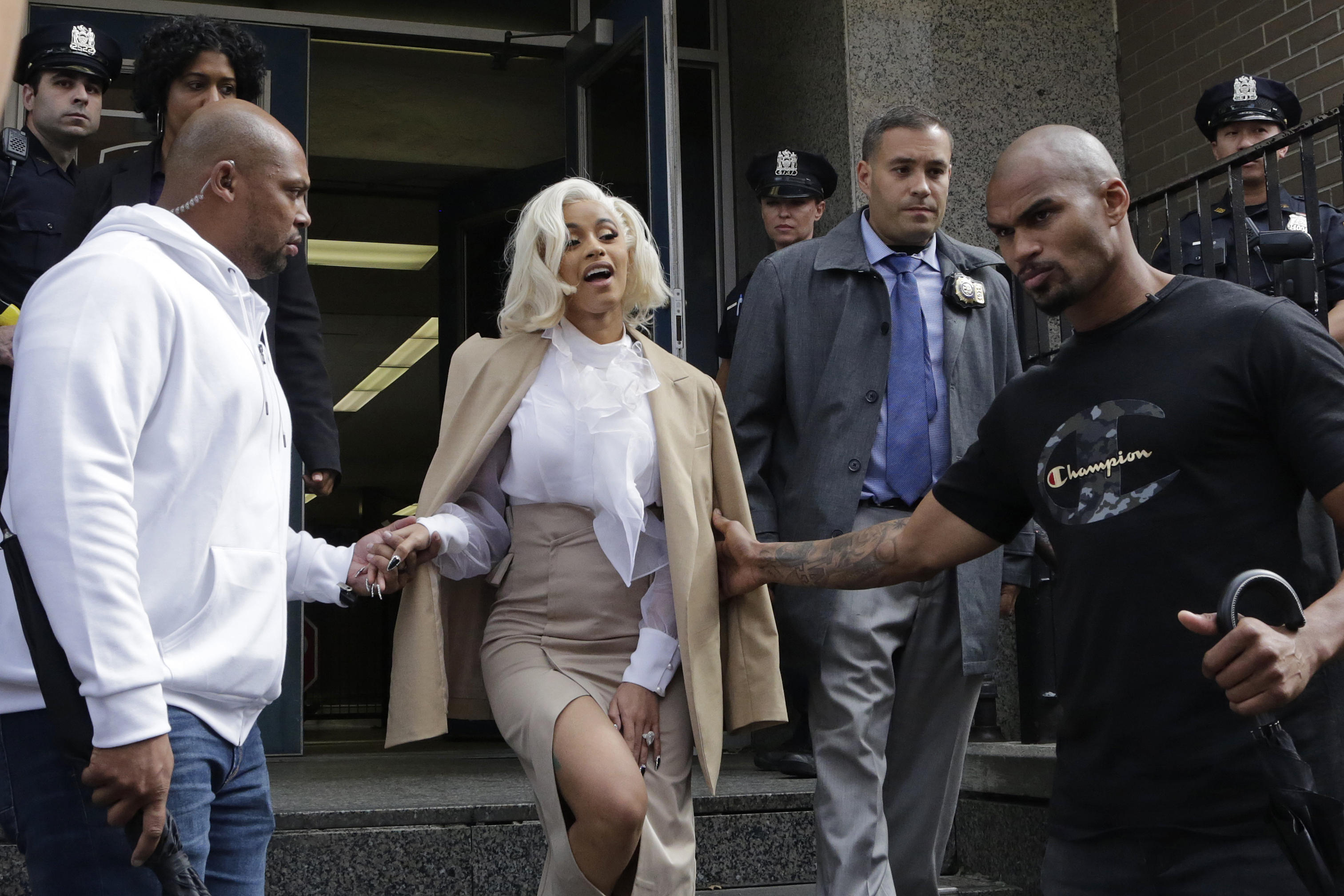 Cardi B turned herself in to New York police on Monday over charges stemming from a fight at a strip club. The "Bodak Yellow" rapper, whose real name is Belcalis Almanzar, surrendered at the 109 Precinct in Queens on Monday. The New York Police Department told CBS News that she was given a summons for misdemeanor reckless endangerment and assault.

Cardi B was seen leaving the precinct with a smile, though she declined to comment. The AP reports that her attorney, Jeff Kern, said, "We are aware of no evidence that she caused anybody any harm from that night. We expect the matter to be resolved expeditiously."

The rapper was involved in an altercation at Angels Gentlemen's Club in Queens at approximately 3 a.m. on Saturday. Police said Cardi B got into an argument with a 23-year-old female bartender, and a fight broke out, during which chairs, bottles and hookah waters pipes were thrown, slightly injuring the bartender and another employee. A spokesperson for NYPD also told CBS News that Cardi B "threw a chair at an unintended target."

Police said Cardi B and nine other people in her party took off after the fight, but the rapper agreed to surrender after the bartender identified her. Investigators are looking into if the fight was over a romantic dispute. Sources told TMZ that Cardi B has "long-standing beef" with the bartender. Sources said that Cardi B believes that bartender slept with her husband, Offset.

The new mom was involved in another fight recently. In September, Cardi B was left with a welt on her head after she was involved in an altercation with Nicki Minaj at a New York Fashion Week party. A person who witnessed the incident who asked for anonymity because they were not authorized to speak publicly said Minaj was finishing up a conversation with someone when Cardi B tried to attack her, but Minaj's security guards intervened.

Cardi B reportedly threw her shoe at Minaj and tried to attack Minaj because she thought the "Chun-Li" rapper had made fun of her daughter. Minaj responded on her Queen Radio show and said, "I would never ridicule anyone's child ... I would never talk about anyone's child or parenting ... These lies are ridiculous."