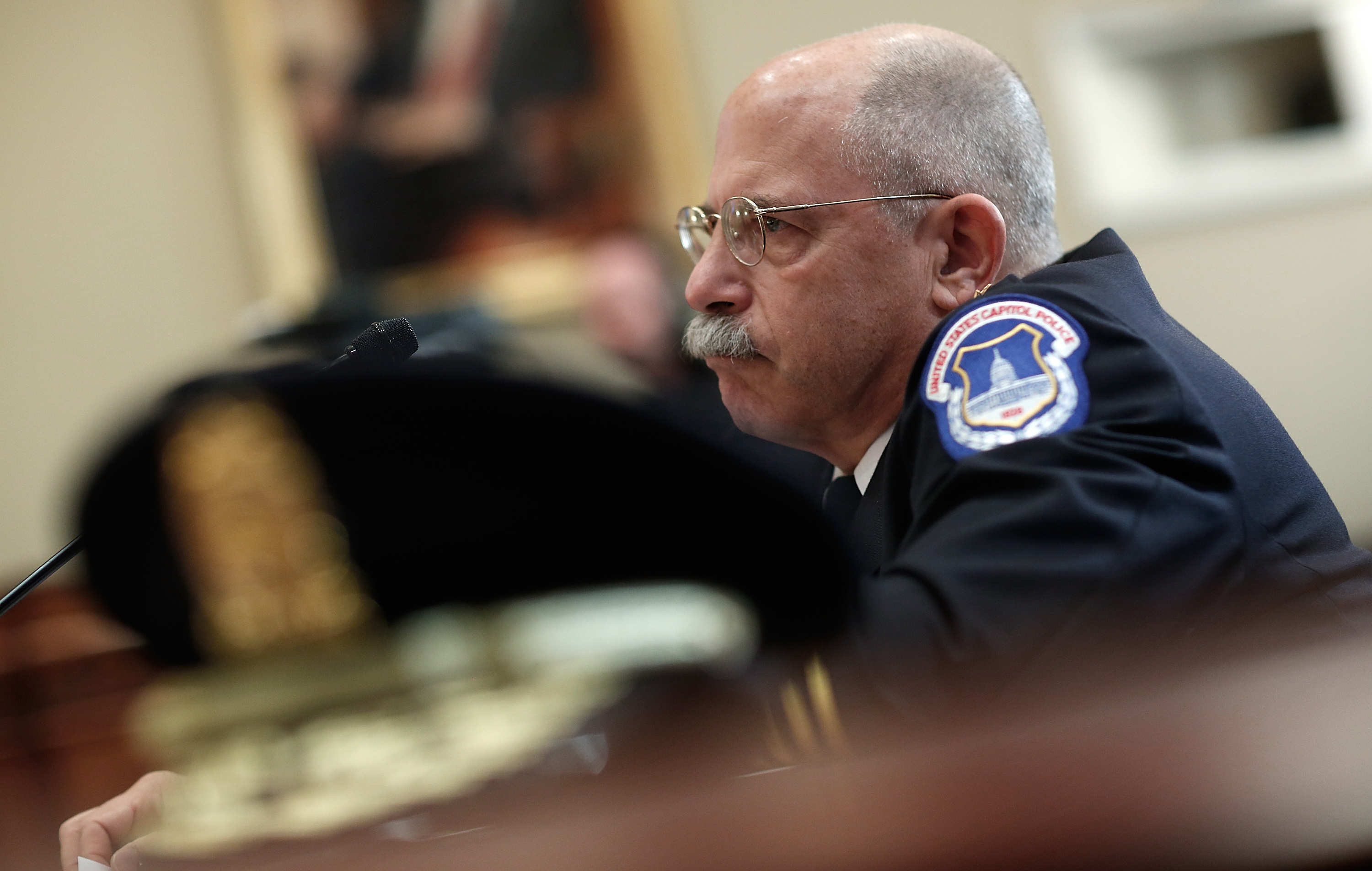 WASHINGTON -- Capitol Police officers are getting training after officers accidentally left their guns in the Capitol's public bathrooms three times this year.

One gun was found by a child.

"We are now providing additional training on what to do when you have to go to the bathroom," Capitol Police Chief Kim C. Dine told Congress on Wednesday.

Dine said there is no excuse for officers accidentally leaving their guns in public bathrooms. He said the officers were being disciplined, but he did not name them. A first-time offender typically would be suspended for at least five days, he said.

Dine said he is considering increasing the minimum penalty to a 30-day suspension for a first offense, and termination for a subsequent violation.

"I would be remiss if I did not say that the officers involved in these recent weapons cases reported in the media in no way intended to leave their weapons unattended. But as noted, this is not acceptable and they will be held accountable," Dine told the House Administration Committee. "They do take very seriously their life and safety responsibilities and they acknowledge that they made a mistake."

Dine testified before the committee following several embarrassing episodes at the Capitol, including a protester who flew a small gyrocopter onto the grounds of the Capitol in April.

Rep. Robert Brady, D-Pa., said the lost guns and other incidents have him questioning the leadership of the police force. Brady is the top Democrat on the committee, which oversees security at the Capitol.

He and others complained that Capitol Police have been slow to provide them with information about incidents in and around the complex.

Lawmakers said they learned about the guns in the bathrooms by reading about them in the press.

"We're not here to criticize you. I can't do your job," Brady told Dine. "You could probably do mine."

But, Brady added: "This is the first time I've met you."

The Capitol Police are responsible for providing security for lawmakers, staff and visitors to the Capitol. They also police the Capitol grounds and the surrounding area.

Dine, chief for 2½ years, acknowledged that he has not done enough to get to know key members of Congress. He promised to communicate better with lawmakers in the future.

Rep Candice Miller R-Mich. chairwoman of the House Administration Committee, sympathized with the officers who misplaced their guns, while noting the seriousness of the offense.

"Everyone has to go to the bathroom," Miller said. But, she added, "securing your weapon is of primary importance."

One gun was left in a bathroom by a member of Senate Majority Leader Mitch's McConnell's security detail, and another was left by an officer who protects House Speaker John Boehner.

Dine said his department is providing more "lock boxes" around the Capitol where officers can safely store their weapons if they need to remove them.

Dine was also questioned about his department's response to the protester who flew the small, helicopter-like device onto the Capitol grounds.

Douglas Hughes of Florida flew his gyrocopter through some of the nation's most restricted airspace, past the White House and the Washington Monument before landing on the West Lawn of the Capitol on the afternoon of April 15. Dine said Capitol Police first spotted Hughes just seconds before he landed.

Dine said officers had "weapons in place" to shoot him down, but instead allowed him to land.

Officers immediately arrested Hughes. The U.S. attorney's office for the District of Columbia said Wednesday that a grand jury has indicted Hughes on six charges. The charges carry up to 9½ years in prison.

Miller praised the Capitol Police's response to the incident, saying it was up to other agencies to enforce Washington's restricted airspace. But she, too, said Dine's office was slow to provide information to lawmakers.

"I thought the Capitol Police performed very well -- once the gyrocopter landed," Miller said. "I think the police work was very impressive, but the communication can be improved."