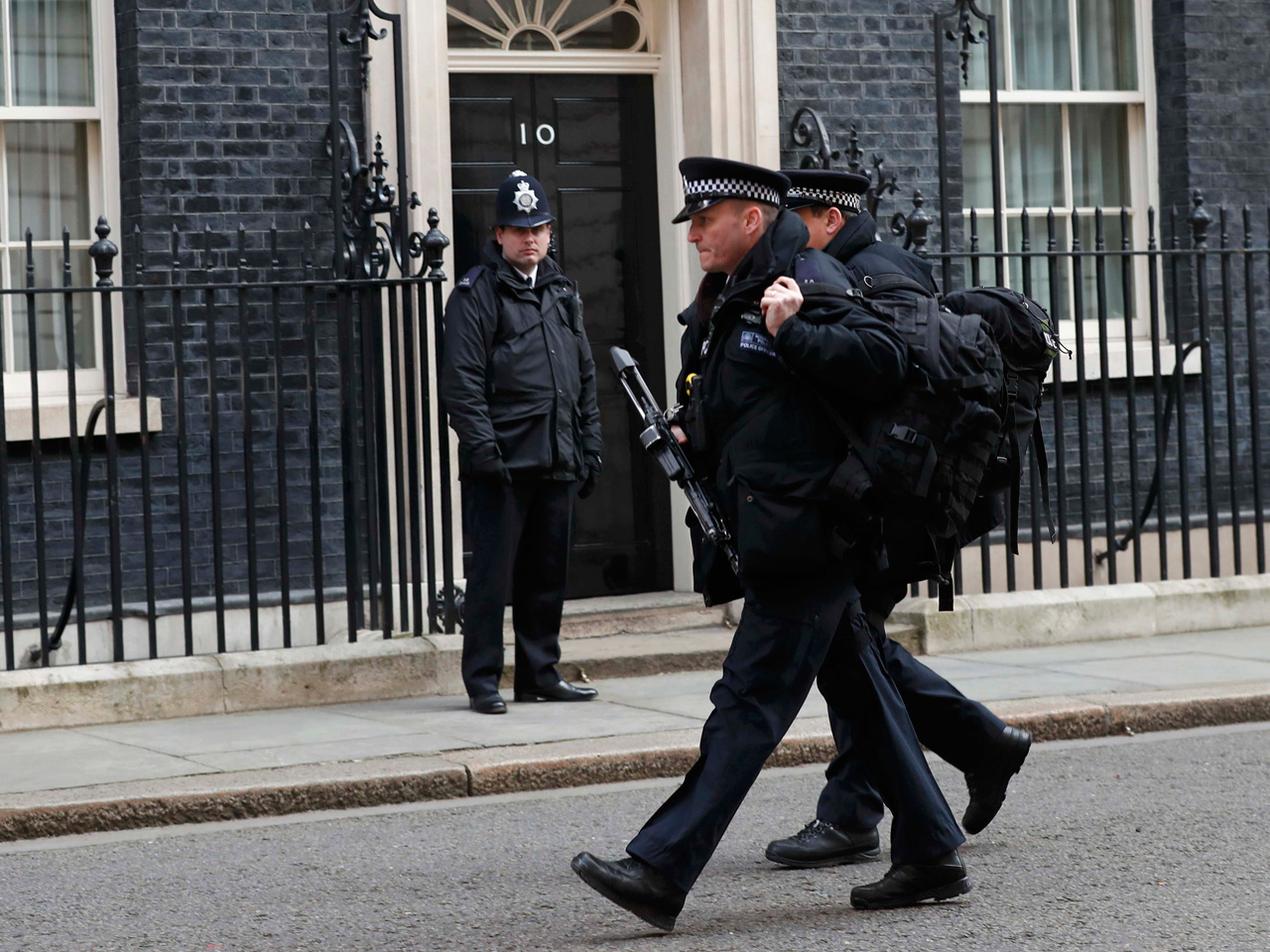 It hasn't even been six months since terrorists killed 130 people in a series of coordinated attacks in Paris, 175 miles southwest of Brussels.

Attacks Tuesday on the Brussels airport and its subway system have led authorities in Europe and elsewhere to tighten security at airports, on subways, at the borders and on city streets

Not only had European law enforcement officials already been on high alert, but Belgium itself had been in the midst of an intense police presence after capturing the top Paris attacks suspect Salah Abdeslam in his hometown Brussels, and in the middle of the hunt for another Belgian suspect, Najim Laachraoui, who may have been the bombmaker.

After his arrest, Abdeslam allegedly told authorities he had created a new network and was planning new attacks.

With Brussels now on lockdown and the French prime minister saying that Europe is "at war," European leaders held emergency security meetings and deployed more police, explosives experts, sniffer dogs and plainclothes officers at key points across the bloc.

The Paris airport authority said security was tightened at all Paris airports soon after the Brussels explosions on Tuesday morning. Airports in London, Prague, Amsterdam, Vienna, and many others, also saw increased security.

In a statement, the London Metro Police Department said they have mobilized additional officers that will carry out "highly visible patrols at key locations."

"These additional officers are deployed as part of reassurance measures," the statement reads.

Gatwick airport said that "as a result of the terrible incidents in Brussels we have increased our security presence and patrols around the airport." Heathrow said it was working with police to provide a "high-visibility" presence in light of the attacks.

In Moscow, Russian Transport Minister Maxim Sokolov told Russian news agencies that authorities will "re-evaluate security" at Russian airports, although its measures are already among some of the toughest across Europe. There have been mandatory checks at the entrances to airports since a 2011 suicide bombing at Moscow's Domodedovo airport that killed 37.

In Germany, the state rail system, Deutsche Bahn, has halted its high-speed rail service from Germany to Brussels. The company said its ICE trains are now stopping at the border city of Aachen.

The British, Dutch and Polish governments convened emergency meetings as they beefed up security at airports.

"Our thoughts are there, in Brussels, and we are praying for the victims," said Polish Prime Minister Beata Szydlo, who canceled a routine news conference to attend an emergency meeting with her government security council.

Police in the Netherlands said they halted an international train from Brussels to Amsterdam at a station just one stop from the Dutch capital's busy Schiphol Airport as a precaution and are searching the train and its passengers. Local police said on Twitter that Hoofddorp station had been evacuated and will stay closed until the investigation is completed. Passengers were being put up in nearby hotels. There was no immediate word of any arrests and police did not say what prompted them to stop the train.

Austrian Interior Ministry spokesman Karl-Heinz Grundboeck said more police are on the streets and at airports in Vienna and other major Austrian cities even though there appears to be no "Austria connection."

Spain's Interior Ministry said officials would meet later Tuesday to discuss the situation but that for the moment Spain was maintaining its Security Alert Level 4 - one step below the maximum - that has been in place since 2015 extremist attacks in France, Kuwait and Tunisia.

But Greece's government spokeswoman Olga Gerovasili said there were no additional security measures being taken for refugees and migrants following the Brussels attacks.

"We are not making any linkage between those two issues. That would be a defeat for Europe," Gerovasili said.

Police in Washington, D.C., and most major American cities said they will also be stepping up their visible presence and security monitoring.