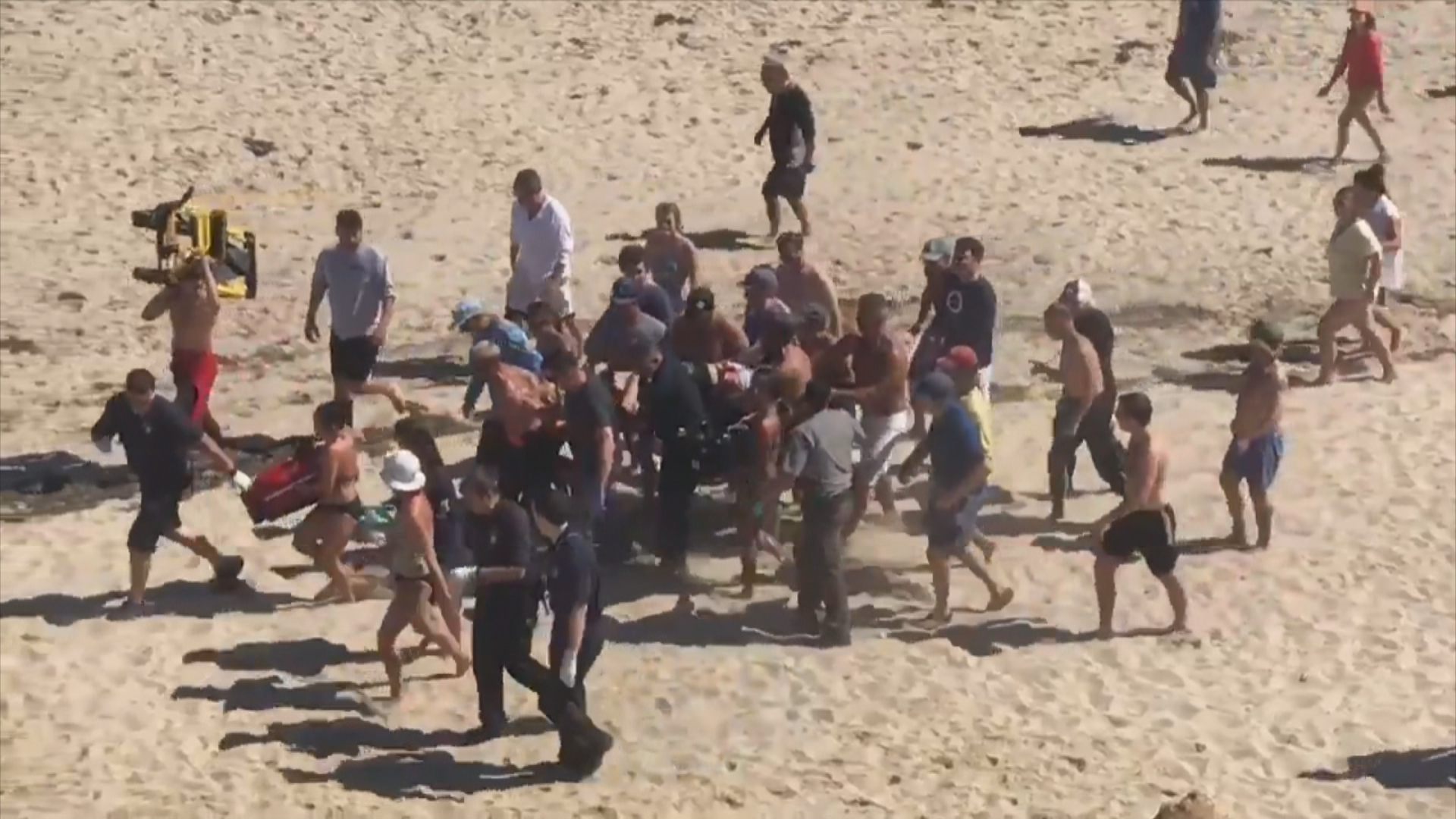 A popular stretch of beaches in Massachusetts will remain closed to swimming Monday because of a deadly shark attack over the weekend. Arthur Medici, 26, died Saturday after being bitten by a shark.

The attack happened on a stretch of the Cape Cod National Seashore. It was the first deadly shark attack in Massachusetts in more than 80 years, reports CBS News' Nikki Batiste.

At about noon on Saturday, Medici was riding the waves on a boogie board with a friend about 30 yards into the water off Newcomb Hollow Beach in Wellfleet. That's when one witness says he saw what looked like a 10- to 12-foot shark attack Medici.

More than a dozen beachgoers scrambled to help carry Medici to safety after he was bitten on both legs.

"I sprinted back up the beach," said Joe Booth, who witnessed the attack. "Screaming like a lunatic: 'Call 911! There's been a shark attack!'"

Medici was rushed to a nearby hospital where he was later pronounced dead. Isaac Rocha was in the water near Medici when the attack happened. He says he and the victim were like brothers.

"He was screaming and then I saw, like, a shark tail," Rocha said. "And I swam to him as fast as I could in that moment. I dragged him back to the shore and I got a boogie board strap and I kind of tied it around his thigh to try to stop the bleeding."

Saturday's shark attack is at least the second on Cape Cod this summer. In August, 61-year-old Bill Lytton survived after being bitten by a shark.

"After two attacks, I think we can be concerned that it's a dangerous situation," Lytton said.

The presence of sharks in these waters is not unusual, experts say.

"We see these sharks every day along this coastline," said Greg Skomal, a marine biologist and Massachusetts Recreational Fisheries program manager. "They are there in big numbers. And people have to be vigilant and be aware of it."

Skomal believes the shark likely mistook Medici for a seal, which are often close to shore along Cape Cod's beaches.

"And as result, these sharks are coming as close as they possibly can without risking their own lives to try and kill and eat these seals," Skomal said. "And that creates a bit of a problem because that's exactly where people are utilizing the shoreline. And so, you know, this is something we're looking at – it's something we're trying to advise swimmers about so that this does not happen again."

The National Park Service is warning people on Cape Cod not to swim near seals. The shark that bit Medici is believed to have been a white shark.

While shark attacks are rare, one study says that last year there were 53 unprovoked shark attacks in the U.S. – more than any other country in the world.

Should there be a Category 6 for hurricanes?