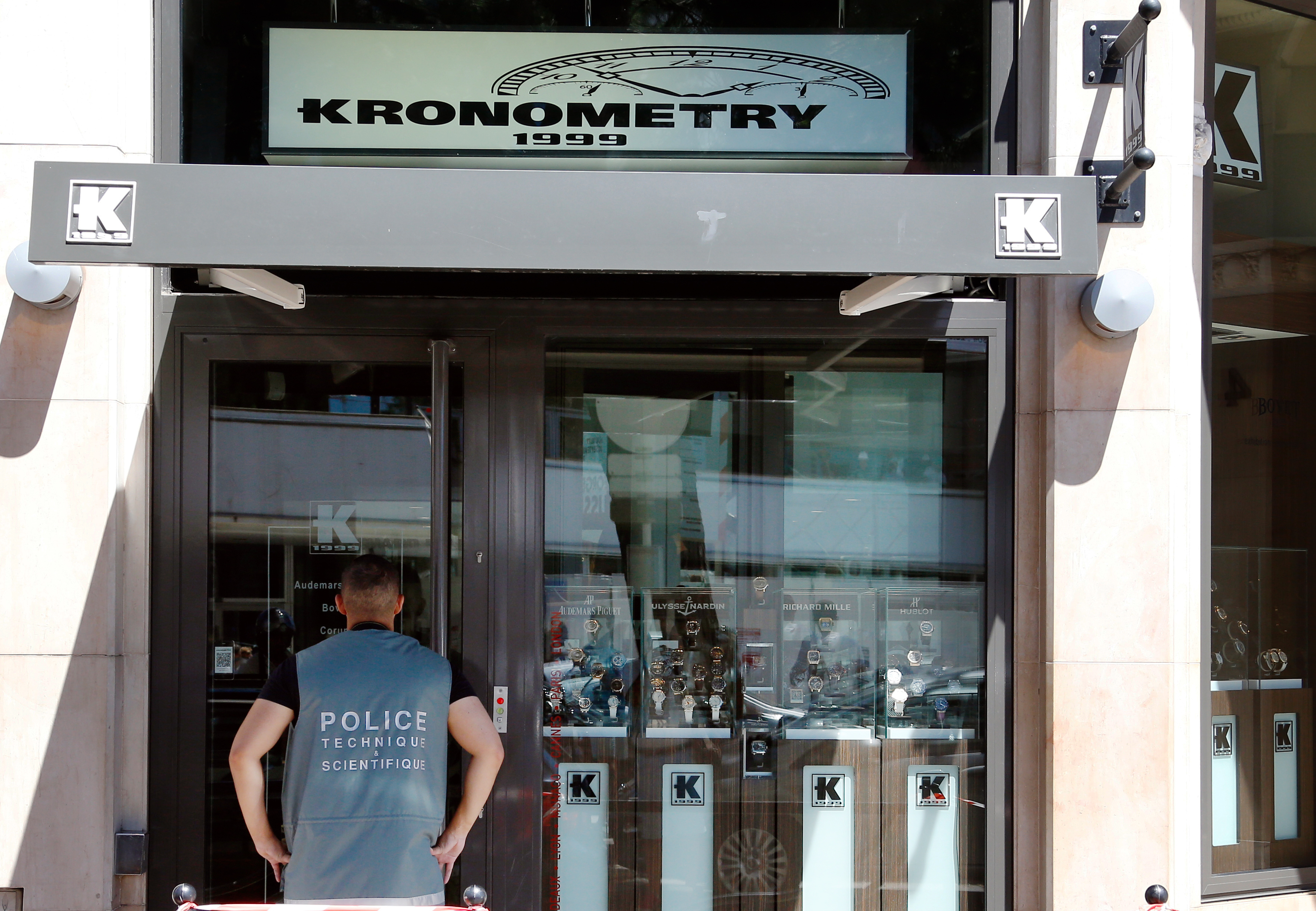 PARIS French police say a luxury watch store has been robbed on the same exclusive promenade in Cannes where a gunman made off with $136 million in diamonds this week.

Frederic Foncel, a Cannes police union representative, says two armed men, their faces concealed by scarves and caps, made off with a "significant" haul of luxury watches during Wednesday's robbery at Kronometry, less than a half mile from the Carlton Intercontinental Hotel where a single gunman stole the jewels on Sunday.

Foncel said at least one of the men had a grenade and both escaped. He criticized the city's approach to security, saying Cannes is becoming a routine target for thieves.

Sunday's heist ranks among the biggest jewelry thefts of all time.