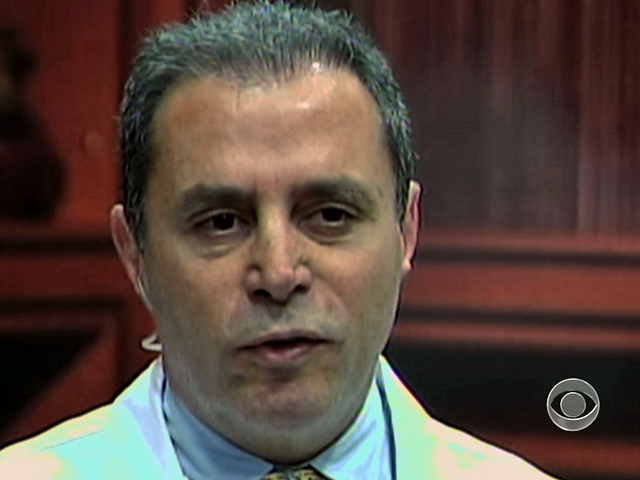 (CBS News) Treating cancer is expensive. On Thursday, some of the world's top cancer specialists took an extraordinary step on behalf of their patients. They demanded that drug companies roll back their prices.

Cody Anderson is alive today because of new cutting-edge therapies for a type of leukemia called CML, but bills for that medicine began to soar.

The unprecedented attack on drug prices comes from more than 100 oncologists. They say the prices for cancer drugs are "unsustainable" and may be harming patients.

"Today, most of the FDA-approved drugs come at the price of over $100,000," said Dr. Hagop Kantajarian of MD Anderson Cancer Center, the principal author of the commentary, "which makes it almost impossible for patients to afford them."

One of the drugs Anderson took was Gleevec, made by Novartis. Until Gleevac was introduced in 2001, there was no highly effective drug for CML. It costs $30,000 a year and the percentage of patients surviving 10 years was about 20 percent.

Today, the 10-year survival rate is 90 percent and the price has tripled to roughly $92,000.The authors claim the drug companies are taking advantage of patients in need.

"The bottom line is what drives the drug price is the corporate profit," Kantajarian said. "The [corporations] decide what the size of the market is and how much they want to make profit. And they price the drug accordingly."

We asked for a response from Novartis. The company told CBS News it has financial assistance programs and the majority of patients pay less than $100 out of pocket per month.

The cost of these leukemia drugs in America is more than twice as high as the average of 15 other countries. And it's not just leukemia medications. Oncologists are increasingly concerned about the soaring prices of other cancer drugs as well.

An interracial couple was pressured to break up. Decades later, they married.
Jon LaPook