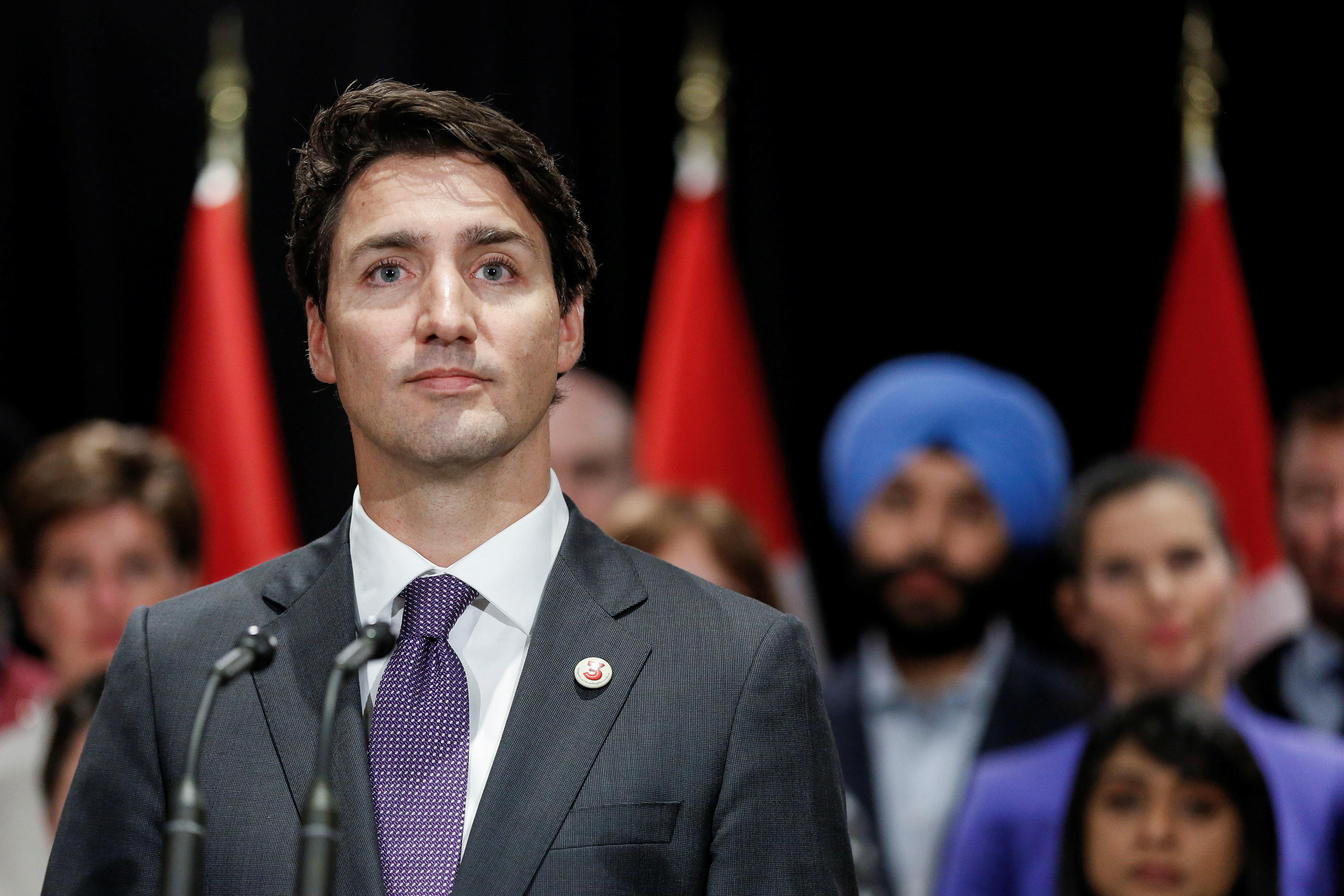 He says he also intends to talk to Mr. Trump about the success of Canada’s refugee policy.

Trudeau reacted to Trump’s visa ban for people from certain Muslim-majority countries by tweeting Saturday: “To those fleeing persecution, terror & war, Canadians will welcome you, regardless of your faith. Diversity is our strength #WelcomeToCanada.”

Trudeau also posted a picture of him greeting a Syrian child at Toronto’s airport in late 2015. Trudeau oversaw the arrival of more than 39,000 Syrian refugees soon after he was elected.

A spokeswoman for Trudeau said he has a message for Trump.

“The Prime Minister is looking forward to discussing the successes of Canada’s immigration and refugee policy with the President when they next speak,” spokeswoman Kate Purchase told The Associated Press.

Trudeau is expected to the visit the White House soon.

The prime minister has refrained from criticizing Trump to avoid offending the new president. More than 75 percent of Canada’s exports go to the U.S.

Toronto Mayor John Tory also weighed in, noting that the city is the most diverse in the world.

“We understand that as Canadians we are almost all immigrants, and that no one should be excluded on the basis of their ethnicity or nationality,” Tory said in a statement.

Trump signed a sweeping executive order Friday that he billed as a necessary step to stop “radical Islamic terrorists” from coming to the U.S. Included is a 90-day ban on travel to the U.S. by citizens of Iraq, Syria, Iran, Sudan, Libya, Somalia or Yemen and a 120-day suspension of the U.S. refugee program.

Trump’s order singled out Syrians for the most aggressive ban, ordering that anyone from that country, including those fleeing civil war, are indefinitely blocked from coming to the United States.

The order said, “the entry of nationals of Syria as refugees is detrimental to the interests of the United States,” and it suspended “any such entry” until the president has determined that “sufficient changes have been made to the USRAP [U.S. Refugee Admissions Program] to ensure that admission of Syrian refugees is consistent with the national interest.”

In Canada, the Syrian refugee crisis became a major issue in the country’s election in late 2015 because of the haunting image of a drowned 3-year-old Syrian boy washed up on a Turkish beach. The boy had relatives in Canada.