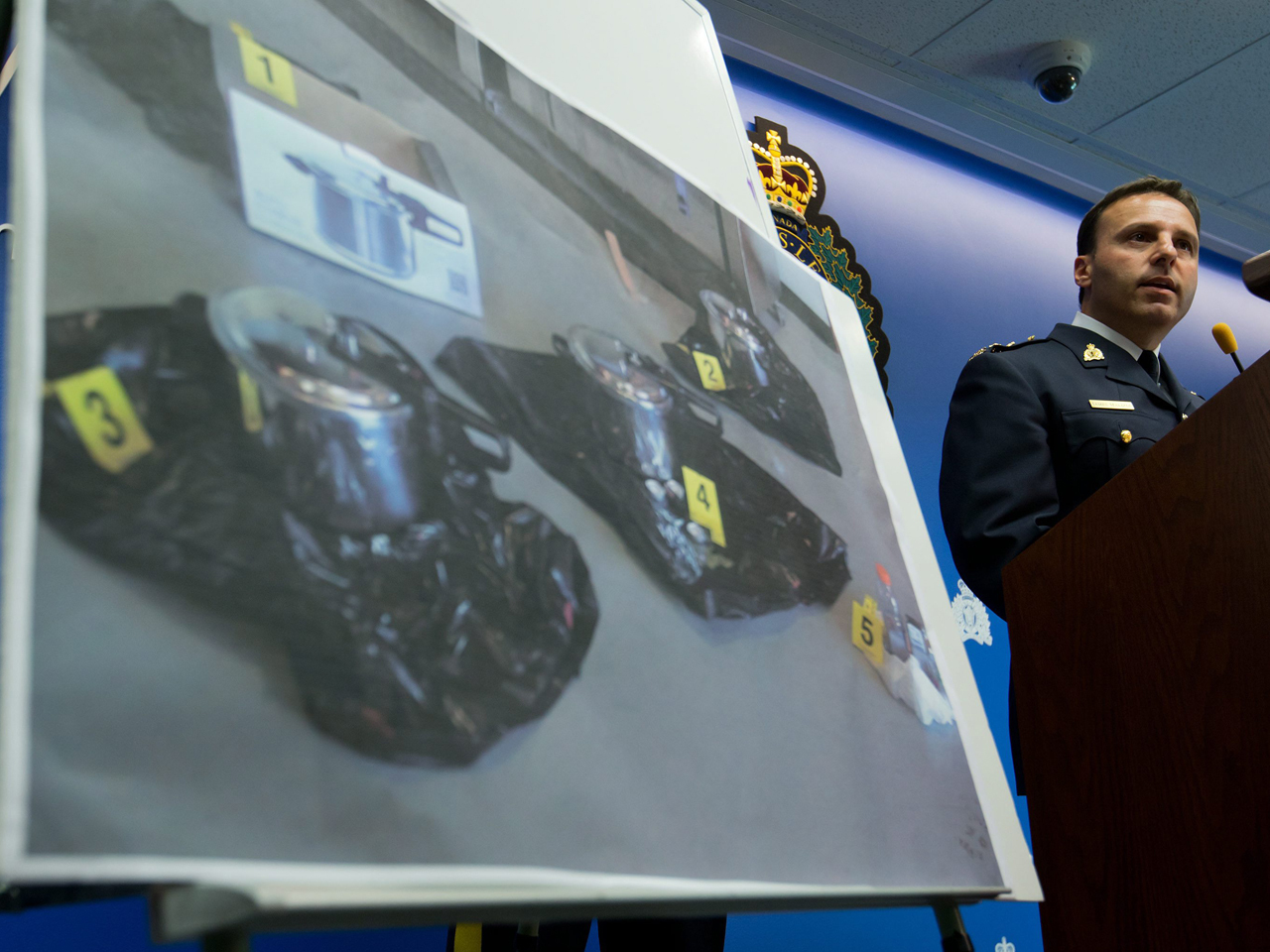 SURREY, British Columbia Police in Canada have arrested and charged a man and woman with terrorism for attempting to leave pressure cooker bombs at British Columbia's provincial legislature on Canada Day, when thousands of people were expected to be there.

He called it a domestic threat without international connections.

Malizia told a news conference there was no evidence or indication to suggest a connection to the deadly Boston Marathon bombings in April, which used bombs made from pressure cookers.

RCMP Supt. Wayne Rideout said the public was never at risk, and the threat was detected early.

Nuttall and Korody were arrested Monday, the same day that thousands attended the Canada Day celebrations at the provincial legislature in the provincial capital of Victoria.

Police said the pair targeted the celebrations, but the bombs were found outside the legislature before the crowds gathered.

"This self-radicalized behavior was intended to create maximum impact and harm to Canadian citizens at the B.C. legislature on a national holiday," Rideout said. "They took steps to educate themselves and produce explosive devices designed to cause injury and death."

The pair has been charged with conspiracy, facilitating a terrorist activity and making an explosive device.

"A day after thousands of patriotic Canadians gathered on these grounds to celebrate the founding of our nation, I'm incredibly relieved to know that there was never any risk to anyone," British Columbia Premier Christy Clark said Tuesday.

"We're also told that the suspects have no ties to any groups inside or outside Canada. Again, an incredible relief that these two individuals appeared to be working alone."

Rideout stressed the pressure cooker devices were under police control.

Police said they received a tip from the Canadian Security Intelligence Service that led to what Rideout called a five-month investigation.

He said the pair discussed a wide variety of targets and techniques.