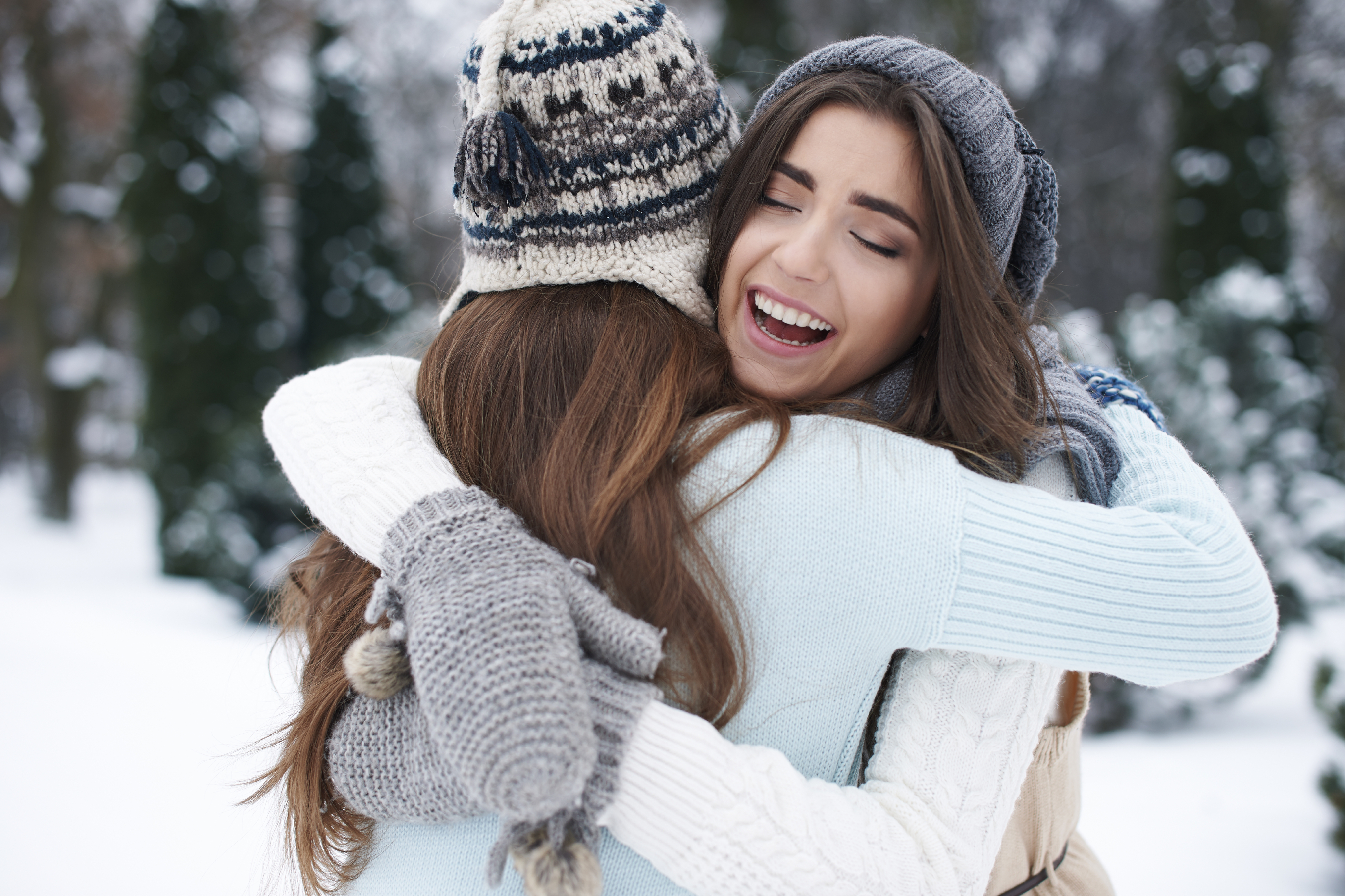 Hugs, like gifts, are a regular part of the holiday season. But it turns out embracing loved ones does more than lift the spirit -- hugging may actually have health benefits.

New research shows hugs can boost the immune system and help protect a person from common viruses and colds. This is especially good news for anyone planning a holiday homecoming in the midst of this year's growing flu outbreak. Simply put, getting hugs every day may help keep the doctor away.

For the study, researchers at Carnegie Mellon surveyed 404 adults about their interpersonal relationships, including how frequently they gave and received hugs from people most important in their lives. The researchers followed the study subjects for 14 consecutive days.

Next, they intentionally exposed the study subjects to the common cold virus, quarantined them and monitored for symptoms of illness.

The researchers found that people who felt they had a higher level of social support were less likely to end up sick, and those who reported getting more hugs stayed healthiest of all. They also found this group had less severe symptoms when they did get sick than those who didn't give and receive as many hugs.

"The apparent protective effect of hugs may be attributable to the physical contact itself or to hugging being a behavioral indicator of support and intimacy," said Sheldon Cohen, a professor of Psychology at Carnegie Mellon University's Dietrich College of Humanities and Social Sciences and lead author on the study.

A number of related studies show that positive interaction with loved ones can have other long-term health benefits. Another study by Cohen found high blood pressure was linked to negative social interaction. Frequent hugging has also been linked to better heart and lung function, as well decreased levels of depression and fatigue.

Scientists say hugs may act as a safeguard because they help trigger the body's production of oxytocin, a hormone that's linked to sexual function and people's ability to bond physically with loved ones. This is why oxytocin is often referred to as the "cuddle hormone." During physical contact levels of cortisol -- the stress hormone -- also drops.