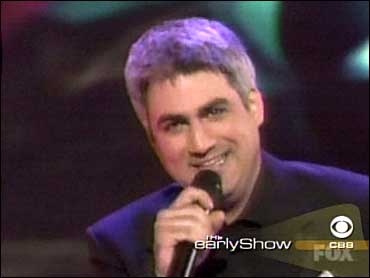 Taylor Hicks is still savoring his victory as the latest "American Idol." But as The Early Show national correspondent Hattie Kauffman reports, music pundits are already questioning whether the soulful singer has what it takes to make it past reality television and into the real music world.

It's one thing to win "American Idol" but another to win over the record buying public — especially if you're gray-haired and 29 years old. Taylor Hicks is ancient by industry standards.

"The record companies are just not interested in anybody over 22 with gray hair," says Michael Laskow, a music agent for Taxi.com

"So the challenge is to figure out a way to capitalize on having 35 million viewers see you a week and figure out how to make them active record buyers," explains Billboard Magazine's Melinda Newman.

Kelly Clarkson is the most successful idol winner, with seven top 20 singles and two Grammy awards.

Clarkson says she never felt that "American Idol" was just a make-believe pop show. "I think that everyone gets in the industry in some manner or form," she says.

Clarkson's star has the risen highest, selling 13 million albums but the others have also climbed the charts. Carrie Underwood sold 3 million albums; Fantasia and Ruben Studdard, 2 million each.

There're more winners than just the official one. Clay Aiken was runner-up two years ago but his record sales are twice as high as Studdard, who beat him.

So what about this year's runner-up, Katharine McPhee? Industry insiders say she may be the next Clay Aiken, outshining the winner.

"The conventional wisdom is that Katharine is stereotypically the easier to market," says Newman. "She's 22, she's pretty, she can sing, you know, she can be fairly more malleable."

At a time when record sales are in a slump, "American Idol" has become a cash cow. All told, 33 million "Idol" albums have been sold and some of the singers have won over the critics. And some think, despite the "age" issue, Taylor has a uniqueness that could make him the biggest "Idol" winner yet.

"I think he's got a really good shot at matching Kelly Clarkson (in album sales)," says Laskow. "I think men are going to buy his CDs, women, kids, grandmas and grandpas will buy it."

Not missing a beat, Taylor Hicks' first single has already been released.

More than 50 percent of Billboard.com voters said they probably would not purchase Taylor Hicks' album. However, 31 percent were willing to wait and buy it only if it is good.