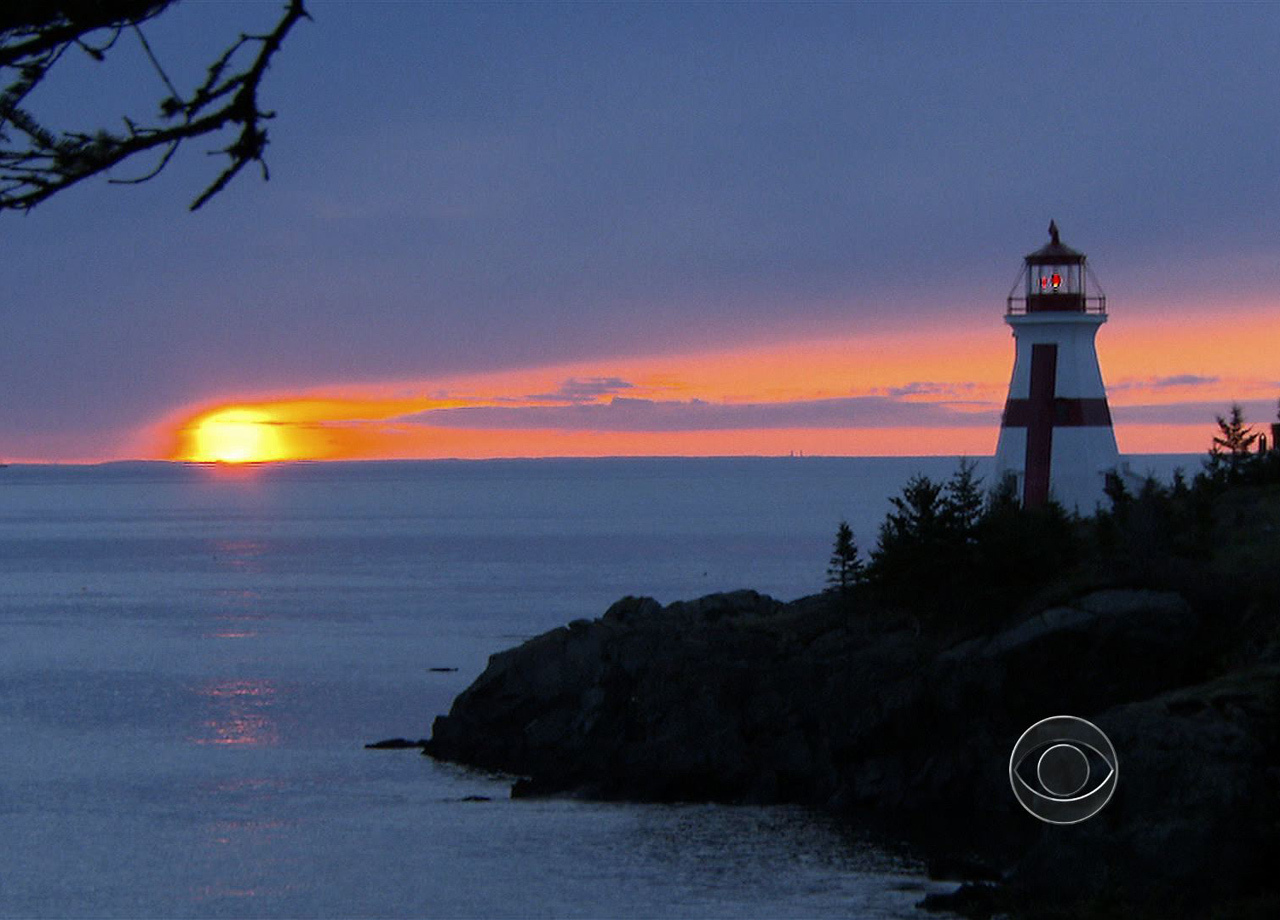 (CBS News) We head next to an island just across our northern border ... an island where a former president is still regarded as a Favorite Son. Serena Altschul shows us why:

Sunrise at Campobello - it's more than the name of a famous play and film. It's truly a sight to behold.

For the wealthy Roosevelt family, this small Canadian island was an escape from the heat of New York summers - and the constraints of New York society.

"My sense is that, probably more than any place, he could be himself on Campobello Island, because when you are on an isolated island it is all of a sudden a very small community," said FDR's grandson, Christopher Roosevelt. "And all the members of the community are essentially the same. They're equal. There's nobody special.

"He was treated by the islanders as just a regular individual, and that in turn enabled him to relate to them as just regular people. And I think he admired them for all the things, the strengths, the resources that they had because of that relationship. And I think it brought him closer to recognizing that, you know, we're all the same."

Spread-across the nearly 3,000 acres of the family's former estate, the park is jointly funded and managed by the United States and Canada.

"The park is, we believe, the only true international park in the world," said Christopher. "It is the only park where two nations have gotten together and, under a treaty, have formed this special memorial not only to FDR but to the mutual friendship and respect between two nations that share the world's longest border."

The Roosevelts' 34-room cottage still looks as if the family had just stepped out for a quick swim. Franklin's ashtray is at the ready. And Eleanor's megaphone is there, on the porch.

Park guides Theresa Mitchell and Darlene Savage are, respectively, 6th - and 7th-generation islanders, and like so many Campobello natives, they speak of Eleanor and Franklin as if they were dear friends.

And by all accounts, the feeling was mutual.

As a boy, FDR learned to sail under the tutelage of island fishermen - no small accomplishment. Here, in the Bay of Fundy, you'll find the highest tides in the world - rising and falling as much as 30 feet every six hours.

Franklin, Eleanor, and their five children enjoyed a vigorous outdoor life. They lived without electricity or a telephone. Eleanor indulged in just one high-society practice: Every day at three p.m., she served tea.

But it was a democratic affair, and children from island families were always welcome.

"She was the kind of girl, if she said, 'I'm bringing five,' make sure you're ready for ten," said Mitchell.

She described Eleanor as very social. "She enjoyed having company," she told Altschul. "She didn't love things; she loved people. She always had an open ear. I think that's what made her such a great first lady."

As for Franklin, he suffered a debilitating attack of polio in this bedroom in 1921, at age 39. There are many theories as to how he found the strength to lead the United States through the Great Depression and on to victory in the Second World War.

"He hadn't been sedentary, he'd been outside. He'd been enjoying the world and not always from a steamer window, right?" said Smart. "Out in it, enjoying the coastline. Because if you're going to survive on an island like this, you've got to be mentally tough. And you've got to be willing to take some risks."

In 1921, FDR had left Campobello on a stretcher, uncertain of his future. He returned, 12 years later, as leader of the free world.

"I think he had such a love for the island and the people on the island that he just had to go back there," said Chris Roosevelt.

He believes that for his grandfather, Campobello always remained his "beloved island," and it's no surprise that its people welcomed him back as one of their own: "It was kind of a place where he became rejuvenated. He became fed and nourished by those relationships, and I think that's why he kept going back to Campobello."

The pursuit of wisdom