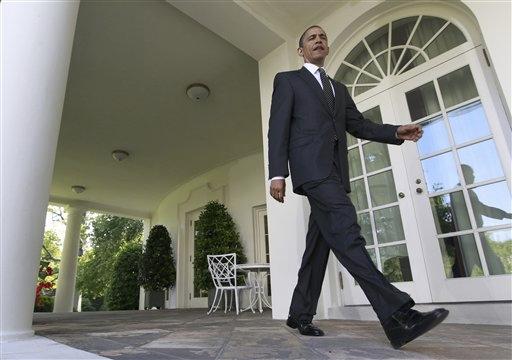 President Bush and Sen. John Kerry took their campaign battle to the Midwest on Wednesday, with Kerry questioning the president's leadership on Iraq and Mr. Bush suggesting Kerry can never achieve victory in the war on terror.

"This president likes to say he's a leader," Kerry said in an appearance in Waterloo, Iowa. "Mr. President, look behind you. There's no one there. It's not leadership if no one follows."

Kerry also promised to reverse mistakes he said Mr. Bush has made in Iraq.

"If President Bush cannot recognize the problems in Iraq, he will not fix them. I do recognize them and I'll fix them," Kerry said. "All Americans are concerned about the outcome in Iraq. Now, they have a choice. More of the same failed policy. Or a fresh start."

Kerry said U.S. leaders must stop treating other countries with "contempt," driving them away from a role in Iraqi security and reconstruction. He also repeated charges that the president's conduct has made the United States weaker, not stronger, in the war on terrorism.

"America is fighting and must win two wars. The war in Iraq, and the war on terror," Kerry said. "Iraq was a profound diversion from that war and the battle against our greatest enemy, Osama bin Laden and the al Qaeda network. But now that we're fighting two wars, we must and we will prevail in both."

Less than 100 miles away, Mr. Bush said Kerry misunderstands the challenge in Iraq. Speaking at a rally in Mason City, Iowa, the president said Iraq is not a "diversion," as Kerry has said, but a central challenge of the war on terror.

Mr. Bush also suggested Kerry can never win the war on terror. "You cannot win a war when you don't believe you're fighting one," he said.

Mr. Bush said Kerry's statements indicate he thinks the battle against terrorism is more a police and intelligence problem than a global war. The president called it "very dangerous thinking" and a "fundamental misunderstanding" of the threat posed by terror networks.

Iowa has seven crucial electoral votes and polls have shown the candidates neck-in-neck in that state. It's one of a handful of Midwest states considered still up for grabs two weeks before Election Day.

The campaigns will hit the other Midwest battlegrounds later Wednesday. Mr. Bush will visit Minnesota and Wisconsin, while Kerry will travel to Pennsylvania and Ohio.

Also Wednesday, the Bush campaign said religious broadcaster Pat Robertson was wrong in claiming that Mr. Bush told him the U.S. would not suffer any casualties in Iraq.

"It's not accurate," Bush campaign adviser Karen Hughes told CBS News. "It's not the kind of thing the president would say."

Robertson, a strong Bush supporter, said Tuesday night on CNN that he warned Mr. Bush before the Iraq war to prepare the American people for casualties.

Robertson said Mr. Bush replied, "We're not going to have any casualties."

Kerry toughened his attacks on the president's leadership a day after fierce words from Mr. Bush and Vice President Dick Cheney about Kerry's fitness to make national security decisions.

Cheney on Tuesday raised the possibility of terrorists using nuclear weapons against U.S. cities and said Kerry hasn't made the case that he could handle such nightmarish scenarios.

"I don't believe it," the vice president said. "I don't think there's any evidence to support the proposition that he would, in fact, do it."

Mr. Bush, a day earlier, said the Massachusetts senator stands for "protest and defeatism" in Iraq and that Kerry would lead the nation toward "a major defeat in the war on terror."

Kerry's running mate, Sen. John Edwards of North Carolina, accused the Republicans of trying to scare the voters into re-electing the president. "While they campaign on fear, we're going to talk about the facts," he said.

National surveys show the race remains a statistical dead heat. But both campaigns claim that their man is moving up and that the all-important "big mo'" is swinging their way.

Newly released polls in two of the most hotly contested battleground states showed Kerry with a slight edge, but within the margin of error.

Kerry led Mr. Bush 45 percent to 44 percent in Florida. The poll of 641 likely voters was conducted from Oct. 10-15 and had a margin of error of four percentage points.

An ABC News poll in Ohio had Kerry leading Mr. Bush by 50 percent to 47 percent. The poll of 789 likely voters conducted Oct. 14-17 had a margin of error of 3.5 percentage points.

Both campaigns were getting some outside help for the stretch run. Former President Clinton will campaign for Kerry early next week in Philadelphia, a senior Democratic official said Tuesday. The Kerry campaign has been discussing appearances in other battleground states by Mr. Clinton, who is recovering from heart surgery.

President Bush is getting help of his own from his national security adviser, Condoleezza Rice, who is making a series of speeches in swing state in an apparent departure from the usual non-political image of the president's chief security aide, The New York Times reports.