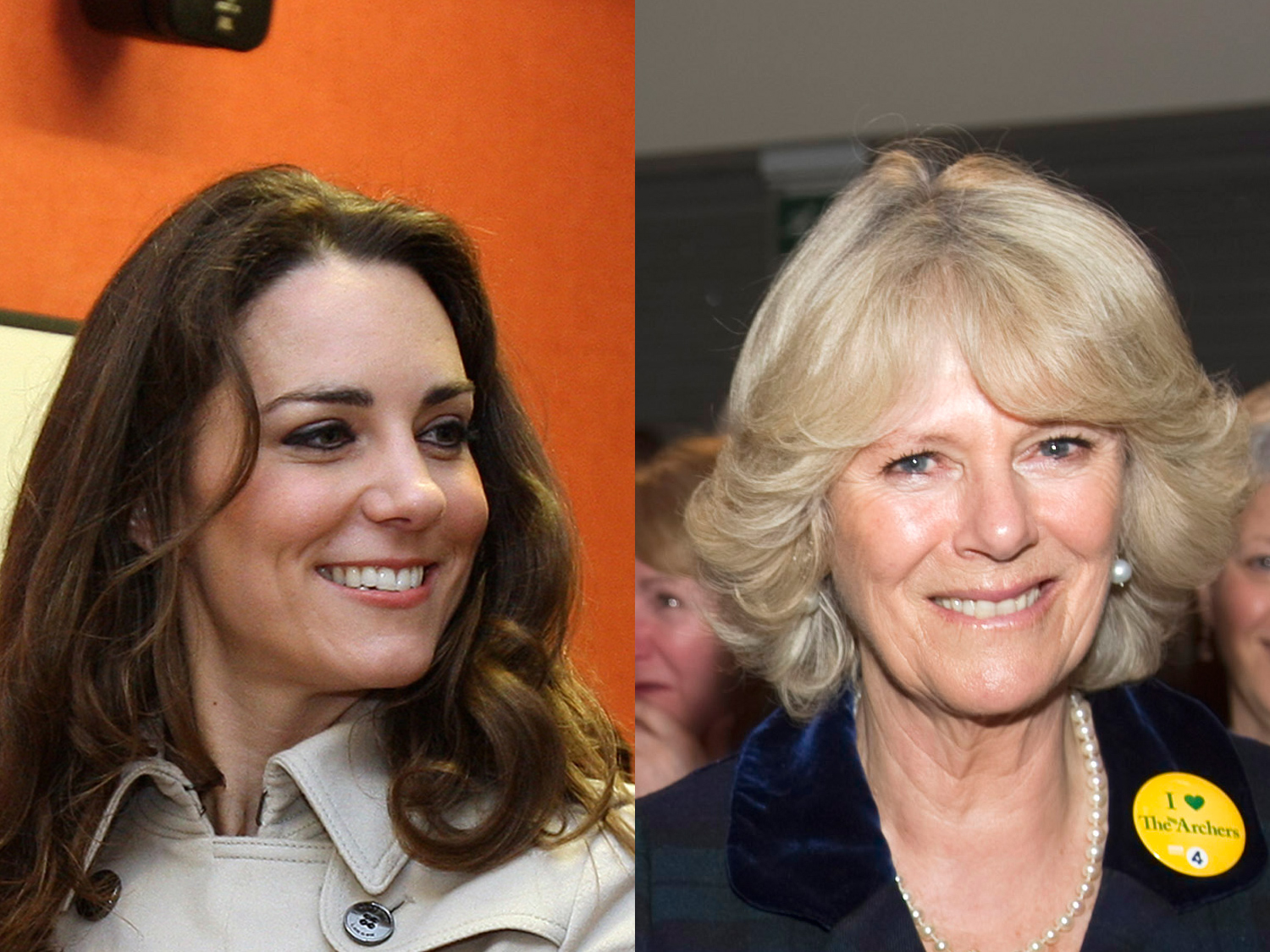 "Kate's a lovely girl," Camilla, Duchess of Cornwall, told students during a visit to the Covent Garden Academy of Flowers on Wednesday, according to the British paper Express. "We're very lucky. I'm very much looking forward to the wedding."

Camilla, 63, has reportedly been acting as an advisor to Middleton, 29, and the two have been spotted out in public twice recently. Last month, they were photographed having lunch together in London's Knightsbridge neighborhood, and last week Middleton accompanied Camilla and Prince Charles to the Royal Opera House to see the Royal Ballet's performance of "Alice's Adventures in Wonderland."

While in Covent Garden, Camilla talked a bit more about the April 29 event - including granddaughter Eliza Lopes' role in the ceremony.

"One of my granddaughters is a bridesmaid," she said. "She's only 3 and it will be quite nerve-wracking for a little one. But she will enjoy it."