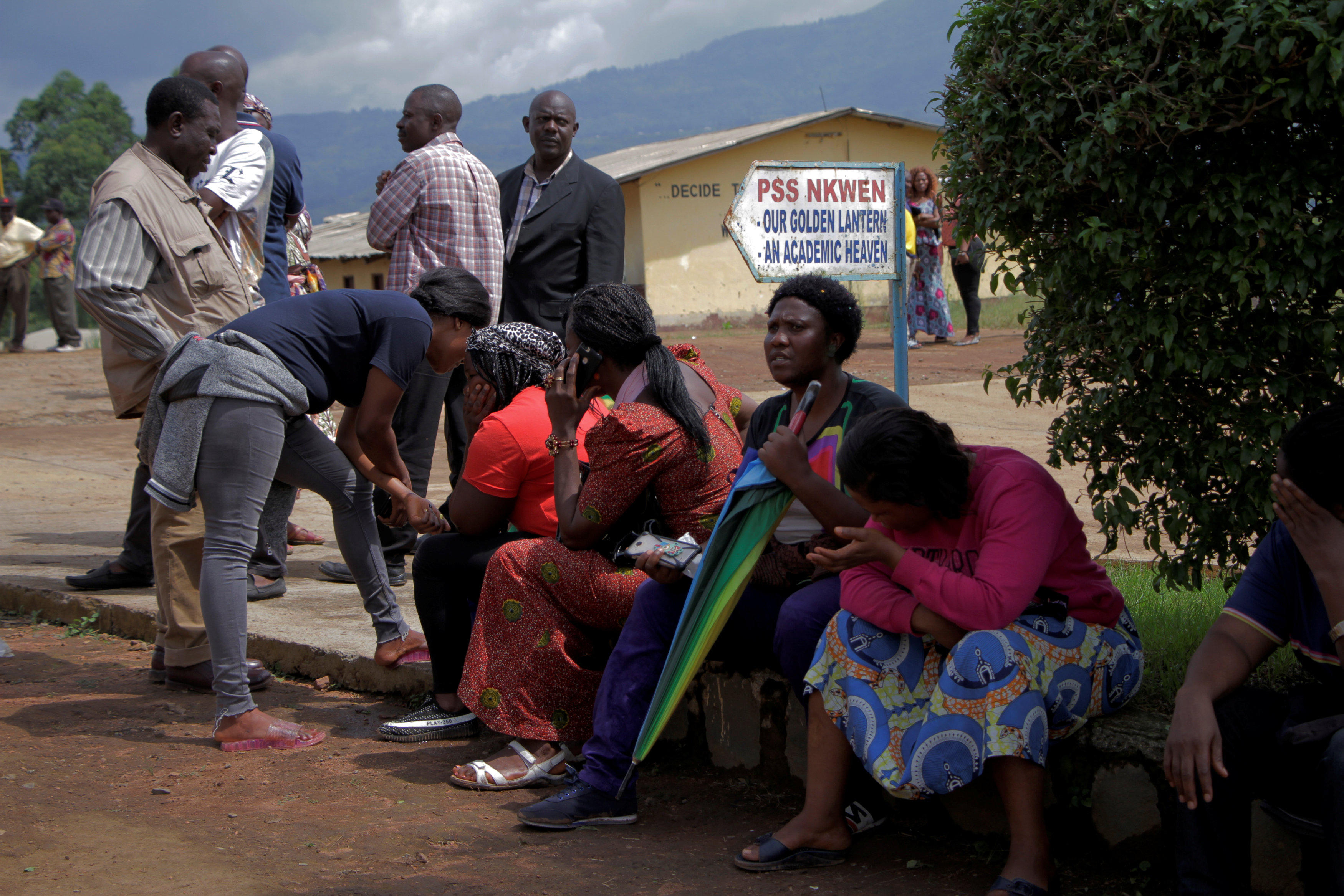 YAOUNDE, Cameroon -- A church official in Cameroon says that the 79 students kidnapped by unidentified gunmen have been released, but two of the three staff members abducted are still being held. Fonki Samuel Forba, moderator of Cameroon's Presbyterian Church, said Wednesday that the schoolchildren, who had been kidnapped Sunday night from a church school, had been left at a church near Bamenda, the capital of the troubled English-speaking North West region.

He said the students looked tired and as if they had suffered during their captivity.

He pleaded with the kidnappers to free the staff still held. He had asked parents and guardians to take home all their children. He said the Presbyterian boarding school with 700 students is being closed because of the security situation.

A video purportedly of the kidnapped children was released on social media Sunday via men who call themselves Amba boys, a reference to the state of Ambazonia which armed separatists are trying to establish in Cameroon's northwest and southwest regions.

In the video, the kidnappers forced several of the young male students to give their names and the names of their parents. The children said they were kidnapped late Sunday by the Amba boys, and they don't know where they are being held.

"We shall only release you after the struggle. You will be going to school now here," say the men who identified themselves as Amba boys. While the video could not be independently verified, parents reacted on social media saying they recognized their children in the video.