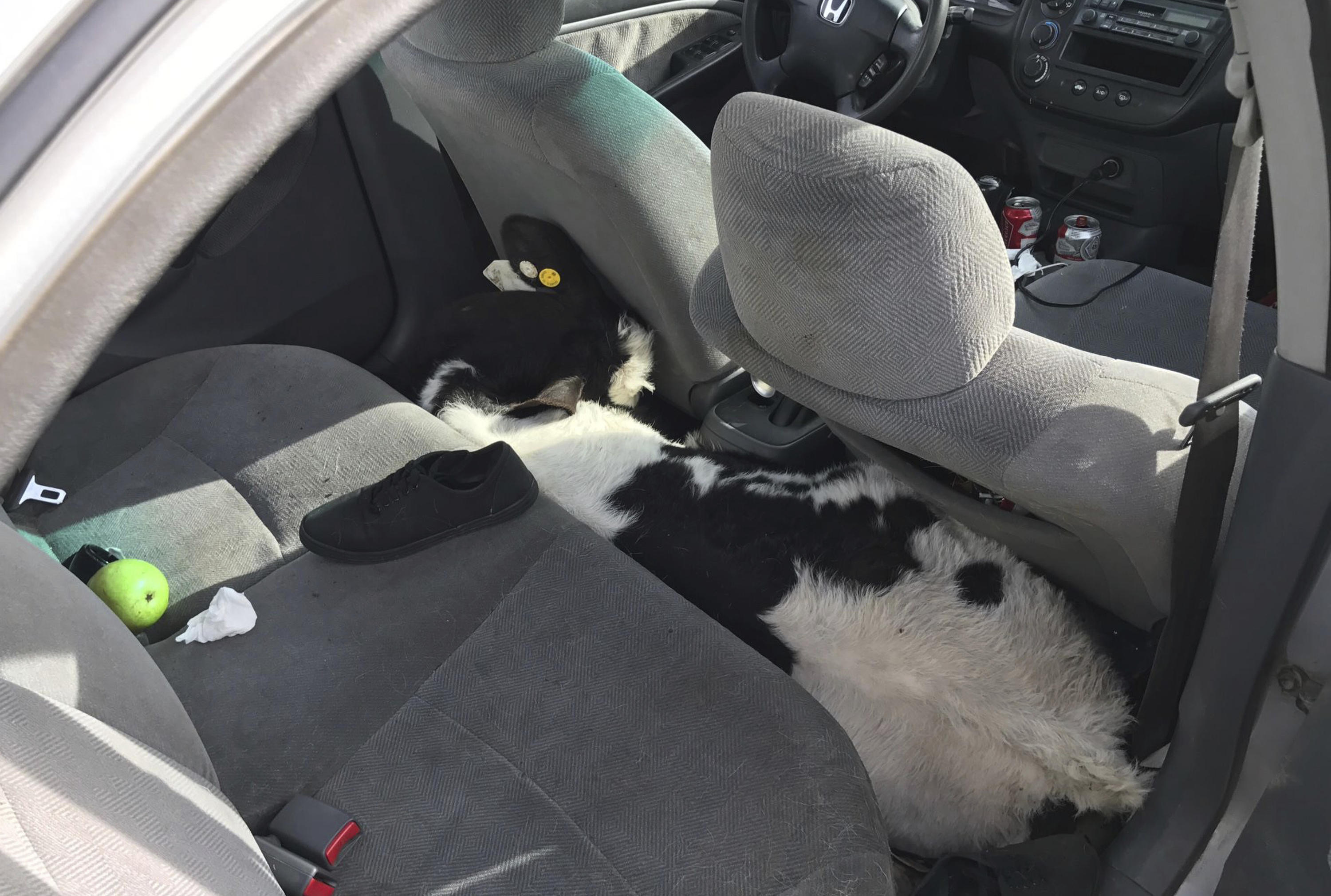 BEAUMONT, Calif. -- It was one of the more unusual calls the California Highway Patrol has received: Someone reported seeing a cow trying to climb out of a small car parked alongside an interstate.

Another calf was crammed into the floor of the backseat. Both calves’ hooves were tied.

Investigators say the driver was nowhere to be found. The car is registered to an address in Tulare County, more than 250 miles away.

Authorities said Monday that the vehicle had not been reported stolen. It’s been impounded as evidence.

The calves will be cared for at a ranch while officials try to determine who owns them.

R. Kelly sentenced to 30 years in prison
Thanks for reading CBS NEWS.
Create your free account or log in
for more features.
View CBS News In
CBS News App Open
Chrome Safari Continue
Be the first to know
Get browser notifications for breaking news, live events, and exclusive reporting.