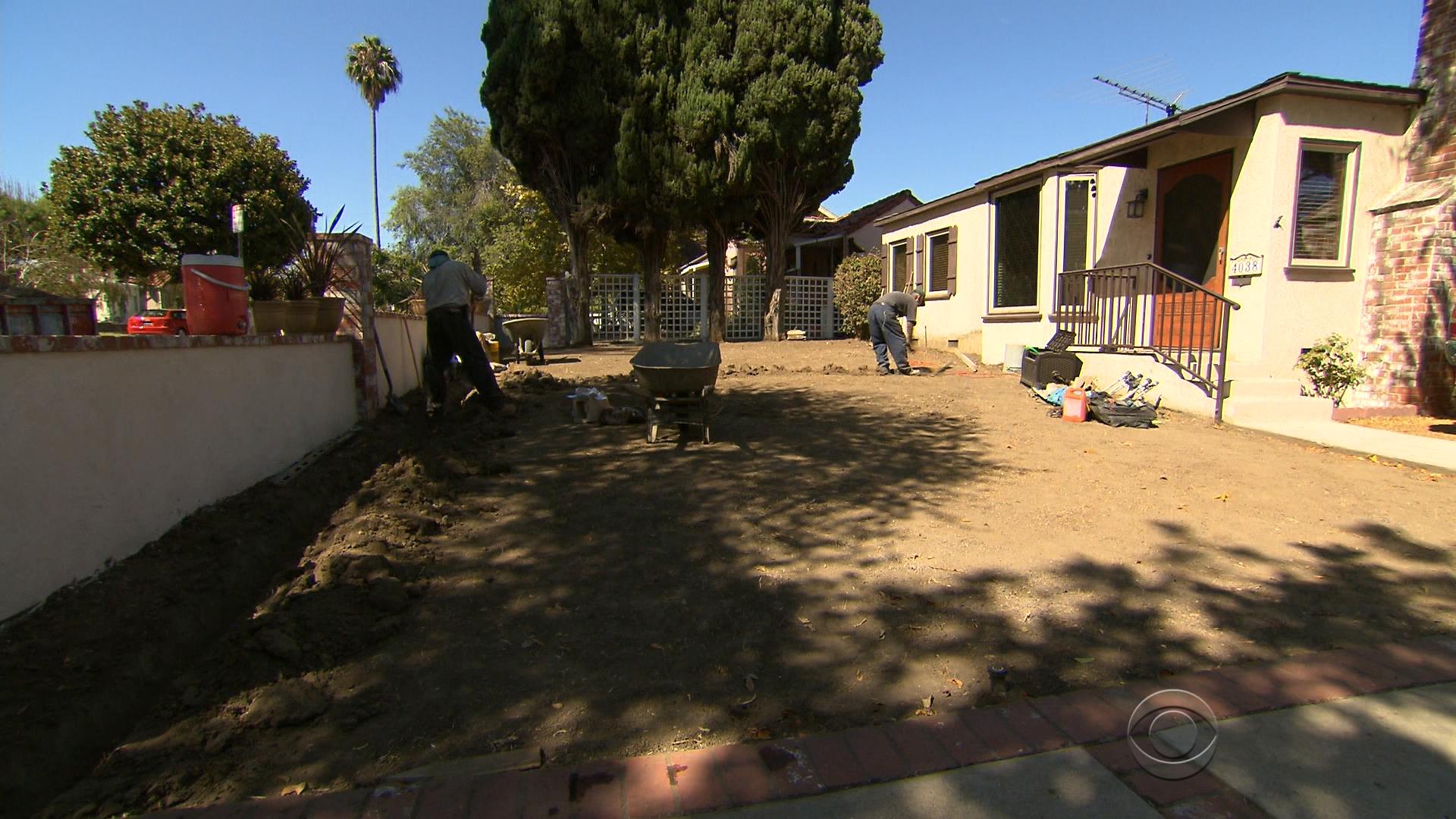 As Californians struggle with one of the worst droughts in their history, the landscape of the state is changing. Increasinly, in laws and backyards, homeowners are choosing a new look. Green is out. Brown is in.

"I get phone calls almost every day from people wanting to take out their lawns," she said, explaining how the lawn industry might adapt. "The industry and professionals at all levels: gardeners, homeowners, nursery people."

Corra herself has traded thirsty plants for drought tolerant ones in her own yard. She says she's saved nearly half on her water bill by having a garden with no grass.

"If you have a spray irrigation in your front yard, that spray head puts out about the same amount of water as a shower head in your bathroom," she said. "So, when you turn on your sprinklers, you have a basketball team showering on your front lawn."

Homeowner Paul Moser once had the biggest lawn on the block. No more; he's getting ready for a yard filled with cactus and other drought-resistant vegetation.

He says having the lushest lawn on the street is a thing of the past.

"This is not going to go away," Moser said. "This is the new normal."

At California's state capital, the new normal is a parched brown lawn, something you find just about everywhere in the Golden State. But Corra says Brown is not the new green.

"They need to make their lawns look pretty," she explained. "You don't have to make a statement by having a brown lawn. That's not the statement to make."

What is, she says, is cultivating a bit of creativity and leaving the water behind.