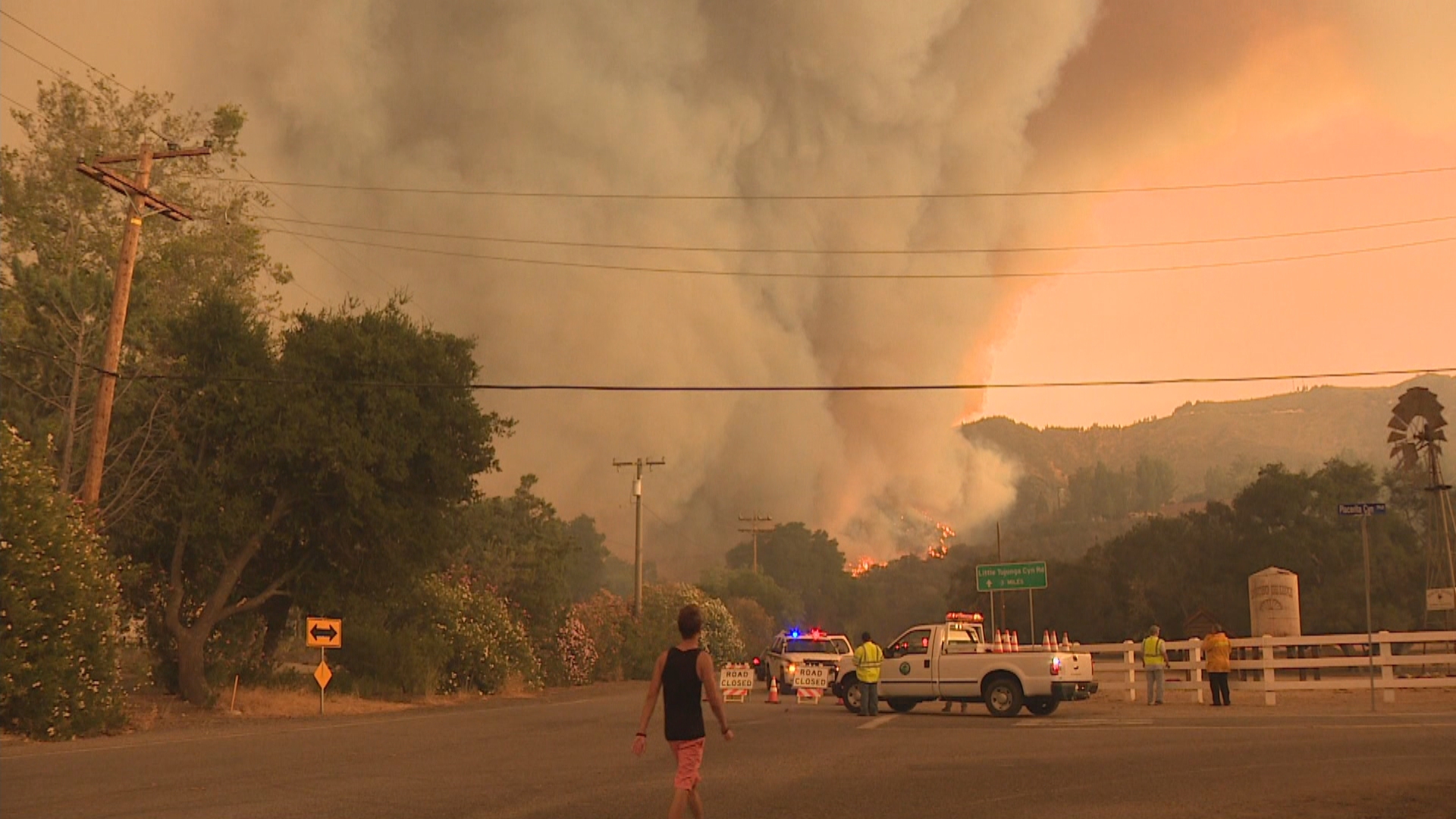 Wildfires are closing in on several California neighborhoods, forcing thousands to evacuate. A fire near Big Sur has destroyed at least six homes and grown to 17 square miles. Another fire three times larger in Santa Clarita Valley has destroyed 18 buildings since Friday, about 30 miles from downtown Los Angeles.

As the fire surged toward a string of small communities late Sunday, crews dropped retardant and water from above while firefighters on the ground set up to protect people's homes. The fire has already destroyed more than a dozen structures.

"This is a fifth year of an ongoing drought so we have very extreme fire behavior," Los Angeles Country Fire Department Chief Daryl Osby said. "I recognize for some of our citizens, they have seen fires before, but these are not normal times."

Investigators discovered a man's body in this burned out car. His death remains under investigation. But firefighters say it's a reminder that homeowners need to be prepared to leave at a moment's notice.

"Unfortunately we lost one life...our priority as firefighters is we never want to lose lives. We feel that that is preventable," Osby said. "When law enforcement say evacuate, that means evacuate."

But Cliff Loth said he stayed to protect his home.

"I have not been in anything this close before," Loth said.

"Why did you stay, Cliff?" Villarreal asked.

Another threat to firefighters' progress: drones. An unauthorized drone forced firefighters to ground their helicopters for about a half hour Sunday afternoon.