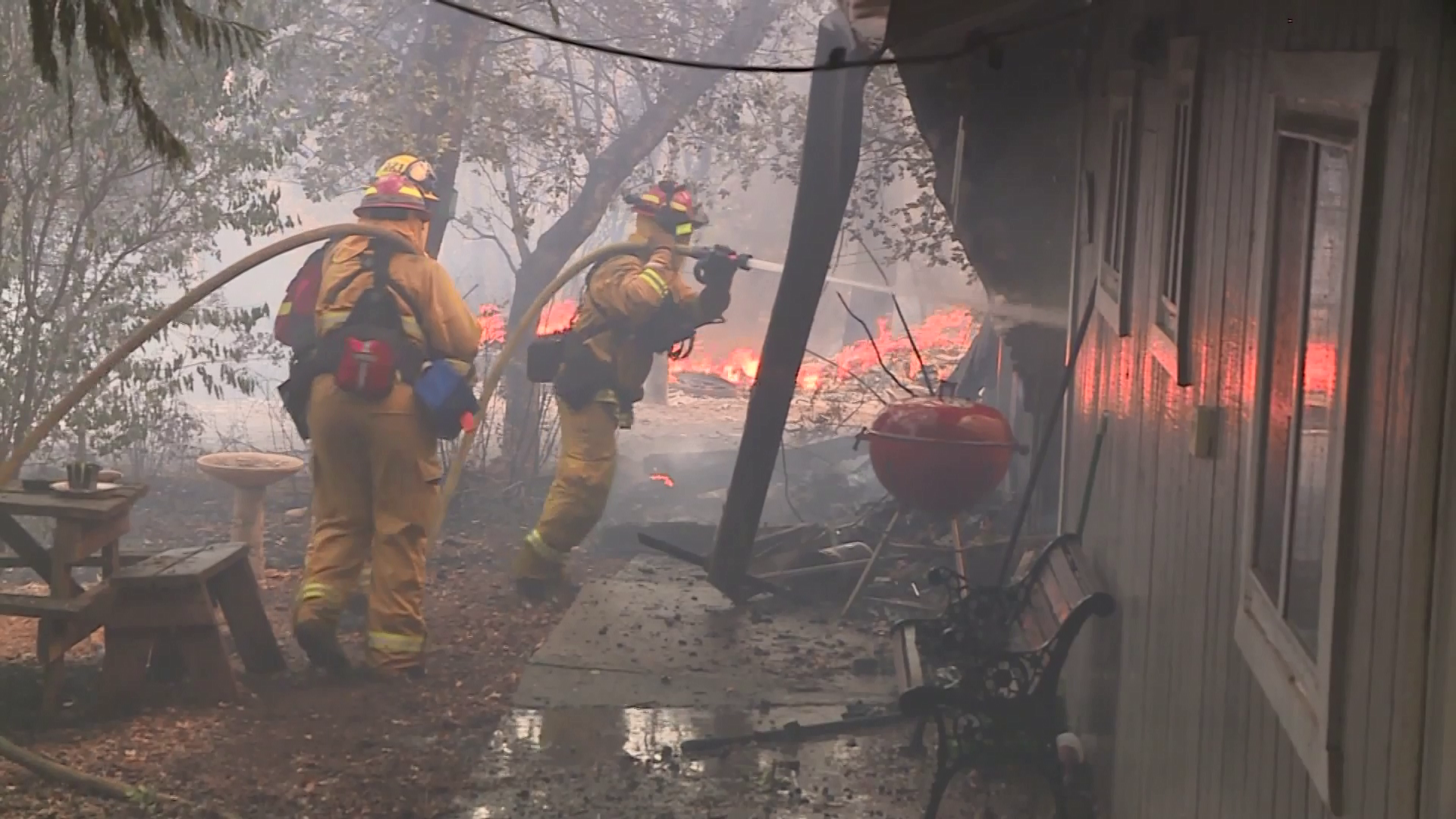 SACRAMENTO — A huge wildfire that killed dozens of people in Northern California and destroyed thousands of homes has been fully contained Sunday after it had burned for more than two weeks, according to officials. The so-called Camp Fire, which started Nov. 8, ended up scorching more than 153,000 acres (240 square miles).

The blaze was put out by firefighters after days of rain in and around the devastated town of Paradise, which was virtually consumed in a day. The Camp Fire, the Golden State's deadliest wildfire in a century, killed at least 85 people and left some 249 others on a list of those unaccounted for. Officials said the number of missing dropped in recent days as more people were confirmed alive.

Crews continue to sift through debris and ash for human remains. Nearly 19,000 buildings, most of them homes, were destroyed.

"It's certainly good to be done with the containment of this fire, even though there's still a lot of work to be done moving forward," fire spokeswoman Jennifer Erickson said.

In Southern California, more residents have returned to areas hit by the Woolsey Fire, which was brought under containment Nov. 21 after burning for two weeks. Three people died in that blaze and some 250,000 people had to flee their homes. In total, 1,643 buildings, most of them homes, were destroyed, according to fire officials.

Meanwhile, after spending nearly three weeks on the front lines of the Camp Fire, crews with both Folsom and Sacramento fire departments are just now returning home, according to CBS Sacramento.

The Folsom strike team arrived at the Camp Fire that fateful Thursday afternoon, just as the blaze was tearing through town. The Folsom crew assigned to Butte Creek Canyon just outside Paradise.

As the flames bore down the Folsom crew made several daring rescues, but soon found themselves cut off, needing to make a quick escape.

"We were able to save ourselves so to speak, and in that process, we found some other people who were trapped by debris trees, and wires. We assisted in getting them out," Piacentini said.

"We put them in our truck, our fire engines. There were other civilians that were coming down and we were able to flag them down."

At the same time nearby, a Sacramento strike team was moving towards Paradise. Their mission was to save structures in a town already ablaze.

"When you roll into town and Safeway is on fire, and McDonald's is gone and everything around it is gone. That day I knew it was a big one and we were going to be there for a while," said Captain Rick Marrs with the Sacramento Fire Department.

With limited resources, the Sacramento crew saved house after house, but it was the ones they couldn't protect that they'll remember the most.

"When I turn around and have to walk away from a house. And I look at that house and think, 'this is someone's retirement home and everything they have is inside that house and there's nothing I can do,'" Marrs said.

Both crews say the people of Paradise were grateful, reaching out however they could to offer thanks. And despite being both physically and mentally exhausted, firefighters say their thoughts are with the community as they endure the holidays while suffering so much loss.

"I've been out on other strike teams before and wildland fires before, but nothing like this," Marrs said.

"Then you throw on top the number of lives lost this close to the holidays and it does leave an impact on you," Piacentini said.