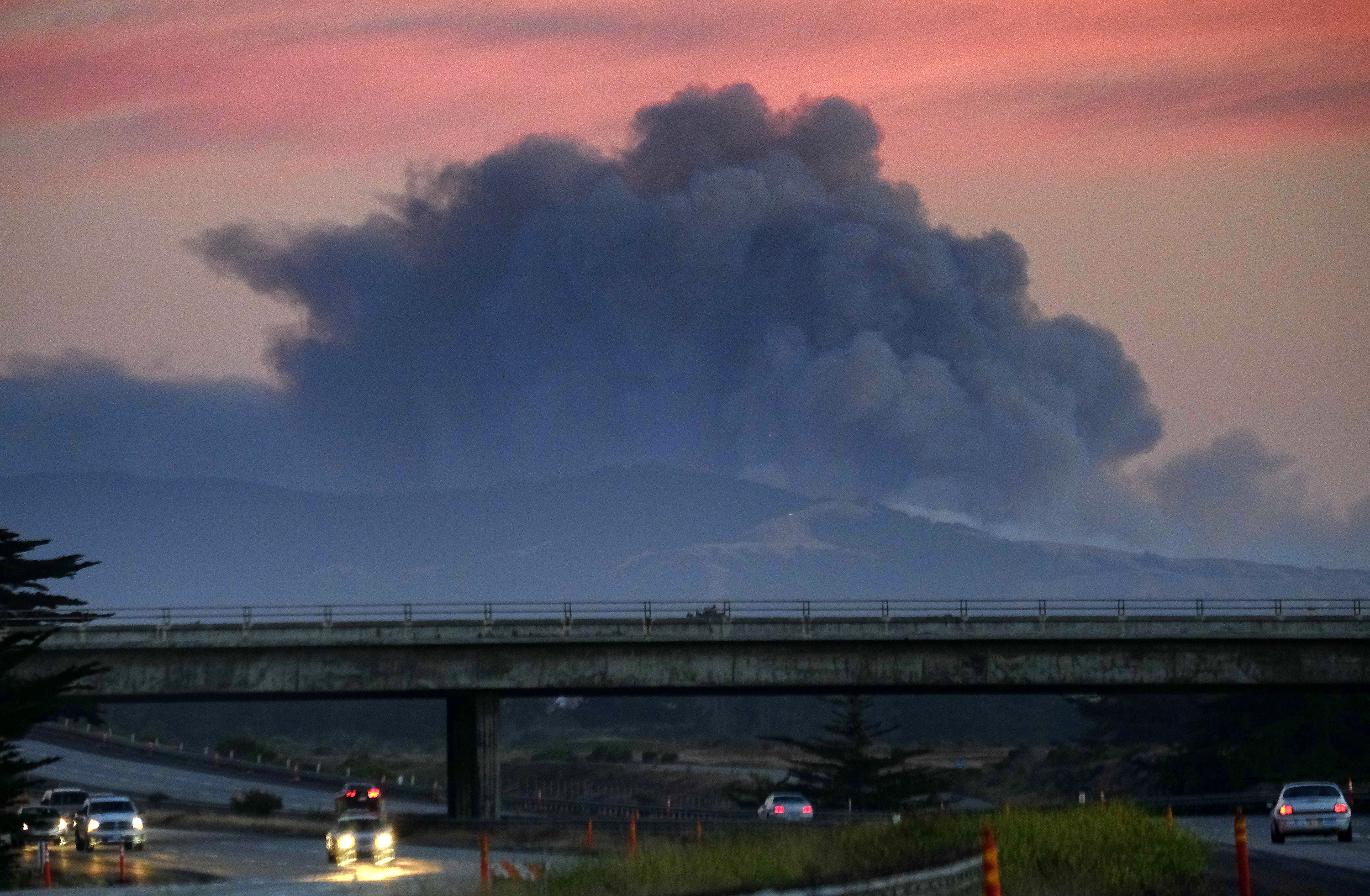 LOS ANGELES, Calif. -- Wildfires burned out of control Saturday in mountains north of Los Angeles and near Big Sur on California's scenic Central Coast, posing a threat to 2,000 homes and to a sanctuary for exotic animals which was being evacuated, authorities said.

Southern California firefighters toiled in another day of triple-digit heat from a dome of high pressure over the region, and while Central Coast temperatures were more moderate, conditions included winds and low humidity.

The fire in northern Los Angeles County grew to more than 17 square miles, spreading smoke across the city and suburbs, reducing the sun to an orange disk at times. A smoke advisory was in effect for the San Gabriel Valley, San Fernando Valley and other parts of Los Angeles County, CBS Los Angeles reported.

Containment was estimated at just 10 percent.

The fire erupted Friday afternoon in the Sand Canyon area of suburban Santa Clarita near State Route 14 as the region was gripped by high heat and very low humidity. Winds pushed it into the adjacent Angeles National Forest.

The fire was a threat to 1,000 homes by Saturday afternoon and those communities were advised to pay attention to news, Los Angeles County Deputy Fire Chief John Tripp said.

"But if we were to get very extreme fire behavior, we're up to 45,000 homes... mainly down in the San Fernando Valley," Tripp said.

Neighborhoods within the city of Los Angeles lie along the so-called urban wild land interface at the northeast edge of the valley. Tripp said the Los Angeles fire chief was ready to join the incident command.

Some 400 animals were being evacuated from the Wildlife Waystation, a nonprofit sanctuary for rescued exotic creatures within the national forest.

The sanctuary's Facebook page appealed for donations of flatbed and enclosed trucks as well as an air-conditioned warehouse to house the animals.

Over many years, the sanctuary has cared for thousands of animals ranging from lions and tigers to primates and exotic birds.

"There's not much you can do, is there?" Paul Kelly, an evacuated resident, told CBS Los Angeles. "You can just hope, that's all."

Metrolink train service in the area was halted Friday and on Saturday was subject to delays.

About 300 miles up the coast, California Department of Forestry and Fire Protection firefighters battled a nearly 3-square-mile blaze in rugged mountains north of the majestic Big Sur region.

The blaze five miles south of Garrapata State Park posed a threat to 1,000 homes and the community of Palo Colorado was ordered evacuated, Cal Fire said. A middle school in Carmel-by-the-Sea was readied as an evacuation center.

More than 300 firefighters were on the lines.