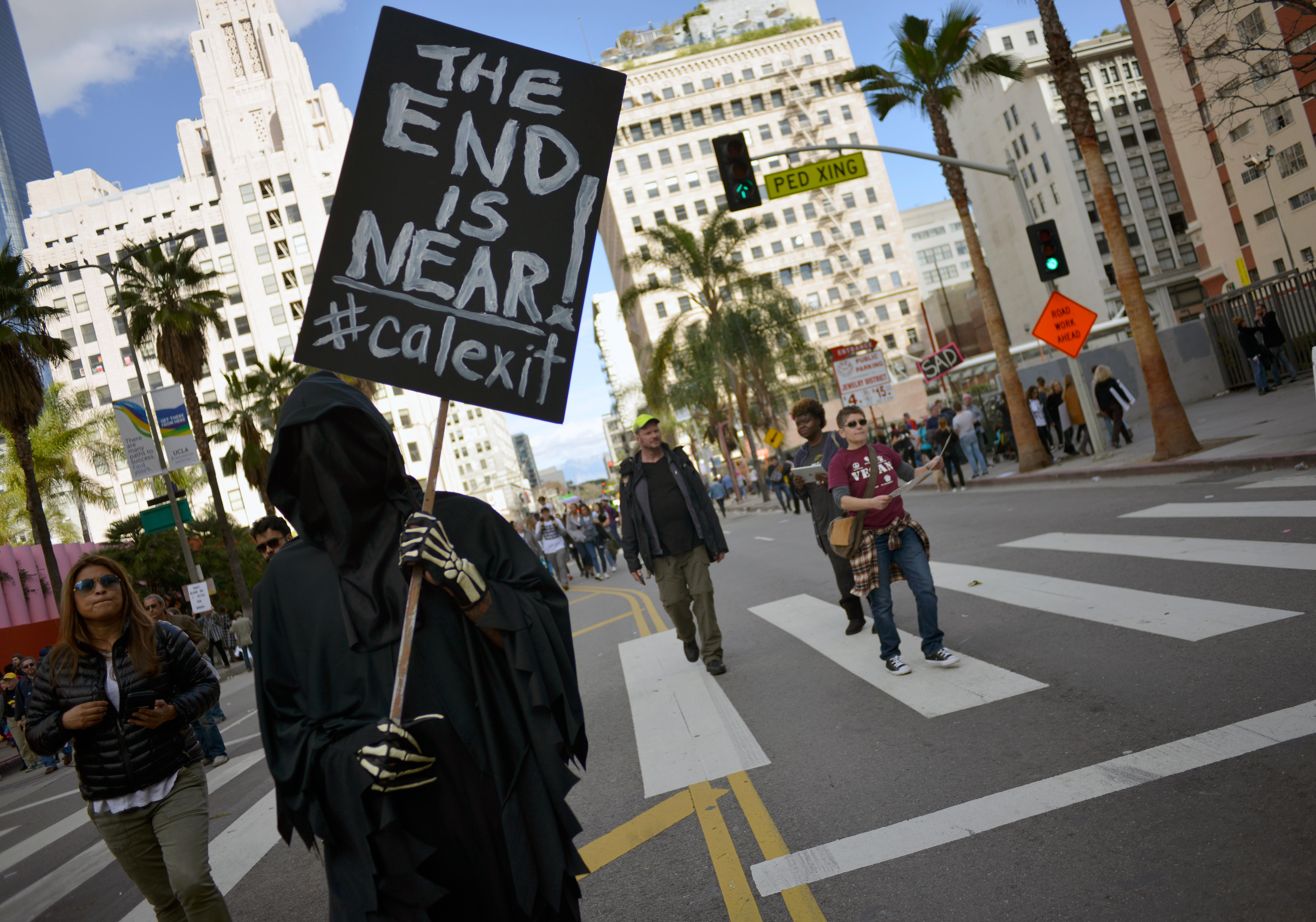 SACRAMENTO, Calif. -- Advocates looking for California to secede from the United States can begin collecting signatures for a longshot initiative asking voters to weigh in, Secretary of State Alex Padilla said Monday. The proposed initiative is the third so-called Calexit proposal since President Trump's election.

Previous efforts were withdrawn or failed to gather the required signatures.

The latest would ask voters about secession in 2020. If it passed, a second election would be held a year later asking voters to affirm the decision.

Marcus Ruiz Evans, co-founder of the group Yes California, said the second vote would show that Californians are serious about secession and would strengthen the case for foreign governments to recognize the state's independence.

Separately, another initiative aims to ask Californians whether the state should be split into three separate states. Organizers say they have more than the nearly 366,000 signatures required, but if it gets on the ballot and passes Congress would still need to approve the measure.

Evans and Yes California co-founder Louis Marinelli also proposed independence initiatives in 2015 and 2017. They did not turn in signatures in 2015 and withdrew the 2017 Calexit proposal amid scrutiny of Marinelli's ties to Russia. A rival group, California Freedom Coalition, proposed a Calexit initiative but did not turn in the required signatures.

Proponents have until Oct. 17 to collect the required number of signatures.

Previous Calexit initiatives would have deleted a portion of the state constitution that says California is an inseparable part of the United States. The latest version does not change the constitution.